The site, served by LabCorp, will plan to start giving around 500 doses of the vaccine a day

As Massachusetts crosses an important vaccine milestone this weekend, it is soon taking another step to further expedite the statewide inoculation process.

Starting Monday, Natick Mall opens as the state's newest mass vaccination site, joining four others already up and running for residents eligible to receive their shots.

The Natick site, served by LabCorp, will plan to start giving around 500 doses of the vaccine a day. Eventually, officials there hope to administer about 3,000 doses a day.

The site will start administering 500 doses a day to start, with a goal of scaling to 3,000 a day.

The Natick Mall joins Gillette Stadium, Fenway Park, the DoubleTree in Danvers and the Eastfield Mall in Springfield as the mass vaccination sites open in the state thus far. The former Circuit City in Dartmouth is slated to open on Feb. 24.

People say a fifth mass vaccination site is a step in the right direction, but they say there still aren't enough of them.

“I think we need more vaccination sites near the Cape Cod area because down there there’s a lot of older people that need vaccinations and the rest of the age group and they’re driving long distances to get the shot,” Benjamin Baker, of Raynham, said.

“I think it’s a great idea, especially because there are so many people that haven’t gotten it yet and with all this virus going around it’s better off if they have more sites,” Tammi Stevens, also of Raynham, said.

The federal government blamed the delays on winter weather and staffing shortages. In Framingham, Saturday's coronavirus clinic was postponed two weeks, before the state announced more than 135,000 doses had arrived three days earlier than expected.

Mass vaccination sites currently account for about half of the appointments available, according to the state's vaccine finder website.

The state reached a critical milestone Saturday, announcing that more than one million people have now received the first dose of the vaccine and more than 370,000 have already had their second dose.

In total, nearly 1.4 million doses of the vaccine administered in the Bay State.

The good news comes after a frustrating week of setbacks the state’s vaccination process, including anticipated delayed shipments of vaccine doses due to inclement weather.

"The Administration appreciates the efforts made to get this critical shipment here and is not anticipating additional delays from the federal government for vaccine shipments at this time," Command Center spokesperson Kate Reilly said on Friday.

State and local leaders hosted a roundtable Saturday to discuss racial disparities with vaccine distribution in Massachusetts. Lawmakers say underserved communities need all the resources they can get.

Baker earlier in the week had suggested sending the national guard down south to retrieve the delayed vaccine shipments. 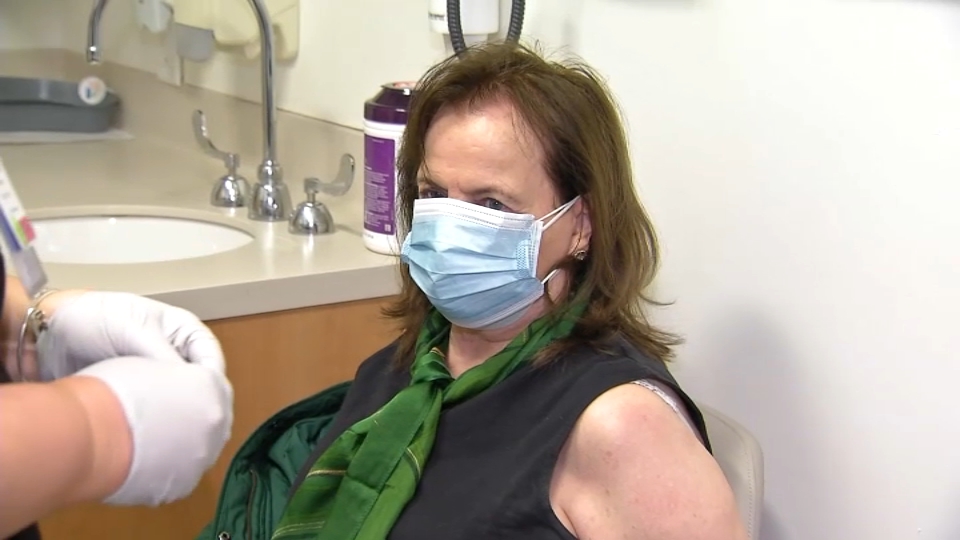 ‘It's Like Christmas': Bostonians Thrilled to Get COVID Vaccine at North End Clinic