National Parks Could Be This Summer's Go-to Vacation Spots

Trip organizer Natural Habitat Adventures typically plans exciting excursions like African safaris, yacht cruises through the Galapagos and close-up encounters with pandas. These trips have been put on hold though as the Covid-19 pandemic continues to crush the travel industry ahead of the typically busy summer season.

However, Nat Hab President and founder Ben Bressler is confident that some of his company’s trips will still move forward this summer.

“We do plan on, at the moment, running some trips to U.S. national parks in July,” Bressler said. 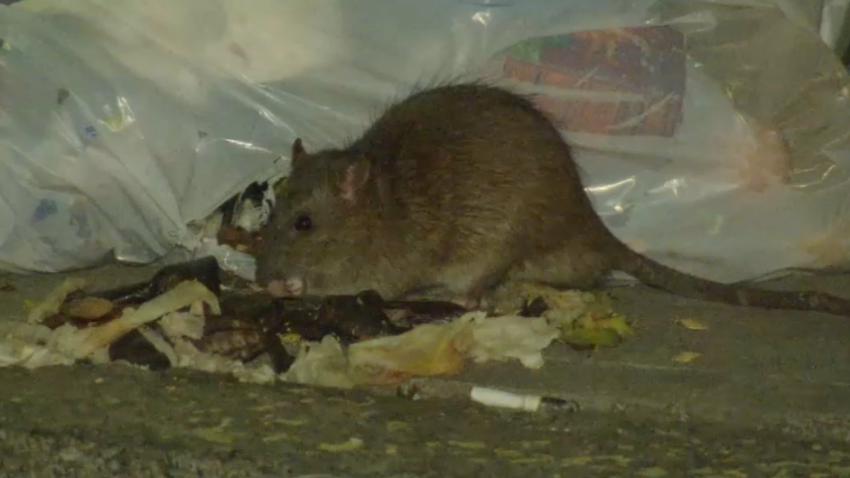 Rat Sightings Are on the Rise in Boston. Here's Why It Could Be Happening

National parks across the country are in the process of reopening, with iconic destinations like the Grand Canyon and Old Faithful already accessible to visitors. The parks are usually popular vacation spots — in 2019, the National Park Service system received more than 327.5 million visits, according to the NPS. However, based on recent travel data, these parks could be even more ideal this summer as people look to get away after spending weeks under stay-at-home orders.

Travel-planning company Tripadvisor has seen small increases in domestic travel searches on its platform, and found that two out of three users surveyed by the company were willing to travel within two months, according to Tripadvisor spokesperson Elizabeth Monahan.

“Across the board, we’re seeing that travelers are looking for open spaces,” Monahan added.

She said people are pivoting away from urban destinations to outdoor locations that they can road trip to and camp in. With national parks fitting this profile, they could be this summer’s travel hot spots.

Booking.com has also seen interest grow in nature trips and domestic travel, according to a company spokesperson. Destinations near national parks have recently trended on the travel-booking platform, including Flagstaff, Arizona, which is close to the Grand Canyon, and Pigeon Forge and Gatlinburg, Tennessee, which are located by Great Smoky Mountains National Park.

National parks are also anticipating that people will still want to visit despite the pandemic.

“The way that we’re planning and preparing is for normal visitation,” said Peter Densmore, a spokesperson for Bryce Canyon National Park in Utah, which had about 2.6 million visitors in 2019, according to the NPS.

Densmore said that visitors may be particularly drawn to places of natural beauty like Bryce Canyon because of the uncertainty and stress caused by the pandemic.

“People come here for restoration and to be inspired and to decompress from everything going on,” he said.

Bryce Canyon began a phased reopening on May 6 after being closed on April 7. The last time the park closed was because of a partial government shutdown in October 2013, according to Densmore.

Currently, the most popular viewpoints in Bryce Canyon are accessible to visitors as are park bathrooms. Bryce Canyon is not limiting the number of people in the park nor at specific viewpoints. It also does not require visitors to wear masks, according to Densmore.

However, even with the park being open, adjustments have been made in light of the pandemic, which might make visits look a little different this summer.

The visitor center has social-distancing guidelines in place and limits the number of people inside, and the park’s museum, food services and theater remain closed. More staff has been hired to increase restroom cleanings and park rangers are making more frequent rounds to ensure visitors are staying safe, according to Densmore.

While private vehicles can drive through parts of the park, the public shuttle service is still shut down. Camping and hiking in Bryce Canyon’s back country are not yet allowed.

“We’re held back with a kind of wait-and-see approach, not knowing what our visitation would be, what kinds of issues the park might run up against,” Densmore said.

He added that Memorial Day Weekend, normally the park’s busiest time of year, will be a testing ground to see what visitation might look like this summer and if changes will have to be made within park operations.

“A lot of it boils down to kind of just knowing before you go,” he said.

For its part, Natural Habitat Adventures is engaging in extensive planning prior to its national parks trips this summer and is making significant changes to how trips are run, according to Bressler.

Nat Hab uses a guided safari model in planning trips to national parks that include Bryce Canyon, Zion, Grand Teton, Yellowstone and the Grand Canyon as well as others. These tours typically involve small groups of seven to 14 guests, and often appeal to families and people in their late fifties, according to Bressler.

The trips usually require only one or two vehicles for transportation. However, this year, Bressler said, the national parks tours will have extra vans so that people can be spaced apart.

“Normally, we’ll put seven guests in one, but now we’ll put three,” he said, adding that trip participants will be required to wear masks within the vehicles.

The trips will also encourage social distancing during meals by seating guests at separate tables or staggering meals in shifts. Extra sanitizing measures will be taken by staff to clean the vans, according to Bressler. He also said Nat Hab may potentially screen guests for Covid-19.

“We’re working on a testing program where people can be tested before they participate in the trip,” he said.

Even though the pandemic has currently put a damper on travel, Bressler said customers are still approaching Nat Hab about booking trips in the future.

“People are drawn to being outside,” he said. “Now, more than ever, people need nature.”