"There's a ton of data in here, and it's very interactive," Sununu said.

New Hampshire reported 3,587 positive cases of coronavirus between Nov. 26 and Dec. 2. Of those cases, 566 came on Wednesday, according to the New Hampshire Department of Public Health.

During a press conference with Sununu Thursday afternoon, health officials confirmed 625 new COVID-19 cases. Seven more people died from the illness, all associated with long-term care facilities. In total, New Hampshire has had a total of 544 deaths to do COVID-19. The rate of positive cases is about 6.5%. There are 4,342 active cases, with 156 people currently hospitalized.

Combating the false perception by many that COVID-19 is the same as the flu, officials noted that the number of deaths so far in New Hampshire is at least 10 times greater than the average number of flu deaths per year.

Sununu pushed for the public to continue to take precautions during a difficult stretch.

"We're likely going to be in this surge, at least for the next few weeks. Hopefully, not until Christmas, but it could be, and I think we all need to plan that that definitely could be the case," Sununu said. "But we are prepared, without a doubt."

Sununu also discussed the Granite State's plans to distribute a vaccine once it starts to become available.

"This is not over. It won't be over when the vaccine arrives, it's not going to be over on Jan. 1 just because it's the new year," he said. "We still have a few months to go before I think the vaccine is fully implemented throughout the state."

The last time Sununu held a press conference before Thursday, he issued a mandate, requiring people across the state to wear a mask when they can't practice social distancing.

Under his executive order, in effect through Jan. 15, anyone over 5 years old will have to wear a mask or face covering whenever they're in public, whether indoors or outdoors, and can't keep at least 6 feet away from people they don't live with.

Sununu also announced that $95 million would be distributed to nearly 1,900 small businesses under the second round of the Main Street Relief Fund. He also said he'll be adapting his inauguration on Jan. 7 to the times, moving it outdoors.

Under Gov. Chris Sununu's executive order, in effect through Jan. 15, anyone over 5 years old will have to wear a mask or face covering whenever they're in public, whether indoors or outdoors, and can't keep at least 6 feet away from people they don't live with.

Among the exceptions to the mask mandate are institutions, like restaurants and schools, where there are already mask-wearing rules in place. Asked about enforcement of the mandate, Sununu said it was more about educating people and encouraging the entire state to get on board with wearing a mask.

New Hampshire has sought to help its small businesses with its Main Street Relief Fund. Sununu said Thursday that, for the second round, more than half of the $95 million being distributed will go to 680 first-time applicants.

Those businesses will receive a large portion, $78,000, than the roughly 1,200 applicants who received money in the previous round of the Main Street Relief Fund, Sununu said. 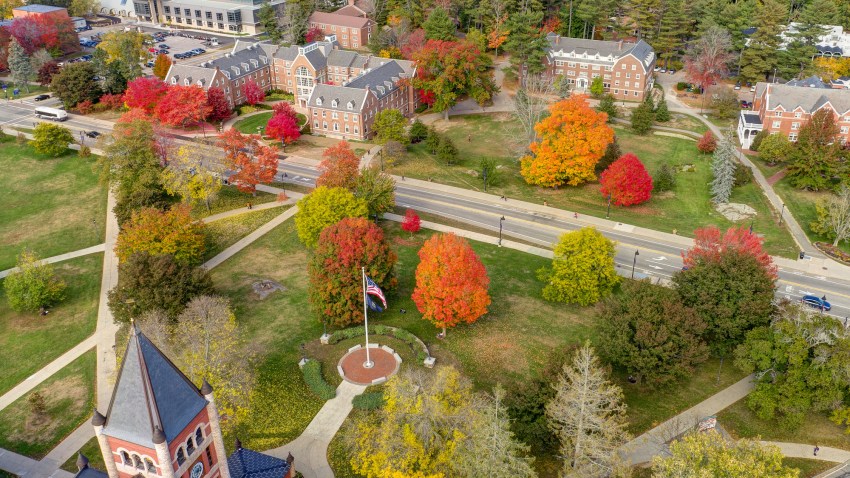