It's the first time since March 21 that no new COVID-19 deaths were reported in Massachusetts, according to Department of Public Health data

No coronavirus deaths were reported to Massachusetts health officials in 24 hours, the state's public health agency said Tuesday. It's the first time that's happened in months.

At the same time, the state's official coronavirus death toll dropped by just over 40 people as part of a data clean-up of duplicate reports, the officials said.

The state Department of Public Health reported no new coronavirus deaths on Tuesday in its daily COVID-19 report and cited "ongoing data cleaning which identifies and removes duplicate reports" for the number of deaths decreasing in the day's report.

A representative for the department explained that the lack of new deaths reported Tuesday was not connected to the data cleanup.

Massachusetts' death toll was lowered to 8,054, down 41 from where it stood in Monday's report. The department identified 114 new cases, bringing the total number of cases in the state to 108,882.

The state had reported deaths every day for months; at times during the coronavirus surge in mid-April more than 200 deaths were reported in a single day.

The first death in Massachusetts attributed to the virus was announced on March 20, and the following day is the last one when the Department of Public Health didn't announce any more deaths, according to state data.

Gov. Charlie Baker discussed the first person infected with the new coronavirus to die in Massachusetts.

The number of deaths reported each day doesn't correspond directly to the number of people who died on that day, since there's often some lag in hospitals and other facilities reporting the deaths to health officials. The first two coronavirus-related deaths in Massachusetts had actually occurred on March 18, according to the department's data.

But the daily tallies reported by the department have for weeks been consistently lower than what the state was experiencing at the height of its coronavirus crisis, after the state restricted business, moved schools to remote education and clamped down on public gatherings and events.

Where once Massachusetts, New York and New Jersey were the epicenter of the coronavirus outbreak in the U.S. -- they still have three highest death tolls among all states -- all three have lowered their infection rates considerably.

They are low enough throughout the region that Massachusetts Gov. Charlie Baker was able to announce Tuesday that travelers to the state from elsewhere in New England, as well as New York and New Jersey, would be exempt from the standing 14-day quarantine starting Wednesday.

Now, the hot spots are located in the South and Southwest, in states like Florida, Texas and Arizona, and they have concerned public health officials.

On Tuesday, Dr. Anthony Fauci, one of the nation's top health officials, warned that cases could grow by 100,000 a day in the U.S. if Americans don’t start following public health recommendations.

Asked Tuesday what he took away from the flare-ups elsewhere in the country, Baker said he's inclined to continue his policy of letting the data guide decisions on reopening.

"I think the big message I take from what's happening in some other parts of the country is you need to respect the virus, you should be careful and cautious about the way you reopen and you should be willing to rely on a solid foundation of guidance and information," he said.

Baker added that people and businesses in Massachusetts have by and large been very willing to comply with the state's measures to keep the public safe.

New surges are cropping up in those states because states are reopening too fast and without the proper testing and tracing mechanisms in place, a Harvard public health expert said on the "TODAY" show Saturday.

"We opened up too fast. We opened up bars, we opened up nightclubs, and it's the combination of all of that that has led us to where we are today," said Dr. Ashish Jha, who leads the Harvard Global Health Institute. 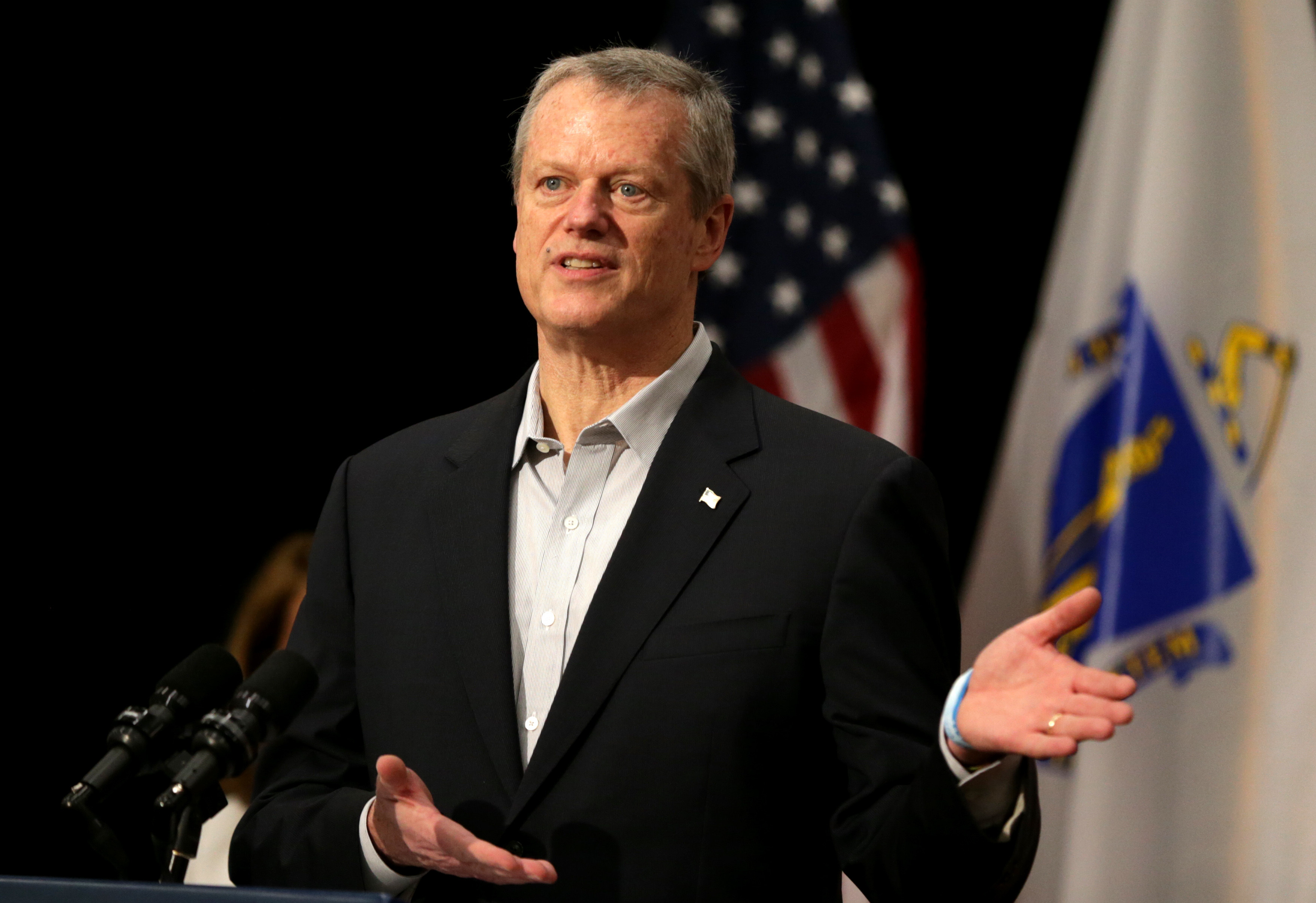