‘Like wildfire': One Man With Coronavirus Infects 91 Others After Ohio Church Service

"All it takes is one person to cause tremendous #COVID19 spread," Ohio Gov. Mike DeWine said of the case

A 56-year-old man with the coronavirus attending a single church service in Ohio led to the infection's spread to at least 91 other people across five counties.

Gov. Mike DeWine posted a graphic to his Facebook page Wednesday detailing how the virus spread over a three-week period from the date of the church service on June 14 to July 4.

"It spread like wildfire," the governor said at a news conference Tuesday where the graphic was displayed. "Very, very scary." 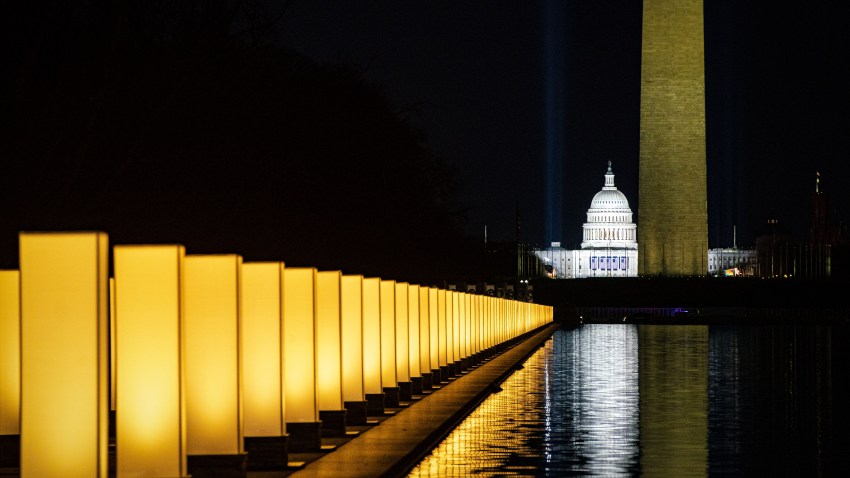 Could the COVID-19 Memorial on the National Mall Become Permanent?

DeWine noted on his Facebook page, "All it takes is one person to cause tremendous #COVID19 spread."

He wrote that while this case of community transmission stems from an Ohio church, it can happen anywhere.

"I continue to encourage everyone to wear masks and social distance whenever you gather — including at worship services," he wrote.

On Thursday, DeWine's office said in a statement that he had tested positive for the coronavirus, but later said a second test, a PCR test, conducted later came back negative. DeWine will be tested again Saturday.

The Republican governor took what his office said was an antigen test Thursday as part of standard protocol before meeting President Donald Trump at an airport in Cleveland, the earlier statement said. In the later PCR test, DeWine, his wife and staff members tested negative, DeWine's office said.

In the case of the virus spreading from a church service in June, all 91 others infected showed symptoms of COVID-19, the disease caused by the coronavirus, the governor said. Fifty-three of them had been at the same church service in Ohio County as the 56-year-old carrier, according to the graphic shared by DeWine.

Eighteen of the 53 infected at the service spread the virus to at least one other person, the graphic shows. The man's wife, a son and a daughter also got sick.

DeWine in a series of tweets on Tuesday also provided other examples of the virus' spread within family and friend groups.

In one case, a son living with his father who was in hospice care developed a cough and believed he had bronchitis. Family members came to visit to pay respects to his father. Five family members later tested positive for the virus, including a great-nephew, the governor said.

Separately, a man who had COVID-19 symptoms attended his brother's wedding and reception. Now, 15 people are sick, including the bride, groom and one of their grandfathers.

And in another outbreak, a person who tested positive for the virus attended a bridal shower, leading to others becoming infected. "There are now six confirmed cases and six households impacted by this outbreak," DeWine said.

"None of us want to stay away from our families and of course, it's natural to want to show affection when you see them," he tweeted Tuesday. But this virus is "lurking," he wrote. "Please try to remember that you are showing love by protecting them."

Rachel Feeley, a spokeswoman for the Ohio Department of Health, declined on Thursday to release the name of the church where the virus spread or any details on the other cases. "We are not releasing additional information about these examples to the general public, in order to protect private health information," she said.

Feeley said that anyone who may have come into contact with people who had tested positive in these examples were notified through normal contact-tracing protocol.