The MassINC Polling Group surveyed 1,478 registered voters in Massachusetts via online interviews between May 5 and May 13 about their commuting habits

The full-service resumption of public transportation has been eyed as a key to restarting the state's economy, but new polling suggests that commuting habits are likely to change as workers slowly return to the office, with more people eyeing a permanent work-from-home schedule and a majority of commuters uncomfortable, for now, with the idea of returning to trains and buses.

A poll conducted earlier this month by The MassINC Polling Group found that 35% of residents said they would ride the T less than they did before the COVID-19 outbreak, and 28% said they were more likely to drive alone in their car.

The survey results, released on Wednesday, also found that 67% of respondents would be at least somewhat uncomfortable with riding the MBTA during peak morning and evening commuting hours, speaking to the challenges facing employers as they ask workers to return to the office.

Of those surveyed, 16% said they used public transit for most or all of their trips before the pandemic, but only 10% said that would continue to be the case.

Some workers in Massachusetts returned to their offices this week under Gov. Charlie Baker's reopening plan, but a new study shows people would like to keep working from home.

"This survey suggests we could see changes all across the system in terms of how people get around, with large swaths of the population planning to do things differently than before," said Steve Koczela, president of The MassINC Polling Group. 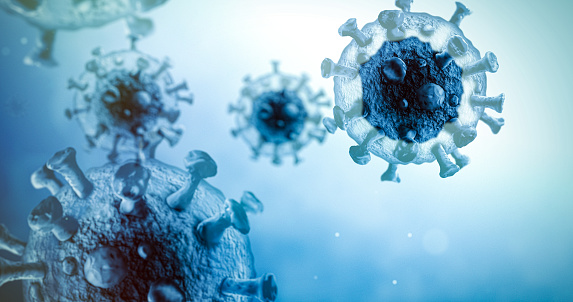 The poll surveyed 1,478 registered voters in Massachusetts via online interviews between May 5 and May 13 about their commuting habits and how they anticipated those might change as their workplaces begin to reopen.

Forty-three percent of those surveyed said they were working from home full-time now, while an additional 17% said they could work from home at least part of the time.

With more remote work seeming inevitable, 44% of people said they would probably take fewer trips even after Massachusetts emerged from the worst of the outbreak, compared to 41% who said they would travel the same and 10% predicting they would be more on the go.

Half of the respondents said they think the traffic problem on Massachusetts roads will be the same as it was before the pandemic, and 28% said they think it will be worse.

The choices made by commuters could have major implications for the budgets and policy choices made at agencies like the MBTA, and could also impact city planning.

The most productive thing public officials could do to entice people to return to public transit would be to sanitize trains, buses and stations multiple times a day, according to the poll results, followed by rules like required masks for passengers and staff, real-time crowding information and temperature checks upon entering a station.

A quarter of those surveyed also said the biggest change to the way the transit system operates after the pandemic should be more frequent service to allow for social distancing.

During the public health emergency, the MBTA has said it engages infrequent cleaning and disinfecting of vehicles and stations but has reduced capacity as the demand for service fell.

The T plans to ramp up to a "modified version of full service" by Phase 3 and is currently running most lines on Saturday schedule, while the commuter rail is on a reduced schedule and commuter ferries into Boston remain closed.

In the poll, Gov. Charlie Baker had an approval rating of 78% and 41% said Baker had done an "excellent" job of managing the crisis, while 35% said he had done a "good" job and only 6% said the Republican had done a "poor" job.

Forty-three percent also said they were more confident in state government now that they had been before the outbreak, compared to 17% who were less confident.