"I wouldn’t trust you to care for a house plant let alone my child," Massachusetts Congresswoman Ayanna Pressley said of U.S. Secretary of Education Betsy DeVos

"I wouldn’t trust you to care for a house plant let alone my child," Pressley wrote on Twitter Sunday after DeVos spoke on CNN about the need for students to be back in classrooms this fall.

"There’s ample opportunity to have kids in school," DeVos said on CNN. "You know, there’s many counties across the country that have virtually no cases and so school leaders need to look at the granular data right on the ground where they are and looking at if there are problems, then how are you going to deal with them? But the goal needs to be that kids are learning full time again this fall."

When asked about the virus spreading at summer camps and childcare facilities in other parts of the country, DeVos pointed to the YMCA, which has been providing childcare for front-line workers without high incidents of viral spread.

Pressley, a Democrat, argued that DeVos has "no plan," on Twitter and went on to say that “teachers, kids and parents are fearing for their lives."

White House officials are preparing to announce new guidelines for reopening schools as President Donald Trump threatens to cut off funding for schools that don't open in the fall.

The dispute comes as President Donald Trump has threatened to withhold federal funds if schools don’t reopen in the fall.

Trump said on Twitter on Friday that he was ordering the Treasury Department to re-examine the tax-exempt status of schools that he says provide “radical indoctrination” instead of education.

Initial Massachusetts guidelines call for students in the second grade and up -- as well as adults -- to wear masks or face coverings and maintain physical distance. Desks should be a minimum of three feet apart but ideally six feet apart. But educators in the state have also been told to prepare for the possibility of remote learning on at least a partial basis this fall. 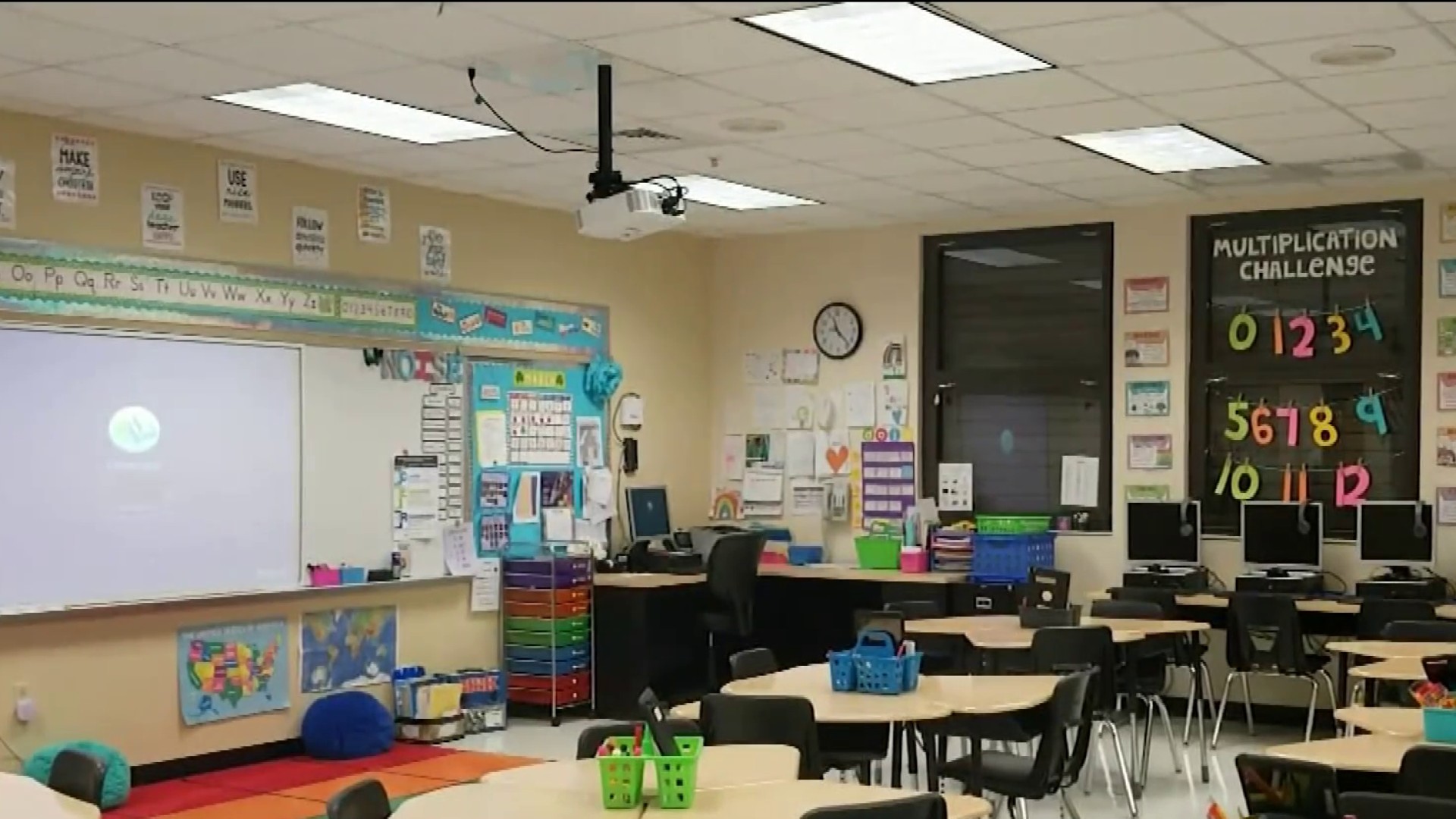