Some Proms Are Back, With Masks, Testing and Distancing

Those are just a few of the unusual requirements for a high school prom happening in Manchester, New Hampshire, later this month, one of many school districts across the country struggling to navigate holding the formal dance in the second year of the pandemic.

Students only found out early this month that the proposal to hold prom May 28 at the New Hampshire Fisher Cats stadium had been approved, after some school board members expressed reservations the event could spread the coronavirus. Along with socially-distanced dancing, students are also being encouraged to get vaccinated before the dance.

“It would be awesome if we could all have a prom and be together. I mean I haven’t seen some of my classmates in over a year,” said Allison Hermann, a senior who is among the Central High School students who helped plan the prom.

“This is one of the only times that we all get to share together. Just being a high school senior is very symbolic so the fact we haven’t gotten the chance to be together yet is really sad,” she added.

School districts across the country are weighing whether they can safely hold an event that many seniors consider a capstone to their high school careers.

The FDA granted emergency use authorization for the COVID-19 vaccine in kids ages 12 to 15, clearing the way for states to get middle school students vaccinated before the fall.

Schools from Miami to Charlotte to El Paso have already cancelled prom over safety concerns. The Massachusetts Department of Elementary and Secondary Education has described proms as a high-risk activity due to the singing and dancing and has recommended that districts scrap proms and come up with alternative celebrations for seniors.

Some students and parents are forging ahead to organize their own celebrations if the school has opted not to. Those schools going ahead — albeit with a laundry list of restrictions — cite rising vaccination rates and a drop in coronavirus cases in their districts.

Some holding proms are requiring a negative coronavirus test to attend while others are encouraging students to get vaccinated before they slip into their gowns and tuxedos. Most are requiring masks and putting strict restrictions on dancing or who can attend.

In Florida, Sarasota County schools are allowing a prom but with no dancing and limiting the event to seniors. Several schools, including Fletcher High School in Duval County, are requiring students to quarantine for 10 days after the event. Many districts are holding their dances outdoors, including one on yacht and another in a football stadium.

At Elmbrook Schools outside of Milwaukee, Superintendent Mark Hansen said he worked with teachers, students and parents to come up with a process to “restore some level of normalcy for school events that have been lost for over a year.”

The two Elmbrook high schools are requiring a negative COVID-19 test to attend its two proms and students are encouraged to stick with their friends “to prevent any outbreak from having a dramatic impact on our ability to continue operations.”

Moderna reported on Thursday that early data shows high effectiveness in its coronavirus vaccine trial in adolescents ages 12 to 17.

Hansen said no cases were reported from the first prom that happened May 8. The second prom takes place this weekend.

An outdoor prom in Exeter, New Hampshire, on June 4 will rotate students on and off the dance floor under an outdoor tent with no touching allowed. And they are only serving water, no food.

“We are really trying to make it as safe as possible. The last thing we want is to spread COVID,” Liz Morse, an Exeter High School science teacher and senior class adviser, said. “Everyone is making concessions and people are being pretty gracious about it.”

Some districts are holding alternative events with student support like outdoor movie nights or dinners, in an effort to recognize the significance of the event for seniors. But prom cancellations elsewhere have left many students, and their parents, frustrated and angry.

In Manor, Texas, the school had set a date, time and venue for high school senior Jesenia Correa’s prom. She even had her dress picked out — a glamorous long burgundy dress with a dramatic slit and spaghetti straps. But the administration abruptly reversed themselves because of safety concerns and canceled the event. 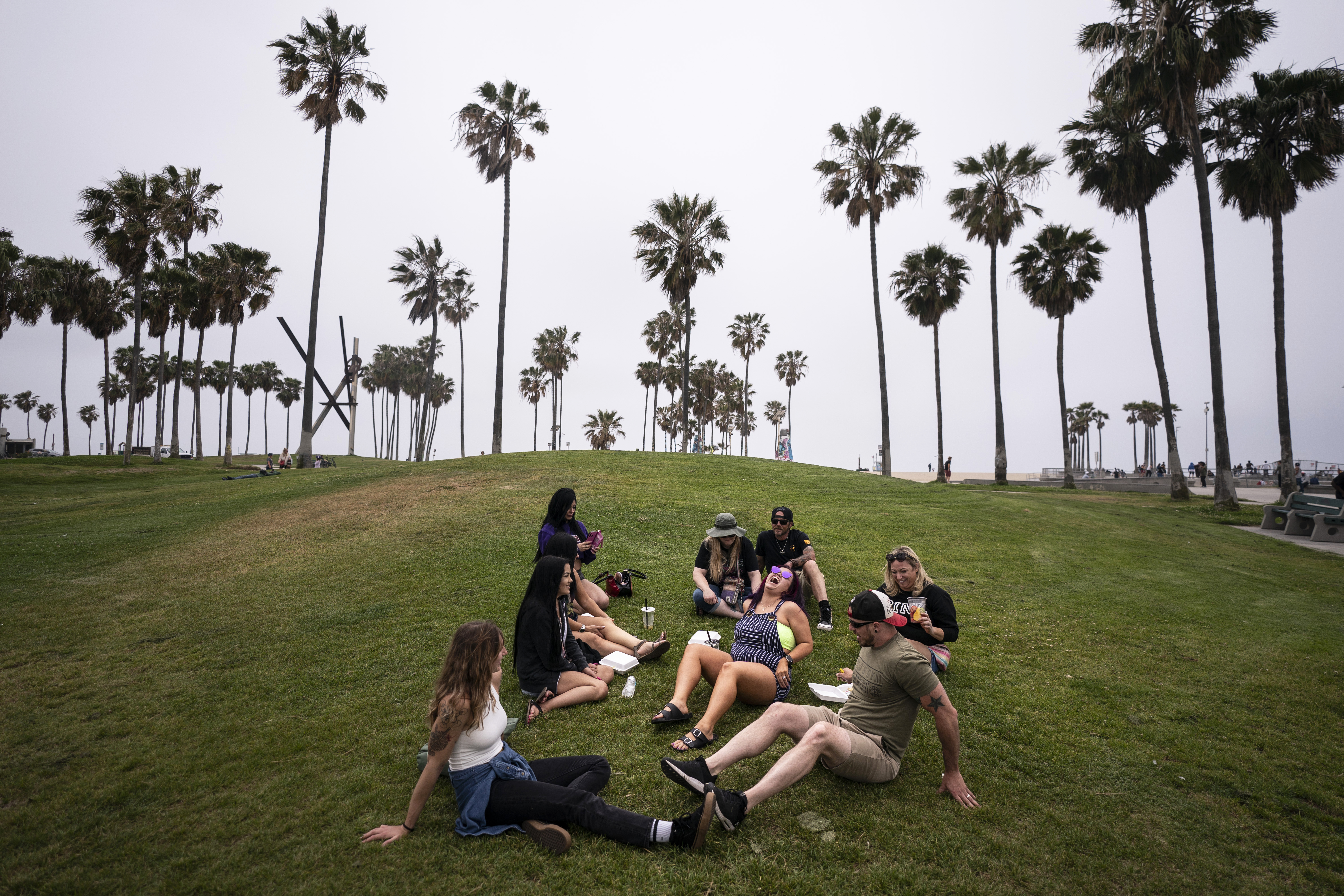 Taming the Virus: US Deaths Hit Lowest Level in 10 Months 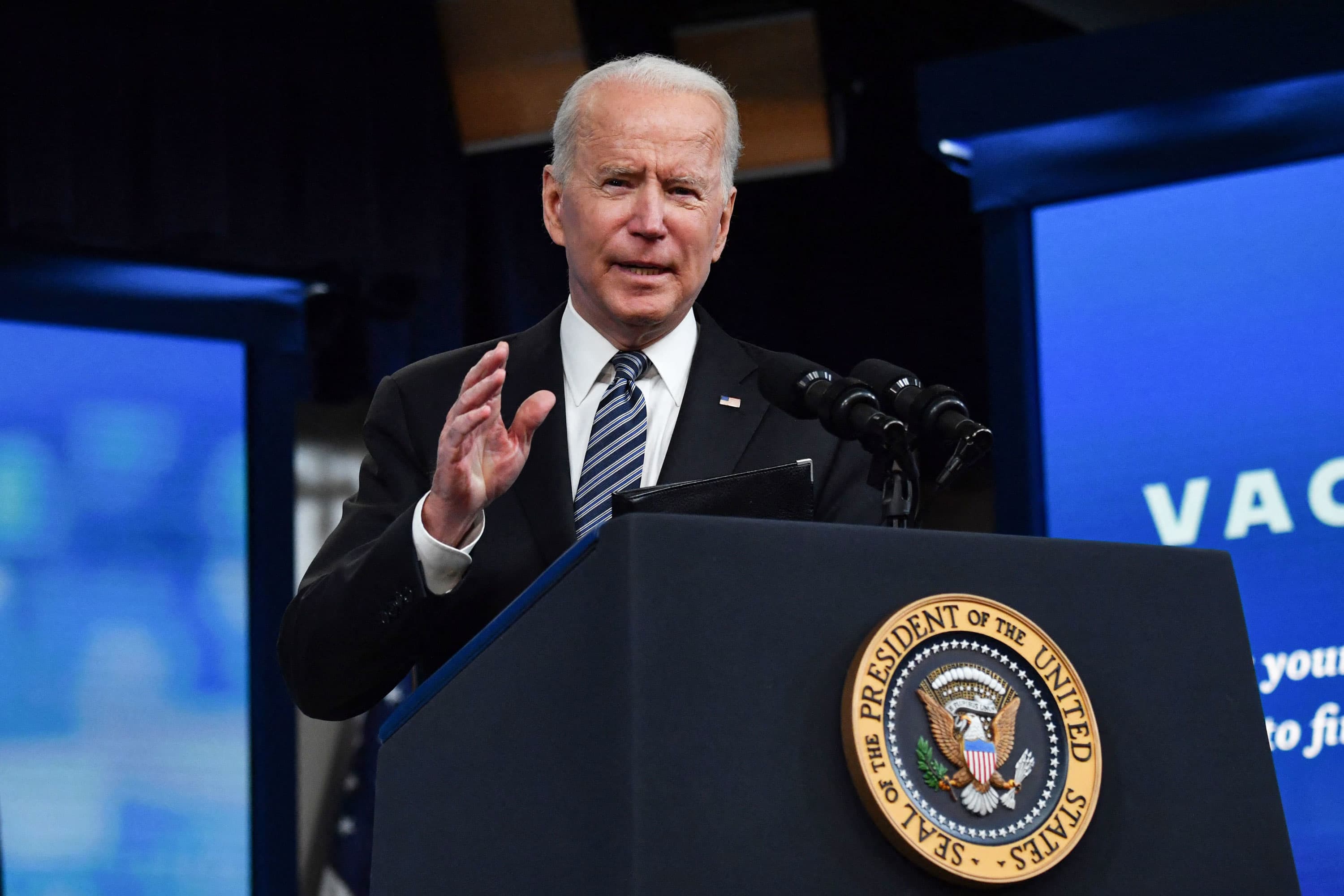 “I’m honestly mad that we aren’t having prom,” Correa said.” I do feel like I’m being robbed of a milestone, especially since the school managed to do so many other things in spite of COVID.”

In Frederick, Maryland, Presley Winer is attending an alternative prom with dancing this weekend that was planned by the parents after her school canceled prom.

“It felt like a milestone that won’t happen again in my life and it made me feel sad knowing one of the most rewarding parts of senior year was being stripped away from me and others,” said the 18-year-old senior.

Many students packed together shoulder to shoulder dancing to club hits and bachata, a Caribbean partner dance. Some, though, tried to avoid the denser crowds, wore masks and tried to socially distance.

Eugenio Vasquez, 18, of Jackson, Mississippi, attended the prom with his long-distance girlfriend who is a student at a local high school.

“It was an amazing night. Especially for someone who is not a party animal, I really enjoyed myself,” he said.