The numbers are still running at alarmingly high levels, with an average of about 2,000 deaths and 68,000 cases per day

Texas on Tuesday became the biggest state to lift its mask rule, joining a rapidly growing movement by governors and other leaders across the U.S. to loosen COVID-19 restrictions despite pleas from health officials not to let their guard down yet.

The Lone Star State will also do away with limits on the number of diners who can be served indoors, said Republican Gov. Greg Abbott, who made the announcement at a restaurant in Lubbock.

“Removing statewide mandates does not end personal responsibility,” said Abbott, speaking from a crowded dining room where many of those surrounding him were not wearing masks. “It’s just that now state mandates are no longer needed."

The governors of Michigan, Mississippi and Louisiana likewise eased up on bars, restaurants and other businesses Tuesday, as did the mayor of San Francisco.

Mississippi Gov. Tate Reeves said that as of Wednesday, he is getting rid of most mask mandates that he had imposed to try to slow the spread of the coronavirus. He is also lifting most other restrictions, including limits on seating in restaurants.

“The governor's office is getting out of the business of telling people what they can and cannot do,” Republican Reeves said during a news conference Tuesday.

Until now, most of Mississippi's 82 counties had been under a mask mandate for months. Reeves said the number of people hospitalized because of the virus has decreased in recent weeks, and vaccination numbers are increasing.

Reeves said he is issuing a new executive order that takes effect at 5 p.m. Wednesday and remains in place until March 31.

As COVID-19 vaccine distribution expands across the country, there are growing calls to ensure it's being done equitably and that shots are going into the arms that need them most. Available data shows Black and Latino Americans account for smaller shares of vaccinations compared with cases and deaths in those communities.

A year into the crisis, politicians and ordinary Americans alike have grown tired of rules meant to stem the spread of the coronavirus, which has killed over a half-million people in the United States. Some places are lifting infection control measures; in other places, people are ignoring them.

Top health officials, including the head of the Centers for Disease Control and Prevention, have responded by begging people repeatedly not to risk another deadly wave of contagion just when the nation is making progress in vaccinating people and victory over the outbreak is in sight.

U.S. cases have plunged more than 70% over the past two months from an average of nearly 250,000 new infections a day, while average deaths per day have plummeted about 40% since mid-January.

But the two curves have leveled off abruptly in the past several days and have even risen slightly, and the numbers are still running at alarmingly high levels, with an average of about 2,000 deaths and 68,000 cases per day. Health officials are increasingly worried about virus mutations.

For the first time in a year, Providence Portland Medical Center in Oregon has had zero COVID-19 patients in critical care. Shavon Albee, a nurse who manages the critical care unit, joined LX News to describe how it felt to reach that milestone after a year that tested her team in every way.

“We stand to completely lose the hard-earned ground we have gained,” CDC director Dr. Rochelle Walensky warned on Monday.

Even so, many Americans are sick of the shutdowns that have damaged their livelihoods and are eager to socialize again.

An Indianapolis-area bar was filled with maskless patrons over the weekend. In Southern California, people waited in lines that snaked through a parking lot on a recent weekday afternoon for the chance to shop and eat at Downtown Disney, part of Disneyland. (The theme park's rides remain closed.) And Florida is getting ready to welcome students on spring break.

“People want to stay safe, but at the same time, the fatigue has hit,” said Ryan Luke, who is organizing a weekend rally in Eagle, Idaho, to encourage people to patronize businesses that don’t require masks. "We just want to live a quasi-normal life.”

Michael Junge argued against a mask mandate when officials in the Missouri tourist town of Branson passed one and said he hasn’t enforced it in his Lost Boys Barber Company. He said he is sick of it.

“I think the whole thing is a joke honestly,” he said. “They originally said that this was going to go for a month and they have pushed it out to indefinitely. ... It should have been done a long time ago.”

In San Francisco, an upbeat Mayor London Breed announced that California gave the green light to indoor dining and the reopening of movie theaters and gyms.

“You can enjoy your city, right here, right now,” she said from Fisherman’s Wharf, one of the city's biggest tourist attractions. She added: “We are not where we need to be yet, but we’re getting there, San Francisco.”

Mississippi Gov. Tate Reeves said he is getting rid of most mask mandates and lifting most other restrictions, including limits on seating in restaurants, starting Wednesday. 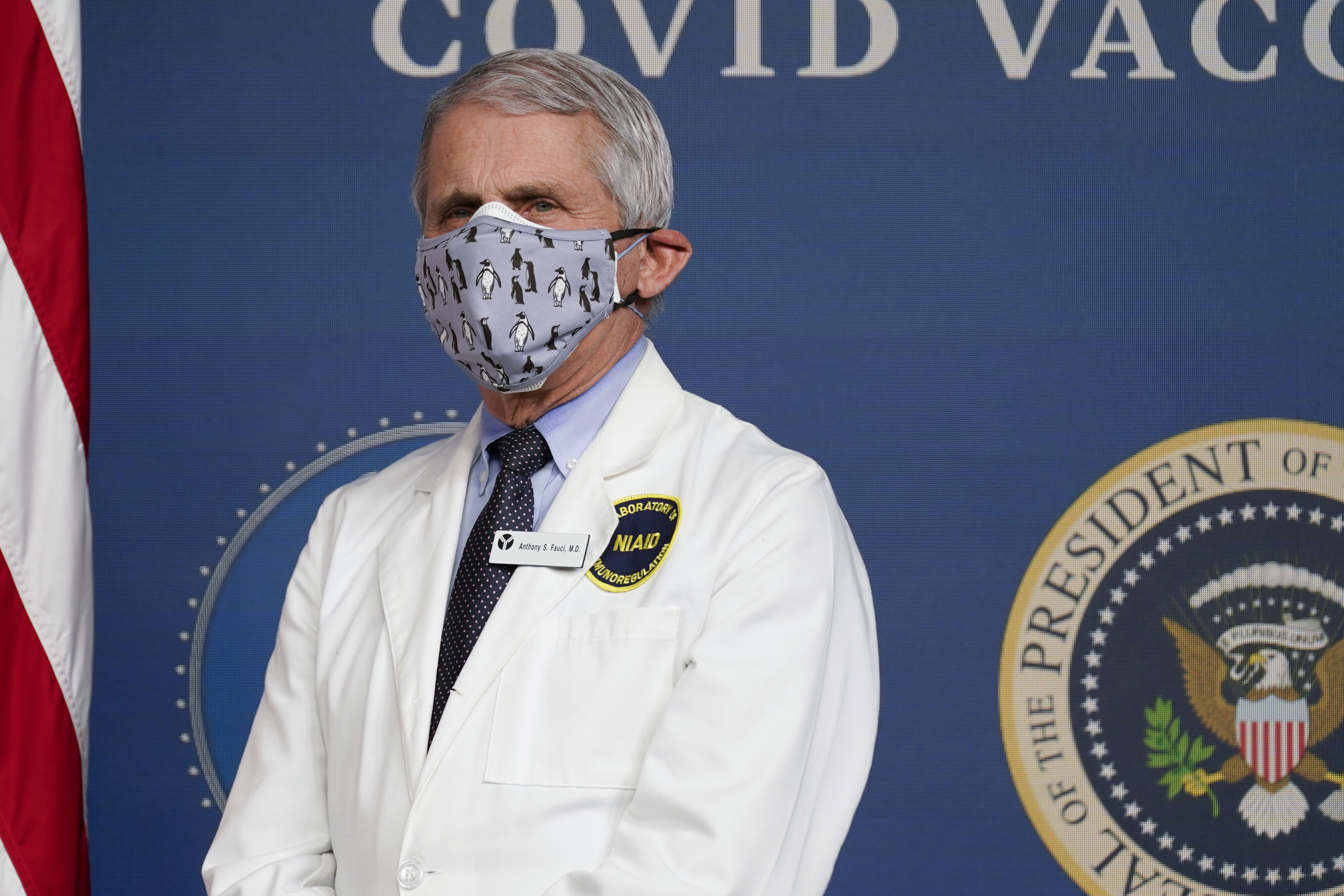 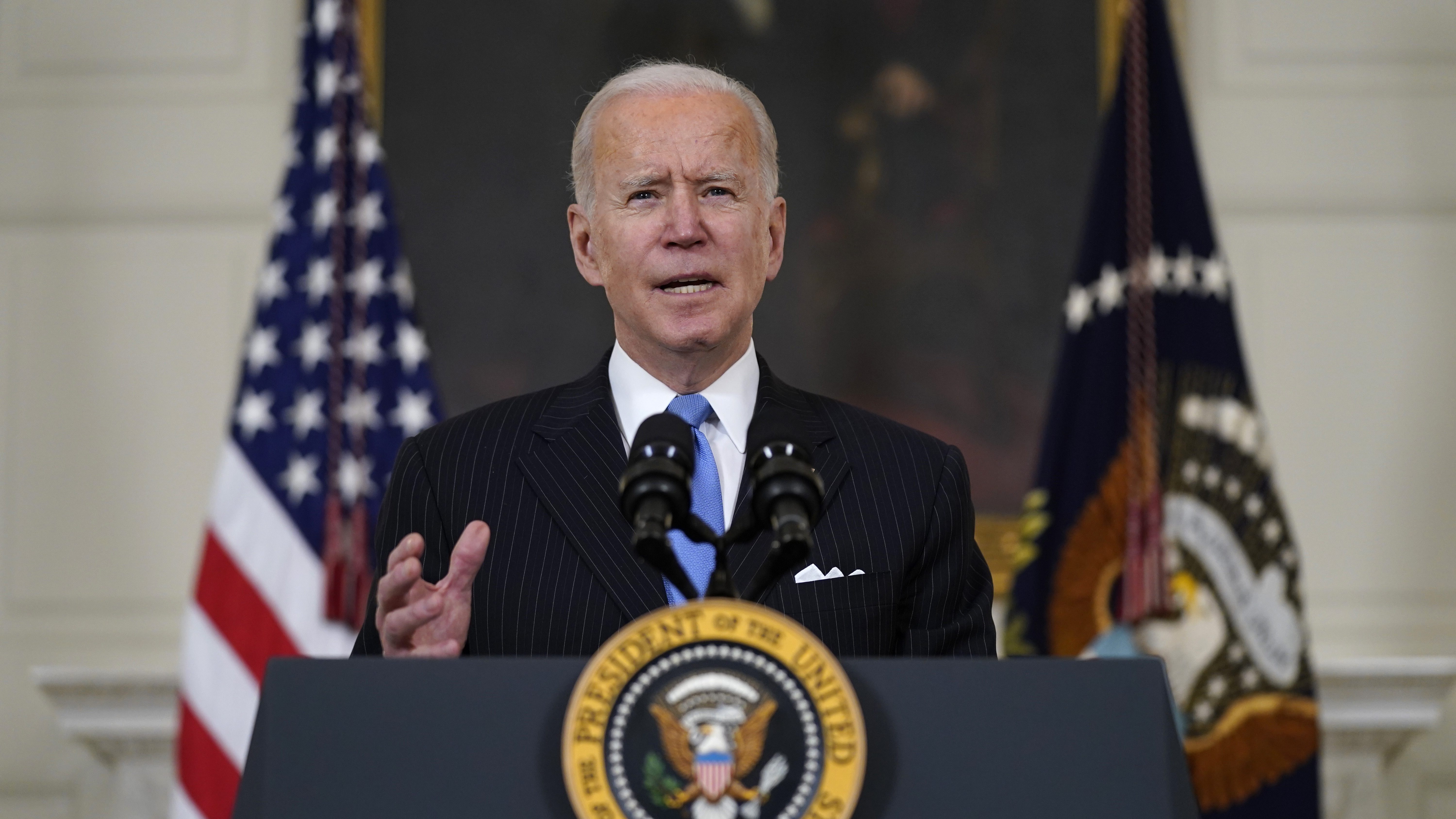 “The governor’s office is getting out of the business of telling people what they can and cannot do,” the Republican said.

Florida, which is getting ready for spring break travelers to flock to its sunny beaches, is considered to be in an “active outbreak,” along with Texas, Connecticut, Delaware, Georgia, New Jersey, New York, Rhode Island and South Carolina, according to the data-tracking website CovidActNow.

Florida Gov. Rick DeSantis made it clear during his annual State of the State address Tuesday that he welcomes more visitors to Florida in his drive to keep the state’s economy thriving.

Florida municipalities can impose their own mask rules and curfews, restrict beach access and place some limits on bars and restaurants, but some have virtually no such measures in place.

The emergency authorization of the Johnson & Johnson vaccine means that there are now three COVID-19 vaccines in circulation. And the J&J shot differs from the Pfizer and Moderna vaccines in some important ways that may make it a game changer. NBC News medical correspondent Dr. John Torres joined LX News to explain.

Miami Beach will require masks indoors and out and restrict the number of people allowed on the beach as well as in bars and restaurants.

“If you want to party without restrictions, then go somewhere else. Go to Vegas,” Miami Beach City Manager Raul Aguila said during a recent virtual meeting. “We will be taking a zero-tolerance attitude towards that behavior.”

In Michigan, a group called All Business Is Essential has resisted Gov. Gretchen Whitmer’s virus policies, and many people are ignoring mask requirements and other measures, said group leader Erik Kiilunen.

“At some point you’ve got to look yourself in the mirror and say, ‘Do I want a zero-risk life?’” he said. “It’s become a farce, really. People have quit living for a year, at what price?”

“I think everybody wants things to get back the way they were,” said Aubrey D. Jenkins, the fire chief in Columbia, South Carolina, whose department issues dozens of $100 citations every weekend to bar-goers who refuse to wear masks or keep their distance. “But we still have to be real cautious.”