UK's New COVID Strain Could Already Be in the US, Boston Experts Say

The new, potentially more contagious coronavirus strains being reported in Britain and South Africa could already be in the U.S., according to infectious disease experts in Massachusetts.

"I can’t imagine it wouldn’t be," said Dr. Shira Doron, a hospital epidemiologist at Tufts Medical Center. "Would I expect to see that variance in the U.S.? Of course. People are traveling all the time. I would expect to see that."

Health officials in the U.K. have said that the new strain seems to infect people more easily than others. But local experts said it’s unclear whether the new strain really is spreading more rapidly, or if the variance just happened to show up at a time when people are getting lax with coronavirus precautions and gathering more frequently.

"We really don’t know if this is the chicken or the egg, the causation or the correlation," said Dr. Mark Siedner, an epidemiologist in the Infectious Disease Unit at Massachusetts General Hospital. "It's simply too early to tell whether this is more contagious."

Nevertheless, Prime Minister Boris Johnson announced new travel restrictions Saturday because of the new strain that he said is up to 70% more transmissible than the previous one. Countries including Italy, Germany, Canada and Israel have since barred flights from the U.K. to try to limit any spread.

Multiple countries are closing their borders to the U.K. after a new coronavirus strain was discovered that is believed to be much more infectious. Dr. Noc, a scientist who has been educating TikTok users on the virus, stopped by LX News to answer our questions about what exactly this means.

"If it were more contagious, obviously that could mean an even steeper rise in cases anywhere that the strain becomes predominant, which is the reason for shutting down travel between the U.K. and other countries," Doron said, adding that a temporary travel ban from the U.K. to the U.S. would be warranted at this time.

But since borders remain open both in the U.S. and most parts of the world, Siedner said "no one," would be surprised to see the strain in this country.

New York Gov. Andrew Cuomo has asked three airlines that fly people from England to the Empire State daily to ensure travelers have a negative COVID test before departing. When asked Monday if he is considering a similar ask at Boston Logan International Airport, Massachusetts Gov. Charlie Baker said MassPort is awaiting guidance from the Federal Aviation Administration and the U.S. Centers for Disease Control and Prevention.

"We're hoping and anticipating we'll get an answer on that shortly," he said.

Should the new variant become the dominant strain of coronavirus around the world, Sneider said it would "be a matter of time," before it arrived in the U.S., though he noted there have been no reports of it as of yet.

Scientists wouldn't be able to see genetic changes in the virus from an average nasal swab test. That kind of study requires advanced lab testing, a surveillance that is ongoing in the U.S., according to Dr. Paul Sax, clinical director of the division of infectious diseases at Brigham and Women's Hospital.

"I wouldn’t be surprised if we get some preliminary information within the next week or two," Sax said of the new strain. "It would not at all surprise me if molecular epidemiology starts being done around virus samples around the country." 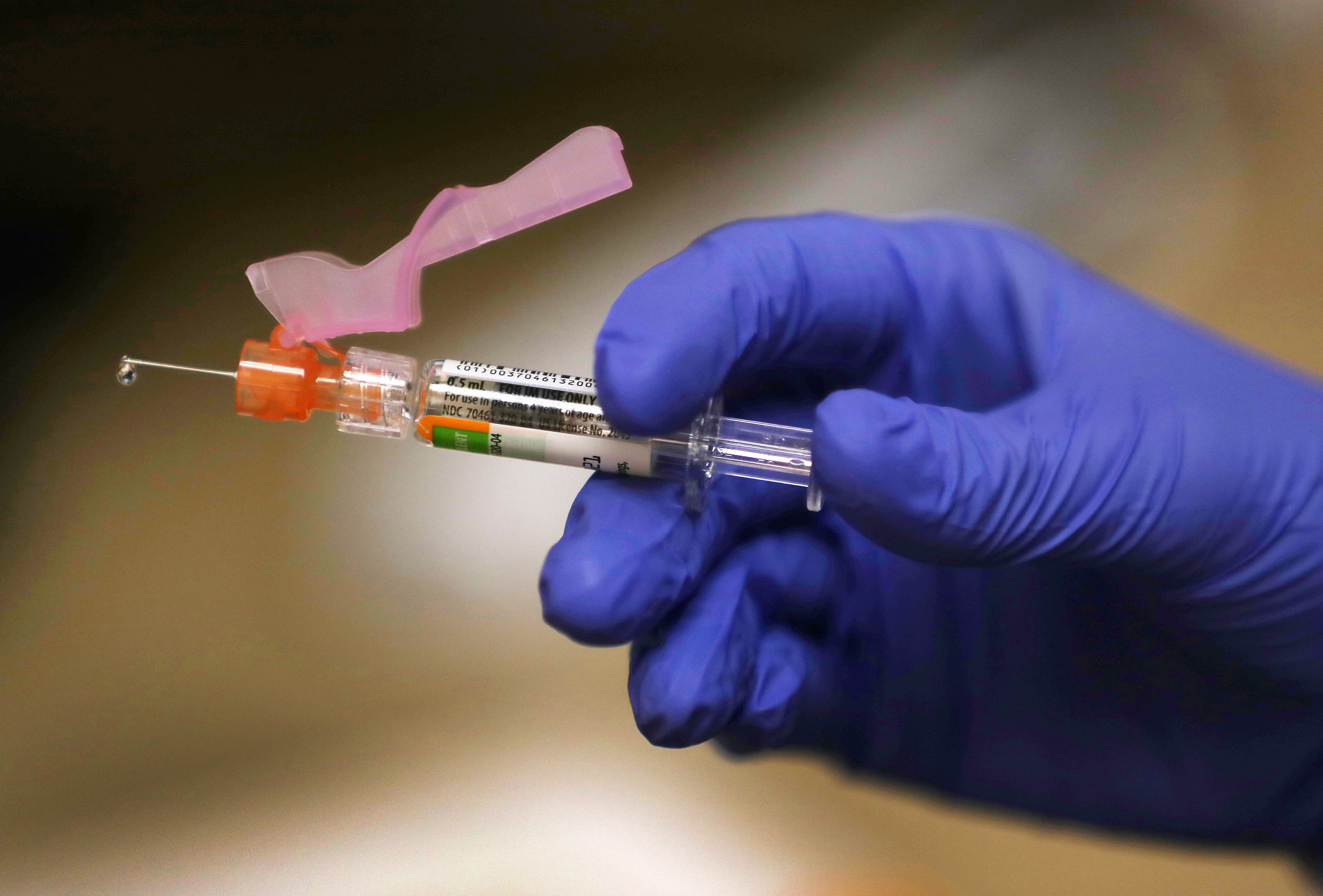 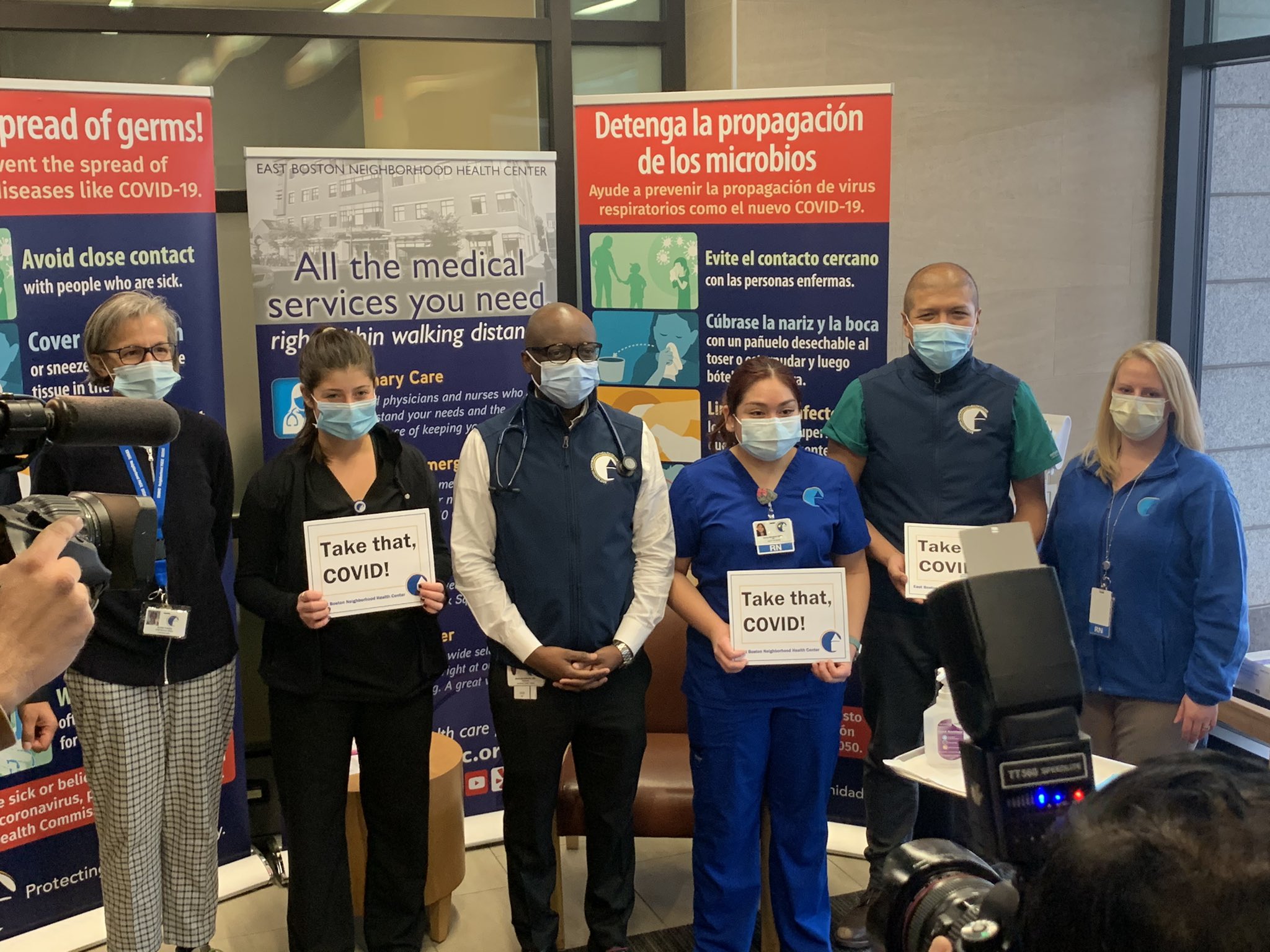 First Doses of Moderna's Coronavirus Vaccine Are Given in Mass.

All three Boston-based infectious disease experts agreed that, regardless of the implications with this new strain, it likely will not render the vaccine ineffective.

"What we know about this strain and the vaccine is that the vaccines would continue to protect against this strain and the previous one, so that’s the good news," Sax said. "The implications for how readily it spreads versus what’s going to happen here in the U.S. – it’s really too soon to say. It’s something we need to keep watching closely and let virologists do their appropriate research."

Since viruses naturally evolve as they move through the population, folks in the scientific and public health community weren't particularly surprised to see a change in the makeup of COVID-19. New variants, or strains, of the virus that causes COVID-19 have been seen almost since it was first detected in China nearly a year ago.

Even if the new strain does prove to be more contagious, experts said the guidance will likely remain the same -- wear a mask, wash your hands and maintain proper social distance.

"In some ways we should take this as a positive finding that we’re out there looking for these kinds of changes. We can use findings like this to make sure we're responding to the pandemic appropriately," Siedner said. "In the meantime, this does not change what we know about principals of the virus. We need to protect ourselves while we wait for the vaccine to emerge. No matter how contagious this is, those are the things we can do to keep each other safe."

Nearly six million doses of Moderna's coronavirus vaccine are expected to go out to more than 3,000 locations across the country this week.