Surveillance video shows customers inside a Massachusetts restaurant appearing to harass a store employee, knocking over plastic partitions. The restaurant's owner says they appeared drunk and refused to wear masks.

One of the people involved in the altercation at Ming Dynasty restaurant in Marshfield is a police officer who was off duty. According to the eatery's owners, was waving around his ID and saying he could do whatever he wanted.

Owner Lei Monica Yan posted surveillance footage on Facebook that shows an unmasked couple in the restaurant. The woman in the video appears to push down Plexiglas dividers on the counter.

"This woman and her friends refused to leave, refused to wear their masks,keep telling people her husband is a very important person. God is watching," Yan wrote. "Me and my husband doesn’t deserve this."

Marshfield police confirmed that a man involved is a Quincy police officer.

"Two of the five, a man and a woman, were belligerent, refused to put masks on," Marshfield Police Chief Phillip Tavares said.

The man can be heard in the surveillance footage saying, "I don't need a badge."

She and her co-owner, James Tian, said they wanted to be served alcohol, but that no alcohol was served. That's when the yelling started.

Tian, who is also a sheriff's deputy, made his way around the counter to call 911 -- which is when the woman can be seen pushing down the Plexiglas dividers.

Marshfield police say only the woman engaged in criminal behavior but the restaurant's owners don't want to press charges.

"I don't want him [to] get in trouble, I want him serious about who he is," Yan said.

The Quincy Police Department confirmed Friday that they are aware of the incident at the Ming Dynasty and are conducting an internal investigation to determine if any disciplinary action is appropriate.

How Will Massachusetts Distribute the COVID-19 Vaccine Once It's Approved? 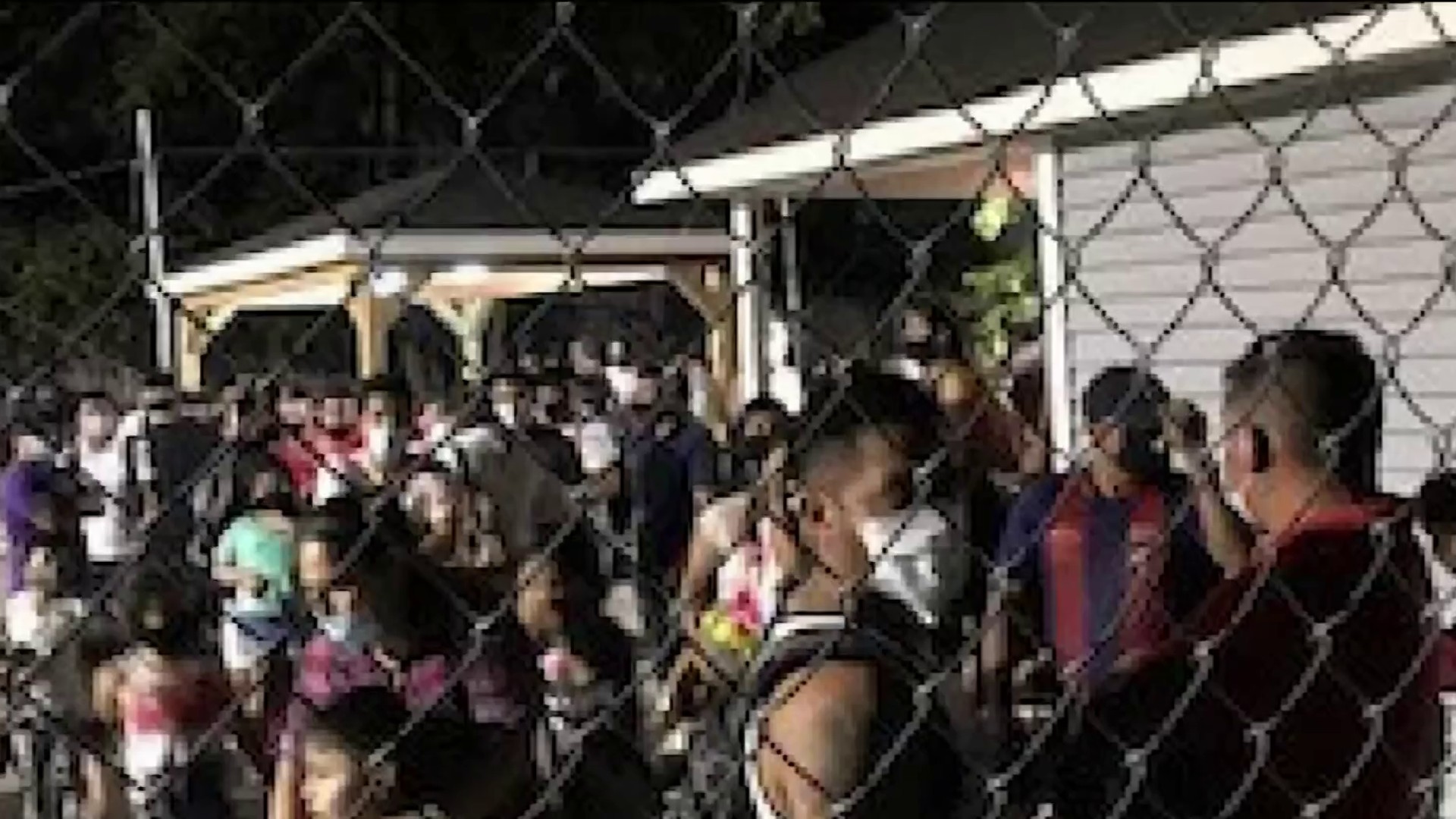 Family Fined $1,500 After Hundreds Show Up to Fundraiser for Sick Aunt