On Tuesday, President Joe Biden announced the United States will have enough coronavirus vaccine doses to inoculate the nation's entire adult population by May. To help with the effort, drugmaker Merck will produce rival Johnson & Johnson’s newly approved one-shot vaccine.

Meanwhile, Texas and Mississippi officials said they plan to ease virus restrictions, including ending mask mandates. Top health officials, including the head of the Centers for Disease Control and Prevention, responded by begging people not to risk another deadly wave of contagion just when the nation is making progress in vaccinating people and victory over the outbreak is in sight.

The U.S. has reported more than 518,000 deaths and 28 million coronavirus cases since the start of the pandemic, according to a tally by NBC News.

President Joe Biden on Wednesday condemned both Texas and Mississippi's plans to end their mask mandates and reopen as officials try to contain new strains of the coronavirus.

“We are on the cusp of fundamentally changing the nature of this disease… and the last thing we need is Neanderthal thinking that in the meantime, everything is fine, take off your masks,” Biden said. “It still matters.”

President Joe Biden condemned the news that both Texas and Mississippi were ending their mask mandates and reopening as officials try to contain new strains of the coronavirus. “We are on the cusp of fundamentally changing the nature of this disease… and the last thing we need is Neanderthal thinking that in the meantime, everything is fine, take off your masks,” Biden said. “It still matters.”

Biden Stands by May Timeline for Vaccines for All US Adults

“We are not in the habit of overpromising," he said.

Biden announced Tuesday he expects the U.S. will have enough coronavirus vaccine doses for all adults by the end of May — two months earlier than anticipated. He's also pushing states to give teachers at least the first shot by the end of March to hasten school reopenings.

Drugmaker Merck will help produce rival Johnson & Johnson’s newly approved one-shot vaccine. The White House said Merck would devote two plants to the production process. One would make the vaccine and the other would handle inserting the vaccine into vials and ensuring strict quality controls. White House press secretary Jen Psaki said the Biden administration was using its powers under the Defense Production Act to help Merck retool to work on the production.

The Biden administration is warning against virus fatigue and encouraging Americans to continue to wear a mask and practice social distancing despite many states easing restrictions.

Dr. Rochelle Walensky, the director of the Centers for Disease Control and Prevention says the nation is “at a critical nexus in the pandemic,” and the next two months are “pivotal” in determining the remaining course of the pandemic.

While vaccinations are set to rapidly ramp up, Walensky warned deaths and new infections have plateaued at a “troubling” level after falling off their January highs.

She says: “Fatigue is winning and the exact measures we have taken to stop the pandemic are now too often being flagrantly ignored.”

Walensky says the CDC has been clear in opposing states’ moves to lift restrictions and encouraged Americans to follow federal guidelines.

Detroit Mayor Expands Vaccine Eligibility to All Factory Workers, Regardless of Age

This week, Detroit Mayor Mike Duggan is expanding vaccinations to any resident factory worker, no matter their age or where they work.

Non-Detroit residents can also get a shot if they work in manufacturing in the city.

“We’ve had some illness in our plants and deaths. This is incredibly important. ... It’s going to give them some peace of mind,” said Cindy Estrada, a vice president at the United Auto Workers, who bared her arm for a shot at the news conference.

More than 2.3 million vaccine doses have been administered so far in Michigan, mostly in the Detroit area, according to the state health department.

Dolly Parton rewrote the lyrics to “Jolene" as “Vaccine, vaccine,” as she got her COVID-19 shot. The Grammy-winning singer, actor and humanitarian posted a video on Tuesday of her singing just before getting her vaccine.

The 75-year-old put on a typical show in the video, laughing and cracking jokes and making sure her hair was looking good. She wore a purple shirt with shoulder cutouts just for the occasion and then smiled at the camera, proclaiming, "I did it!"

Pennsylvania Teachers, School Staff to Get First Dose of Vaccine

With growing emphasis on getting students back in schools, teachers and school staff will receive the first doses delivered to Pennsylvania of the newly approved one-shot Johnson & Johnson vaccine.

That's according to Gov. Tom Wolf’s plan being released Wednesday. State officials expect 94,000 doses of the Johnson & Johnson vaccine to arrive this week. Wolf's office says giving the vaccine to teachers and other school staff will “help protect school communities and get more students back into classrooms.” The state is still in Phase 1A of its vaccine plan. That's health care workers, people age 65 and over and younger people with high-risk medical conditions.

California Gov. Gavin Newsom has repeatedly called equity his “North Star" for vaccinating a diverse state of nearly 40 million. He partnered with the federal government to set up mass vaccination sites in working-class neighborhoods in Oakland and Los Angeles. And it's a big part of why he tasked insurer Blue Shield with centralizing California's patchwork vaccine system, asking the hospital chain Kaiser Permanente to assist.

Yet officials at community health centers that are considered the backbone of the safety net for the poor in the U.S., focused on health equity, say they are not receiving enough doses for their patients — the very at-risk residents the state needs to vaccinate.

In California, nearly 1,400 such centers offer free or low-cost services to about 7 million people, many in communities with a higher concentration of low-income families and few providers who take Medicaid, which is known in California as Medi-Cal. Many of their clients speak a language other than English, work long hours, lack transportation and want to go to the medical care professionals they trust.

Dr. Efrain Talamantes, chief operating officer for AltaMed Health Services, said it was disheartening to watch initial doses go elsewhere while his patients continued to test positive for the virus.

“There is a clear disparity every single time there’s a resource that’s limited,” he said.

As California has ramped up vaccination efforts through mobile and pop-up clinics at churches, work sites and schools, state data show how relatively few shots have gone to Latinos and Black candidates compared to their populations. 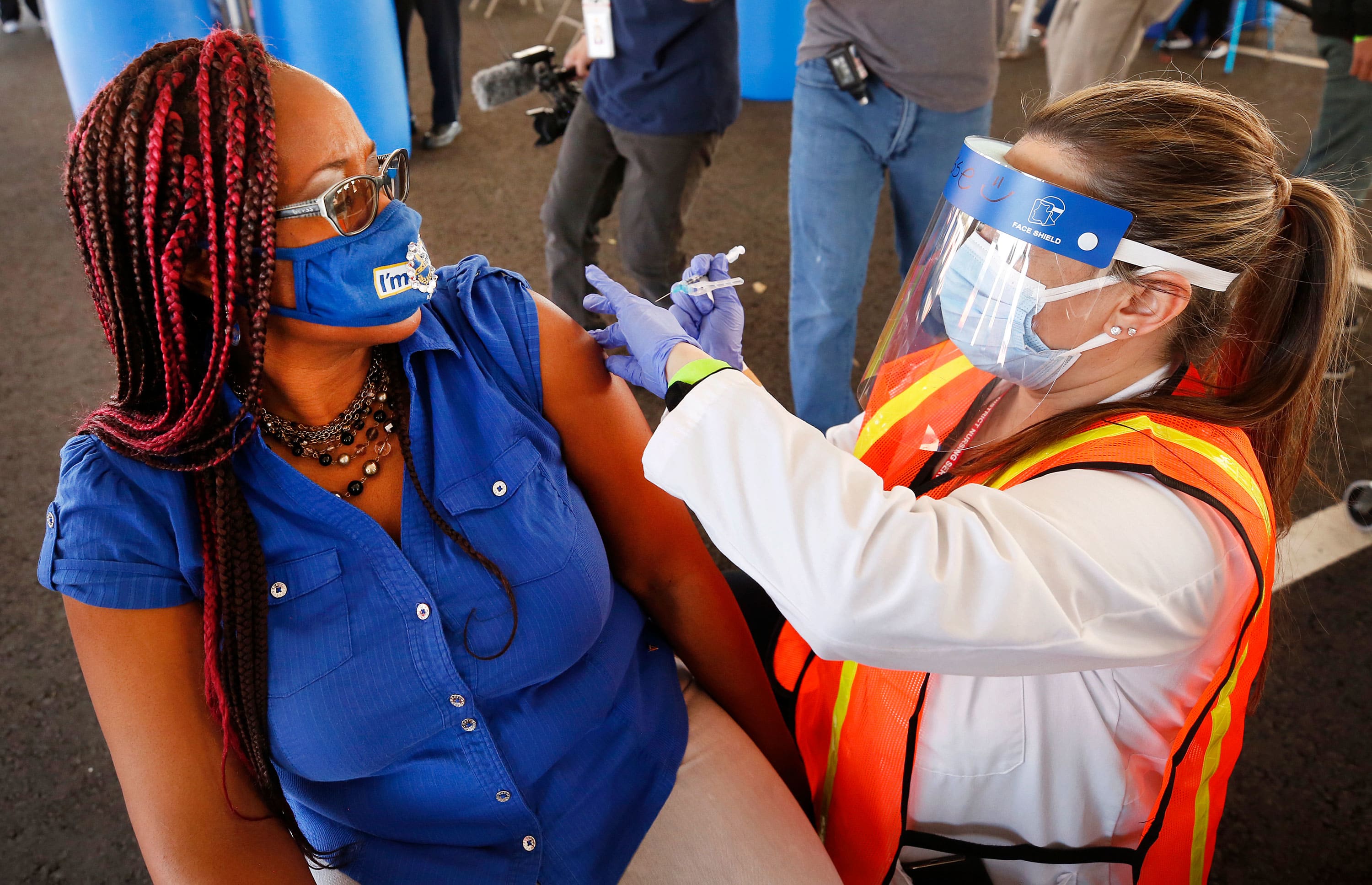 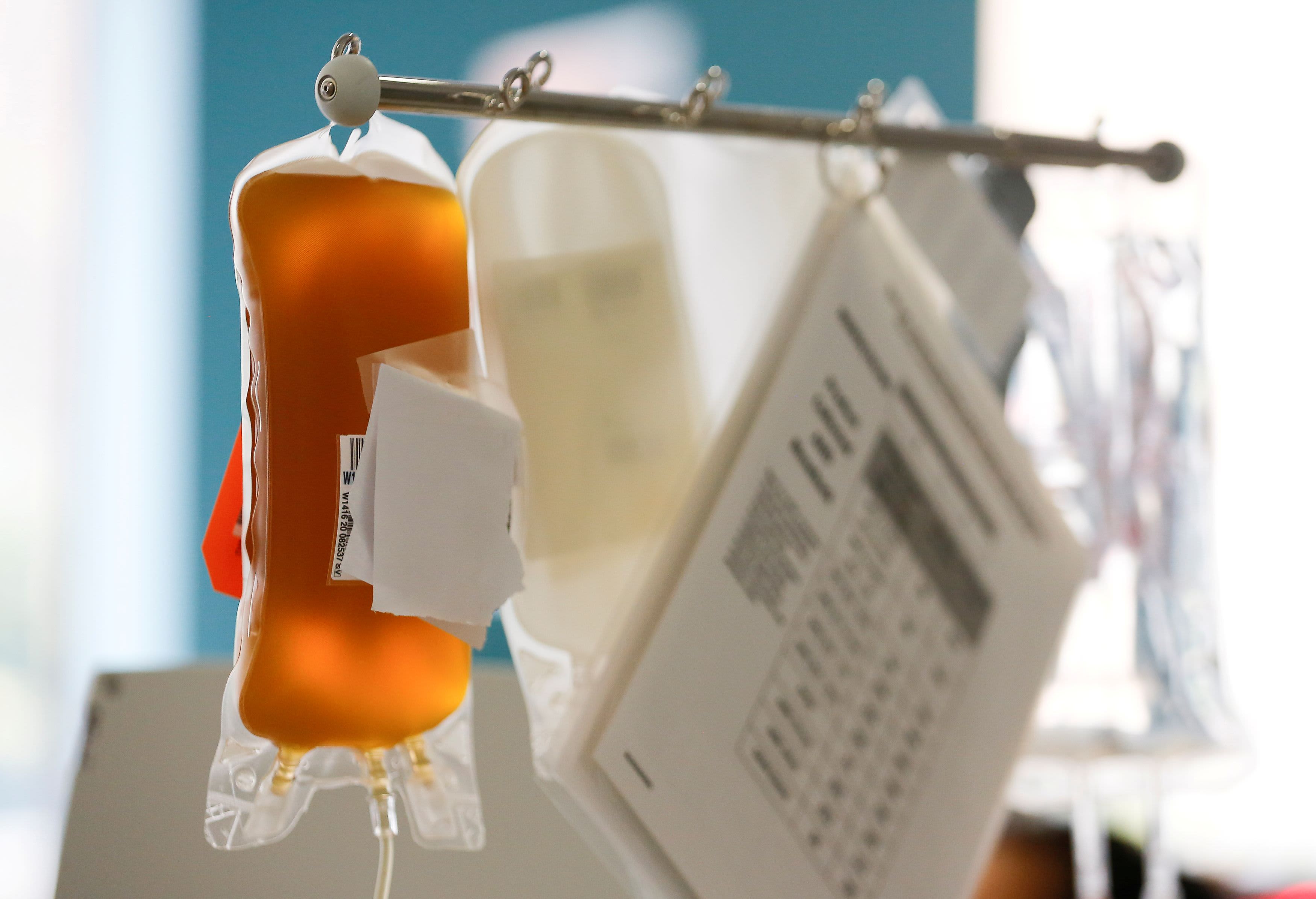