As the debate over whether to reopen schools in the fall amid the ongoing coronavirus pandemic continues, the United States set a new record: more than 70,000 new coronavirus cases in a single day, according to NBC News.

In response to President Donald Trump's threat to "cut off" funding for schools that do not completely reopen in this coming school year, the president of the American Federation of Teachers Randi Weingarten called Trump's push to reopen schools "unconscionable" on TODAY Thursday.

Also Thursday, the director of the CDC clarified that it is not revising its guidance on schools after Vice President Mike Pence said Wednesday that it would. The existing guidance recommends students and teachers wear masks whenever feasible, spread out desks, stagger schedules, eat meals in classrooms instead of the cafeteria and add physical barriers between bathroom sinks.

The Trump administration's urging schools to reopen comes as Florida reported its highest single-day jump in deaths and hospitalizations Thursday, and Houston, Texas, reported a spike in patients dying at home.

Nationwide, the number of confirmed coronavirus cases has passed 3.1 million — meaning nearly one in every 100 people has been confirmed as infected — and the number of deaths is more than 134,000, according to a tally from NBC News.

If Everyone Wears Masks, 58% of COVID-19 Deaths Could Be Prevented by Fall: Study

If practically everyone in America wears masks while out in public, it could prevent tens of thousands of COVID-19 infections and deaths by the fall, according to researchers at the University of Washington’s Institute for Health Metrics and Evaluation (IHME).

“It is hard to imagine any health intervention that would be more cost-effective,” Theo Vos, professor of health metrics sciences at the IHME, tells CNBC Make It. “Even if causing a small amount of discomfort to everyone.”

To date, there have been at least 3 million infections and 132,000 COVID-19 deaths in the United States, according to data from Johns Hopkins University and Medicine. The U.S. hit a record single-day COVID-19 infections on July 8, with 60,000 daily infections reported.

But that could all change if 95% of people now start wearing masks anytime they’re in public, according to the model. Universal mask usage could prevent nearly 45,500 projected COVID-19-related deaths by Nov. 1, or about a 58% reduction, Vos says.

Starbucks Announces Mask Requirement for All US Customers

Starbucks has announced that all customers will be required to wear masks or facial coverings when ordering inside its cafes, regardless of current local or state guidelines.

"The company is committed to playing a constructive role in supporting health and government officials as they work to mitigate the spread of COVID-19," Starbucks stated in a press release posted Thursday. The rule applies to all cafes throughout the country and the policy has no end date.

Customers who refuse to wear face coverings will be given the option to order at the drive-thru, opt for curbside pickup through the Starbucks app or place an order for delivery through Starbucks Delivers.

Last month, a San Diego Starbucks barista was shamed on social media for refusing service to a customer who was not wearing a mask. Face coverings are mandatory inside businesses in San Diego County. Gutierrez received more than $101,000 in tips after the incident went viral.

States across the South and West are seeing a surge in the number of people hospitalized with COVID-19, putting a strain on hospital systems as the number of new patients outpaces those being discharged.

Florida reported Friday another one-day record increase in the number of residents hospitalized with the coronavirus, going from 17,167 to 17,602. More than 45% of intensive care units in Florida hospitals were at capacity or had fewer than 10% of their beds available as of Thursday, the state Agency for Health Care Administration reported on its website.

In Miami-Dade, Florida's worst-hit county, ICU capacity was at 91.9% with a few of the smaller hospitals running out of ICU beds completely, the state health agency reported.

The state’s predicament echoes that of other current hot spots. Texas, which is marking its deadliest week of the pandemic, has seen 27 straight days of record-setting increases in COVID-19 hospitalizations statewide. In Arizona, hospitals were at nearly 90% capacity with a record number of patients on ventilators, health officials said.

As coronavirus cases spike in Texas, an emergency room physician in Houston said starting her shift every day is like going to war. Dr. Gina Blocker said her hospital is seeing young people with serious symptoms as well as a disproportionate number of patients of color.

North Carolina and Arkansas also reported the largest one-day increase in hospitalizations from the coronavirus on Thursday. And in Georgia, health officials reported that 82% of critical care beds in state hospitals were full.

The South Carolina Department of Health reported more than 75% of the state's hospital beds were occupied, with confirmed COVID-19 patients accounting for nearly 20% of them. At Columbia's Lexington Medical Center, hospital officials tell NBC News the number of hospitalized patients has tripled in recent days and that 30% of all COVID-related deaths has occurred over the last two weeks.

"I think our numbers will continue to climb, I don't think we've hit our peak at all," said Dr. Carol Choe, adding that Lexington Medical expects to hit its ICU capacity over the next few days.

The company said its analysis also found that remdesivir treatment was associated with “significantly improved clinical recovery.” The findings are being presented at the Virtual Covid-19 Conference as part of the 23rd International AIDS Conference, the company said.

Gilead said it analyzed data from 312 patients enrolled in its phase three trial and compared it with that of 818 patients in “a real-world retrospective cohort” with similar characteristics and disease severity who received standard care alone during the same time period as the phase three trial.

Read the full story on CNBC.com.

A Fort Worth-area dog has been found to have the first coronavirus infection confirmed in a Texas animal, state officials said.

A private veterinarian tested the pooch Tuesday as a precaution after its owners were confirmed to have COVID-19. The veterinarian reported the 2-year-old dog is otherwise healthy, according to the commission statement.

The dog is not the first animal in the nation to test positive for the coronavirus. Ten other animals have tested positive for the virus, according to the U.S. Department of Agriculture Animal and Plant Health Inspection Service website.

State Veterinarian Dr. Andy Schwartz assured that there is no known evidence that pets can transmit the virus, but they can catch it. He advised that pets be restricted from contact with persons with the coronavirus.

A team at a veterinary school in France is training dogs to identify the scent of people infected with COVID-19. Researchers hope this could provide an effective and cost-effective mitigation tactic in the near future.

New Mexico authorities will halt indoor restaurant service, close state parks to nonresidents and suspend autumn contact sports at schools in response to surging coronavirus infections in the state and in neighboring Texas and Arizona.

Gov. Michelle Lujan Grisham unveiled the sweeping orders Thursday. She says they take effect Monday, saying that “we are at war with COVID-19.”

Canceled autumn sports include football and soccer and affect not only public schools but recreational leagues for all ages. People exercising outdoors will be expected for the first time to wear a mask.

Meanwhile, Kentuckians will be required to wear face masks or coverings in public places beginning Friday.

Beshear says the increased case counts from the last few days along with an “explosion” in other states prompted him to issue the executive order. About two dozen other states have issued mask mandates in public places.

Starting early next week, Mississippi will require people to wear masks in public places in the 13 counties showing the greatest recent increases in cases, Gov. Tate Reeves said Thursday. Business owners in those counties will be asked to screen employees for infections.

Worsening coronavirus trends in Texas again set another grim milestone Thursday as the state reported more than 100 deaths in a single day for the first time, making this the deadliest week of the pandemic in what has rapidly become one of America's virus hot zones, NBC DFW reported.

In addition to 105 new deaths, Texas also reported a new high for hospitalizations for the 10th consecutive day and the rolling rate of positive tests inched closer to nearly 16% -- the highest in the pandemic yet.

"I gotta tell you, I think the numbers are going to look worse as we go into next week," Republican Gov. Greg Abbott told Houston television station KRIV.

The bleak numbers, and uncertainty over when a reversal might come, has hospitals across Texas amplifying calls for more staff and scrambling to make room for new COVID-19 patients filling beds. In Weslaco on the Texas-Mexico border, an emergency room has already set up a medical tent outside with 20 beds, but hospital officials warned that far more are needed.

Gov. Steve Sisolak announced Thursday that Nevada would reimplement restrictions on bars and restaurants in certain counties to prevent further spread of coronavirus due to what he called a “spike” in confirmed cases.

The directive is the second time Nevada has tightened restrictions since the state moved to phase two of its Roadmap to Recovery in early June, allowing businesses including bars, restaurants, casinos and hotels to reopen their doors to customers. The number of confirmed cases rose throughout the month, prompting the governor to announce a statewide mask mandate on June 24.

Under the new directive, which will begin Friday at midnight and be in effect indefinitely, bars that do not serve food will close their doors and end counter service. Restaurants will stop serving parties of six or more. Sisolak did not provide a list of counties where the directive would be in effect, but said it would definitely include Washoe and Clark County, home to Reno and Las Vegas. 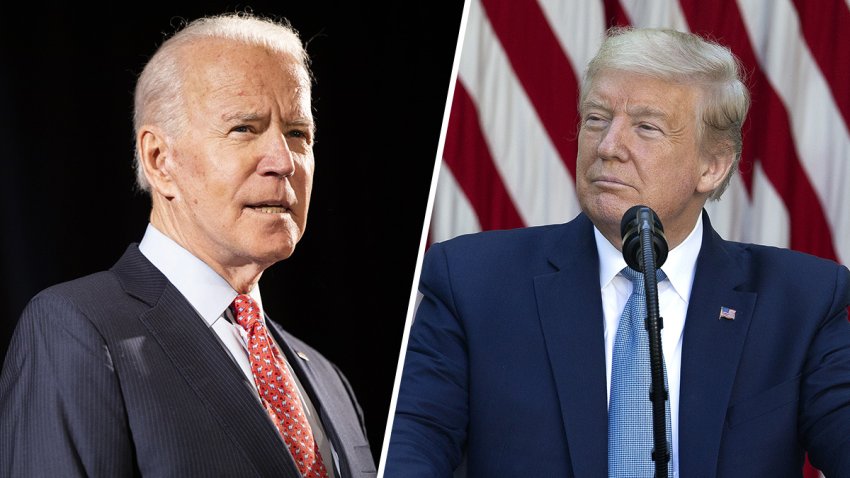 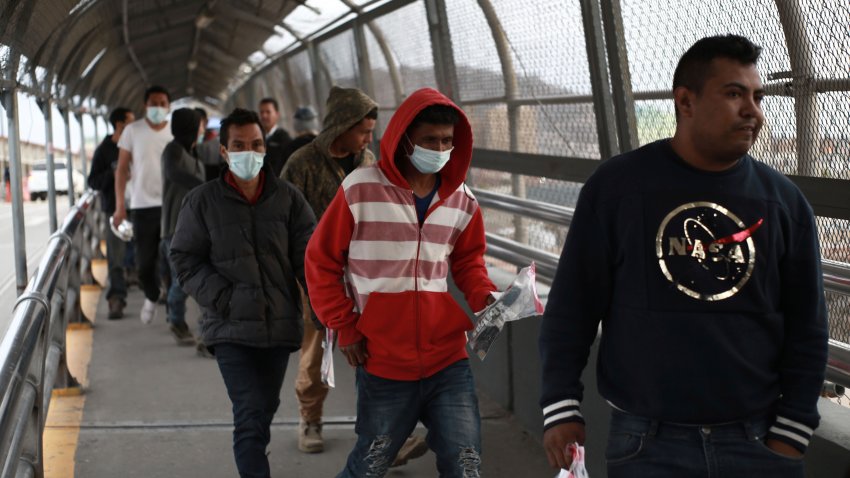