What Beaches in New England Are Open Over Memorial Day Weekend?

As New England states look to loosen coronavirus restrictions, many beaches and state parks are reopening with restrictions in place ahead of Memorial Day.

Here's a look at how each state is handling its beach openings:

In Connecticut, state beaches and parks have remained open during the pandemic, but Gov. Ned Lamont announced last week that beginning May 22, new restrictions would be in place like capacity limitations, face mask requirements, and keeping blankets several feet apart.

Among other guidelines released by Connecticut's Department of Energy and Environmental Protection, swimming will only be allowed at shoreline state parks and not inland state park swim areas.

Those who visit a shoreline park must maintain 15-feet of space from other beachgoers to allow for a 6-foot radius around each person or family and a 3-foot walkway in between groups, according to the DEEP.

Parking capacity at state beaches will be reduced and lifeguards will not be provided, officials said.

Dr. Stephen Leatherman, aka Dr. Beach, released his annual ranking of beaches in the U.S. Hawaii took the crown last year, but this year, the best beach is on the East Coast.

As part of Massachusetts Gov. Charlie Baker's reopening plan, beaches, parks and many outdoor activities are allowed to reopen on Memorial Day with restrictions in place.

In a letter released Monday by the Executive Office of Energy and Environmental Affairs, safety and re-opening standards must be adhered to for the safe reopening of beaches, including proper mask use and group sizes of no more than 10 people.

Other guidelines include keeping a social distance of six feet or more away and at least a 12-foot minimum distance between towels and blankets. Organized games like volleyball will not be allowed and indoor showers and changing rooms will not be open.

"Obviously not everyone's going to wear a mask, but if people are responsible and social distance well, we can make this work," said Joe Wiley of Hingham.

Restaurants along the boardwalk in Revere will be doing curbside pickup only and no lines are allowed to form. Street parking has already been blocked off along the beach.

Some other local beaches have additional restrictions put in place by the towns.

As we head into a holiday weekend, beaches are preparing to reopen, but things won't be back to normal.

In Maine, Fort Williams Park in Cape Elizabeth and beaches in Wells welcomed visitors back last week with restrictions.

In Wells, activities on the beach are limited to walking, swimming, fishing and surfing. At Fort Williams, cars are restricted from the park, with visitors required to walk or bike in only.

York isn't expected to open its public beach restrooms to visitors until June 1, according to Town Manager Steve Burns.

Normally there would be heavy traffic and people hanging out at Old Orchard Beach on Thursday, but as Mainers get ready for Memorial Day weekend things will look different as beaches are only open to walkers.

No state beaches in New Hampshire will be open in time for Memorial Day but Gov. Chris Sununu said Wednesday he is trying to see if it is a possibility on June 1.

Small beaches on lakes and ponds that are town owned or in the state parks system are already open, but New Hampshire officials are asking people not to sit on blankets.

Sununu said he hopes people will continue to obey the beach ban during the normally busy holiday weekend.

Beaches will remain closed in New Hampshire through at least the end of May and that's frustrating some residents.

In Rhode Island, East Matunuck and Scarborough state beaches will reopen on Memorial Day with restrictions in place, according to Gov. Gina Raimondo.

At both beaches, there will be limited parking spots, no lifeguards on duty, no concessions and no access to bathrooms or changing rooms. Visitors to the beaches will not have to pay, however.

The governor hopes to get all state beaches open in Phase 2 of Rhode Island's reopening plan.

North Beach in Burlington is open, but due to the COVID-19 pandemic, the campground is closed to the public.

Vermont State Parks are open for day use but regular season amenities are not yet available. The state hopes to have the parks fully operational by June 26 with social distancing measures and other restrictions in place. 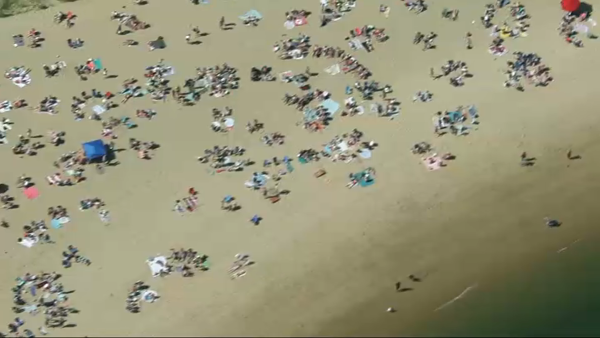 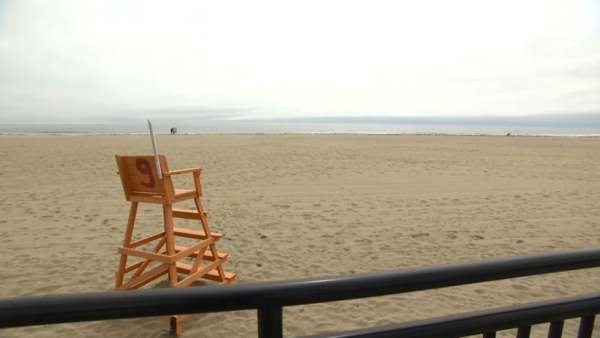