However, not all Phase 2 businesses will be able to reopen on Monday -- it is being broken into two steps

Phase 2 of Massachusetts' reopening plan will begin on Monday, Gov. Charlie Baker announced Saturday, calling it a "bright spot" for the state as it takes its next big step in recovering from the coronavirus pandemic.

"Thanks to your hard work and your sacrifices, we're bringing the fight to the virus … and Massachusetts is continuing to reopen," he said.

Not all Phase 2 businesses will be able to reopen on Monday, however. Officials announced that Phase 2 will have two steps.

In the first step, which begins Monday, the following industries can reopen: retail stores, child care, day camps, lodging, youth sports, outdoor seated dining. The second step, which won't begin until health officials have determined enough progress has been made, will allow indoor dining at restaurants, as well as the opening of nail salons, massage therapy and tanning salons, Secretary of Housing and Economic Development Mike Kennealy said.

Phase 2 also brings new guidance for health providers, who will be allowed to once again provide preventative services like annual exams. And it opens up new forms of outdoor recreation -- campgrounds, playgrounds and public pools will open.

The Baker administration had released guidelines for some of the businesses in Phase 2 already and released more of it Saturday. The big question had been when they would allow the guidelines to be put into action, which the governor put to rest at the very start of his news conference at the State House, saying it would be Monday.

"The start of phase 2 is a bright spot for the commonwealth," Baker said.

The "cautious" stage of the state's four-phase reopening plan, Phase 2 will take effect three weeks after Phase 1 of reopening Massachusetts ws implemented, the minimum amount of time the Baker administration had allotted for the state to move from one phase to the next.

Despite the progress the state has made, store employees and customers will still have to wear face masks and continue social distancing while they shop and take part in other activities. Businesses will also still need to have plans to keep customers safe.

"The goal here is, as we move this thing forward, to be able to sustain it so that we don't have to go back a step at some point in August or September," Baker said, repeatedly urging the public to continue to be careful as they go about their days.

Governor Charlie Baker will announce when Phase 2 of the state's reopening will begin on Saturday.

The pace of reopening is being driven by public health data. Baker noted Saturday that the rate that coronavirus tests come back positive is down, on average, 82% from the middle of April, the height of the surge. The number of hospitalized patients is, again on average, down 55% and the number of hospitals seeing surge conditions down three-quarters.

Health data will also determine when the Phase 2 moves into its second step, Baker said, likely over the course of the next few days.

The Department of Public Health's most recent daily report, Friday's, contained a tangible measure of progress: the state officially declared that the number of people hospitalized with the virus is officially trending in the right direction, the first time it upgraded one of the six indicators it's been tracking since they started on May 18.

While some more businesses were able to reopen Monday in Massachusetts, others are looking ahead at future phases.

What Does Phase 2 Mean for Massachusetts?

The next phase in getting Massachusetts back in business includes reopening child care centers, retail stores, restaurants, lodging and salons, though with restrictions.

Hospitals and community health centers will be allowed to provide less-urgent preventative care, including teeth cleanings and certain elective procedures.

More recreation will be allowed to restart, including campgrounds, playgrounds, public pools, athletic fields and courts and youth sports in a limited fashion.

The administration has also said that Baker's "safer-at-home" advisory would be lifted, but business and recreational travel would remain discouraged. The limit on gatherings of 10 people could be lifted, depending on the trends.

Baker was asked Saturday if the George Floyd protests that have brought thousands to the streets, sometimes in closer contact than advised by social distancing guidelines, factored into his decision to move to Phase 2.

He noted that gatherings outdoors have less potential to spread the disease the indoor ones, and that he'd seen many people wearing face coverings while taking part. But having big groups of any kind nevertheless "enhances the risk" of transmitting the coronavirus.

"We're going to have to wait to see what comes through in the data, and this is a real balancing act," Baker said.

His administration released guidelines earlier this week for businesses opening in Phase 2.

Child care centers, which currently are open only to children of emergency workers, will need to screen staffers and youngsters for symptoms of illness before allowing them in each day.

Centers must use only one entrance, stagger drop-off schedules and try to avert close contact between children.

At summer camps, attendees will have to stay in their groups, counselors won’t be able to move among groups, and field trips will be banned for now.

Retail stores that open their doors in Phase 2 must limit occupancy, require workers and customers to wear face masks, and — for groceries and pharmacies — create special hours for customers older 60, who are at higher risk of serious illness from the coronavirus.

Restaurants will only be able to serve people outdoors, at first. Among other regulations affecting eateries, patrons will have to keep their masks on until they are seated. 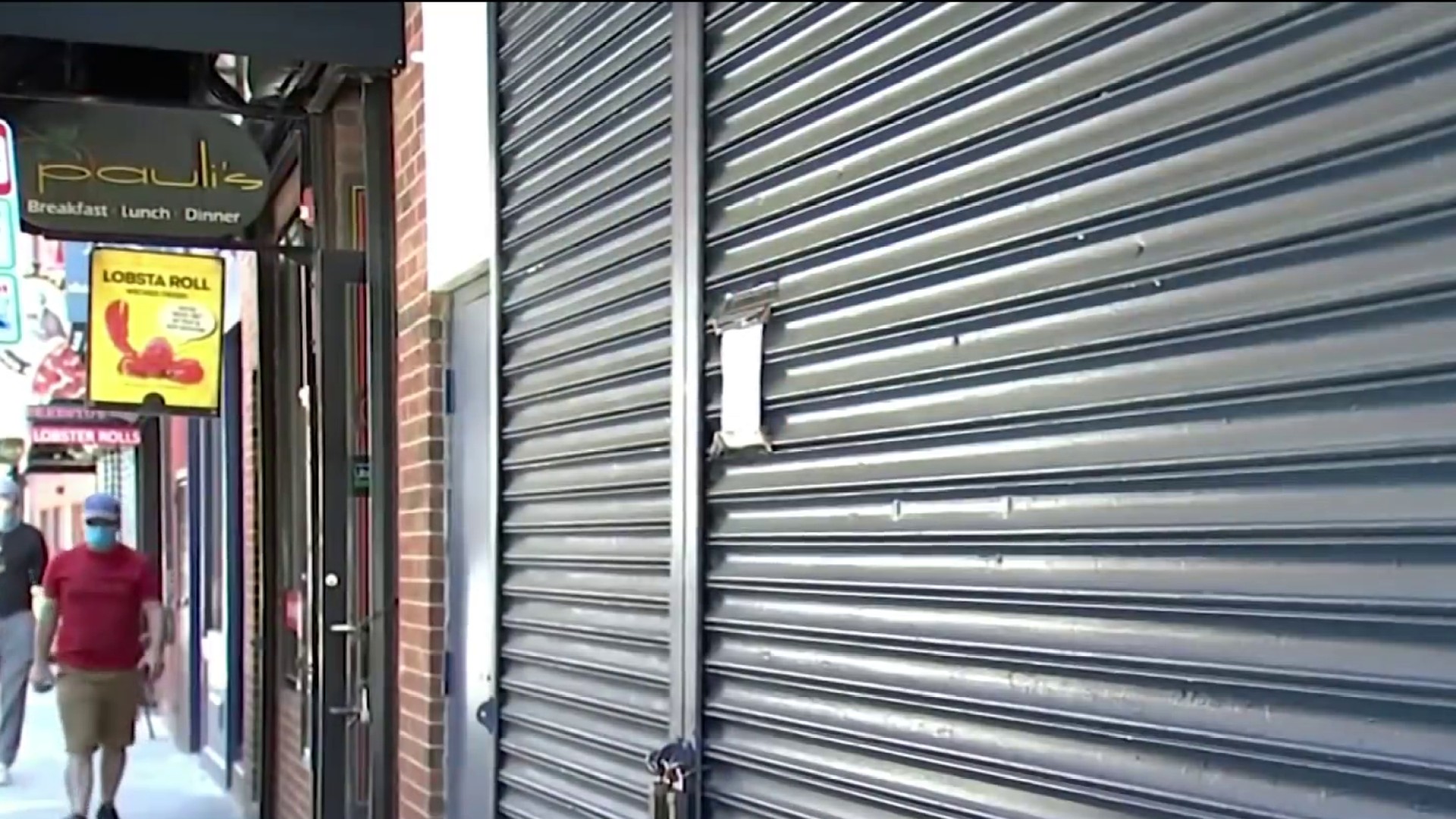