The state is also reducing capacity at gyms, retail, office and more to 40% and putting in place new mask guidance

With the spread of COVID-19 continuing to accelerate, Massachusetts Gov. Charlie Baker announced Tuesday that the entire state will revert to Phase 3, Step 1 of its reopening plan beginning on Sunday.

"The rate Massachusetts residents are getting infected and the rate at which they are needing medical care, if all continues to move at this pace, is simply not sustainable over time, and our health care system will be put at risk," Baker said. "We have to do more."

The return to Phase 3, Step 1 will result in the closure of certain Step 2 businesses, including indoor performance venues and certain high-contact indoor recreational businesses.

Baker also announced that the state is reducing capacity for "pretty much everything" -- including gyms, libraries, museums, retail stores, offices, houses of worship, movie theaters and lodging -- from 50% to 40%.

Mask guidance is being strengthened for gyms, office spaces and restaurants, and restaurants will be forced to reduce table size from 10 to six per party and place 90-minute time limits on dining.

Gathering limits for outdoor venues are also being reduced from 100 to 50, and anyone hosting a gathering of greater than 25 people outdoors will be responsible for notifying their local board of health.

"We are in the middle of the holiday season and we all get the fact that it's a tough time of year for this kind of message," Baker said. "But now more than ever as we all work our way through this second surge, it's critically important for everybody to understand the decisions you make every day about what to do and who to be with will have a significant impact on our ability to stop the spread, to make it possible for people to work, to keep our schools open for kids and to build ourselves a bridge to the vaccine and to keep our health care system strong."

"This is a very serious time," Lt. Gov. Karyn Polito added. "But we are very hopeful that vaccines are in our sights so we can soon restore the full vibrance of our great state and our quality of life."

Gov. Charlie Baker announced on Tuesday that all of Massachusetts will revert to Phase 3, Step 1 of its reopening plan Sunday in response to a rise in coronavirus cases. Here's what that means for you.

Baker had hinted on Monday that his administration would be acting on additional restrictions soon while acknowledging growing frustration with him and the situation more generally.

At a news conference where Baker announced increased coronavirus testing and new limits on elective procedures at Massachusetts hospitals, reporters asked Baker why he hasn't imposed more statewide restrictions and what options are currently on the table.

"I fully expected at some point we'll make some decisions with respect to that," he replied. 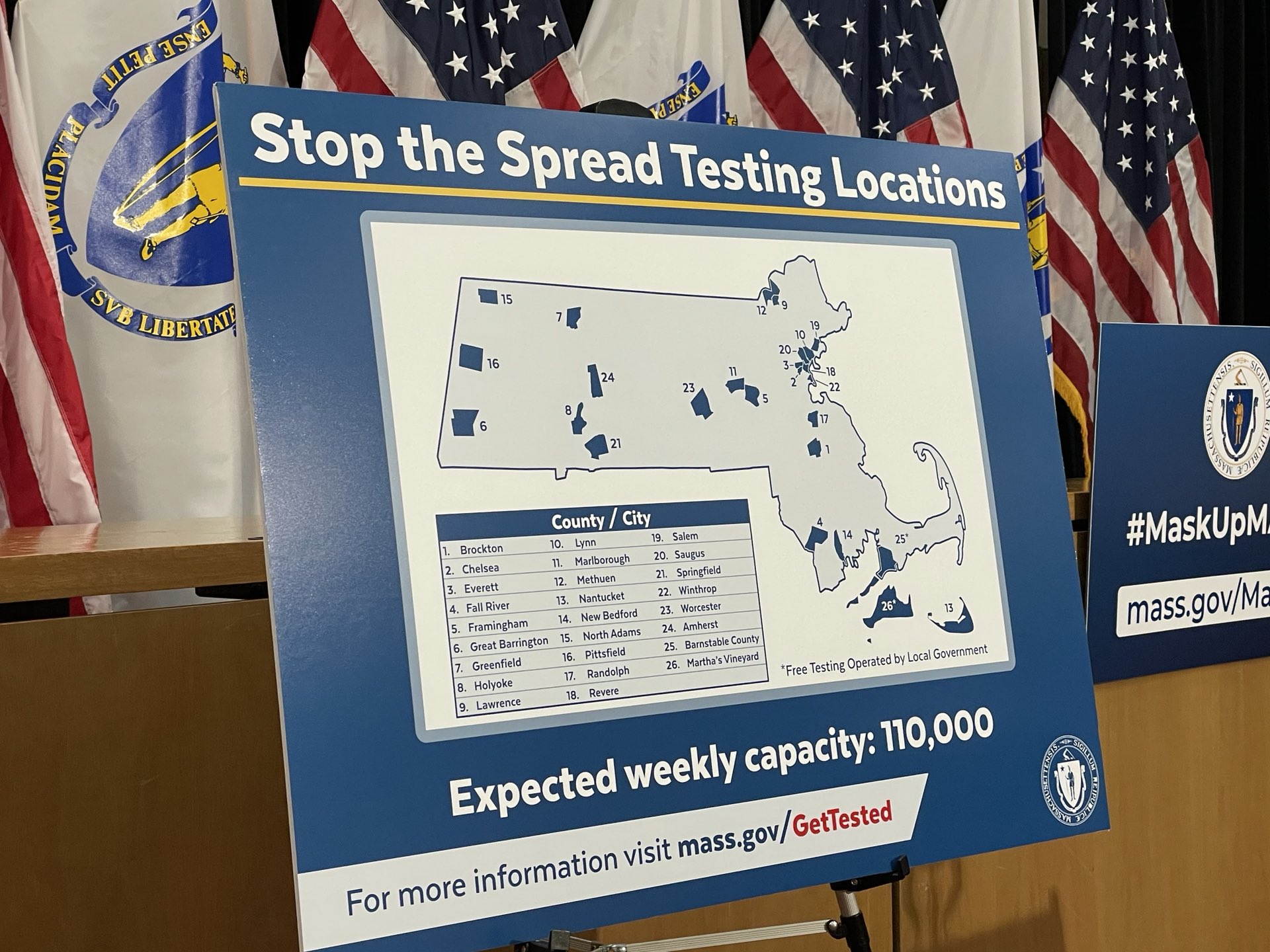 Baker added that he had spoken with several mayors over the weekend who are frustrated with him and frustrated that people continue to engage in risky behaviors that help spread the virus.

One of the latest health professionals to question the governor's lack of action was Dr. Ashish Jha, the dean of the Brown University's School of Public Health.

Jha said in a tweet over the weekend that while he has defended Baker’s response in the past, he’s “aghast” at the lack of action over the past six weeks and called for tighter restrictions.

“Over the last six weeks it’s become very clear that we are heading towards a really bad surge of infections ... and the response from the governor’s office has been wholly inadequate,” he said.

Jha said hospitalizations and deaths are on the rise, yet “casinos and tanning salons are still open.”

The seven-day rolling average of daily new cases in Massachusetts has risen over the past two weeks from almost 2,654 on Nov. 22 to more than 4,554 on Sunday, according to the COVID Tracking Project.

As recently as last week, Baker had said that he was not planning any additional COVID-19 restrictions.

Baker cautioned at the time that "one day doesn't make a trend," and said he would continue to closely monitor the data and make his decisions based on the available information.

The state Department of Health data also shows that there are more than 58,400 active cases of the virus in the state, of which about 1,500 are in the hospital.