Since September, 85 children have been using a park as a preschool in Boston

Some may see busy streets, sidewalks and honking horns as distractions, but for Charlestown Nursery School, it's the backdrop of their day.

The Boston school has created classrooms with no walls or ceilings.

Co-director Kelly Pellagrini said it starts every morning with teachers packing small wagons filled with supplies and then rolling them to a nearby city park.

"We pack up everything we have inside the classroom and bring it outside," Pellagrini says.

Since September, 85 children have been using the public park as a preschool. It is a move they made to try to help keep kids safe and continue with in-person early education. School leaders say they took cues from research, other classrooms overseas, and even other pandemics in history.

One example in history that Pellagrini pointed to is in New York City in 1918, when they took all of the children outside.

"Handwriting is a little different with mittens on, but it can be done," she says.

Co-director Cady Audette said while they are bringing things like books, paint blocks and even magnifying glasses out to the public space, the biggest thing to note is, “none of it is extraordinary or out of the ordinary."

The result is a class with no classroom but plenty of space for learning.

Katie Devine has one child at the school and another who has since graduated from preschool.

“For a mom of one child also doing remote learning, it’s really hard to see the disparity in education right now," Devine says.

Parents say their children are not only engaged, they’re thriving, including Jen Phelan whose four year old son Max is a student at Charlestown Nursery School.

“I think for him being outside and having the space and support and environment to learn in person has been remarkable” Phelan said.

Rain or shine, these students and their teachers embrace the elements and each day as a new lesson -- a simple method and mindset they hope others can learn from.

“We feel like every school could be doing this. We hope they do,” Audette said.

“In many ways, this is the ideal classroom. It’s what every educator dreams of sort of,” Pellagrini said.

While this is just one private nursery school thinking outside the box by heading outside of the school building, school leaders and parents hope it can be seen as an example of what’s possible, even in the city, with a little extra effort and an open mind. 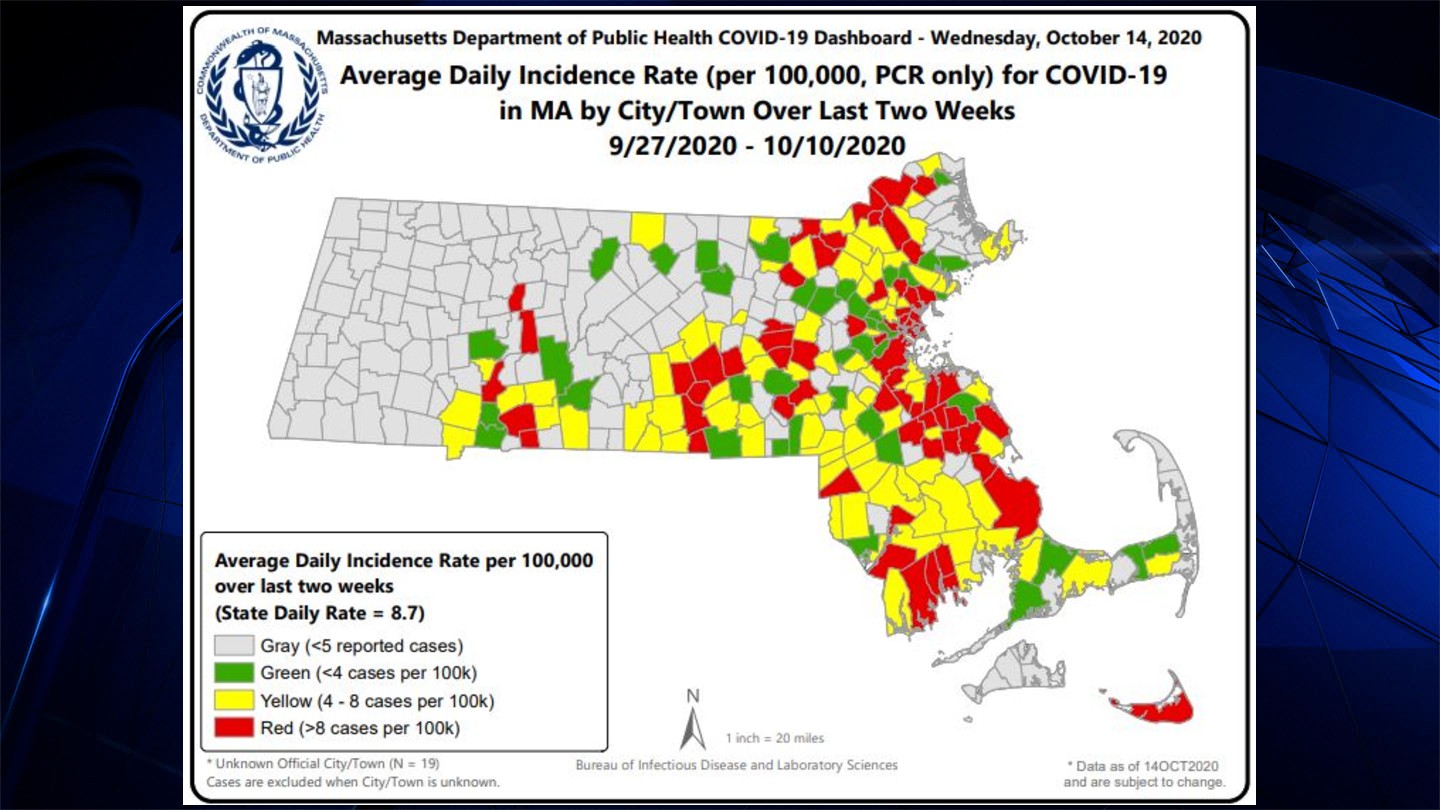 Here's How the Mass. Coronavirus Risk Map Will Look Different This Week