The letter from Northeastern University told students that partying "is unacceptable, will not be tolerated, and presents a danger to your health and the health of our community"

An Instagram poll that asked incoming freshmen at Northeastern University whether they plan to party when they arrive on campus prompted a stern warning from administrators Saturday.

Official letters sent to 115 students threatened to rescind their admission to the university if they didn't send a reply acknowledging that they will comply with the code of conduct.

“This is unacceptable, will not be tolerated, and presents a danger to your health and the health of our community,” the letter said.

The poll, which was posted on the account northeasternclassof24, surfaced as the school prepares to reopen for the fall semester during the coronavirus pandemic. Classes begin Sept. 3; so far, one member of the Northeastern University has tested positive for the coronavirus after over 5,000 tests, according to the school's COVID-19 dashboard.

Universities in the Boston area are developing protocols to keep coronavirus off campus, especially in light of schools elsewhere struggling to contain the virus. The University of North Carolina - Chapel Hill recently sent students home after holding lessons in classrooms; Notre Dame and Michigan State pivoted to online learning amid outbreaks as well.

Northeastern University will require each student who received the letter sent Saturday to sign it and agree not to party. If they don’t, their offer of admission will be rescinded, the university said.

Student Alegria Izurieta said he thought the poll was “probably was intended as a joke because it’s college and everyone’s an idiot.”

He added, “I also feel for them because none of us want to be in this situation, but by doing that they’re only making it worse.”

Deanna Schwartz, managing editor of The Huntington News, the university’s independent student newspaper, was the first journalist to publish a screenshot of the poll.

She’s since been harassed on social media and has also been accused of revealing the students’ identities, which she noted isn’t true.

“I’m being called a narc, a Karen, a Nazi, which I really don’t appreciate because I’m Jewish, and I’m just getting a lot of hate for it,” she said.

In a statement to NBC10 Boston Saturday night, the university acknowledged that it was the student who ran the poll who had voluntarily turned over the students’ names.

It’s unclear whether the university has received any responses to the letter.

More on Coronavirus and College in Boston 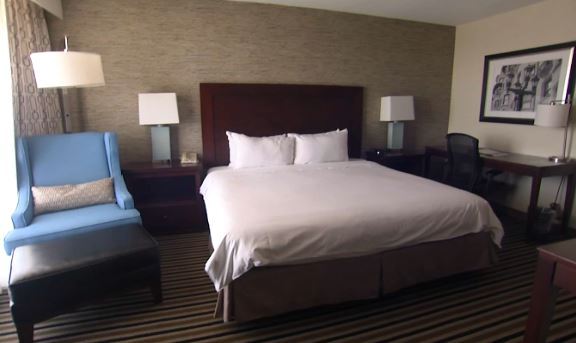