Christopher McCallum was found unconscious and bleeding outside the Robert I. Nickerson American Legion Post in the early morning hours of Jan. 27

Two brothers have been arrested in the death of a man outside a bar fight this January in Quincy, Massachusetts, law enforcement sources told the NBC10 Boston Investigators Tuesday.

Matthew and Steven Potter, the sons of a retired Quincy police sergeant, were arrested in the beating death of Christopher McCallum, the sources said.

The Norfolk District Attorney's Office said two men will appear in court Wednesday in connection with the incident, but didn't identify them and said details were under seal, which was set to be lifted when the court hearing gets underway at 2 p.m. 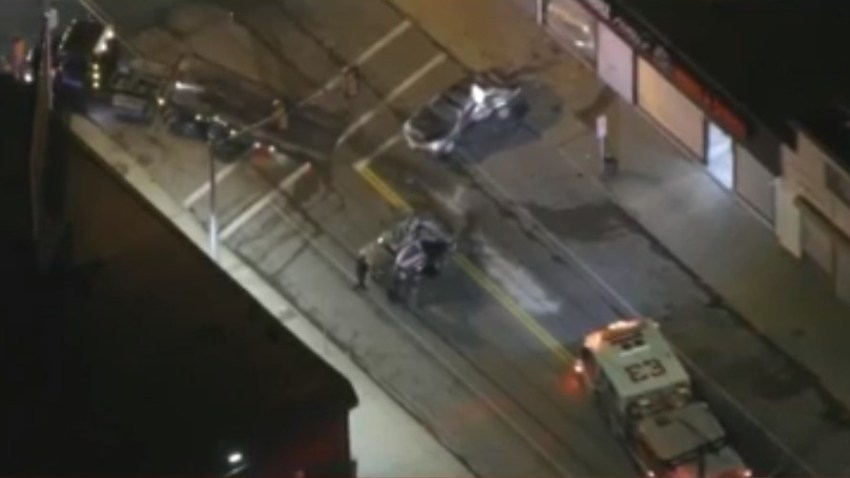 McCallum, 44, was found by Quincy police unconscious and bleeding outside the Robert I. Nickerson American Legion Post in the early morning hours of Jan. 27. Family members say held been there for a concert when a large disturbance broke out in the parking lot.

"Someone's responsible for this and they should own up to it," said Jean O'Donnell, a family relative, at a February vigil. "You can run but you can't hide."

Hours before his death, McCallum stopped by his parents' home to drop something off and told them he was having fun at the show, which was just blocks away. The next morning they would learn of his injuries.

"I never would have thought we'd be going through this in a million years, never ever," said his father, William McCallum Sr., at the time. "My son is in the ground and nobody is saying a word. I don’t understand it."