The hikers told officers they lost their path amid 40 mph winds, snow and freezing temperatures.

Officials say two trail runners were airlifted from a New Hampshire mountain after one man lost his shoes and continued running barefoot through several feet of snow.

The hikers told officers they lost their path amid 40 mph winds, snow and freezing temperatures.

Authorities say one of the men lost his shoes while trekking through deep snow and decided to continue barefoot before being forced to stop "due to frozen extremities." 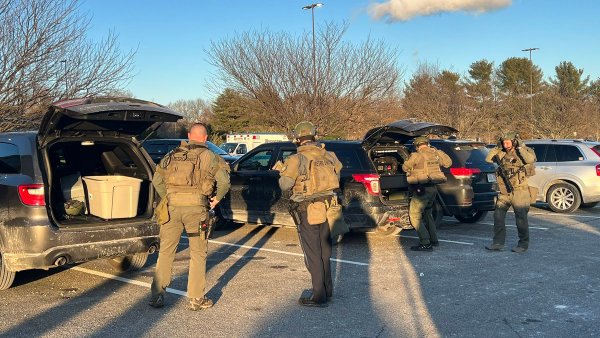 South Shore Plaza in Braintree Reopens After Man Shot Inside; Suspect Still on the Loose

A helicopter eventually lifted the two to safety. Their conditions weren't given.