Three people were ejected from an SUV in a fiery crash that left five injured in Lancaster, Massachusetts.

Authorities confirmed that three people in their late teens and early 20s were ejected from a Jeep. They were taken to UMass Memorial Medical Center in Worcester. According to investigators, they were not wearing seat belts.

The Jeep went down an embankment. When crews arrived on the scene, it was on fire. 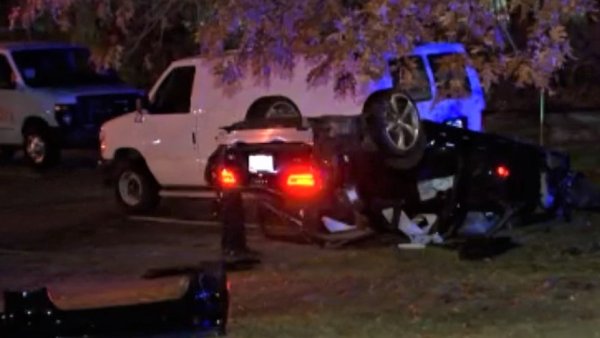 Two people in their 60s in the other vehicle were also hurt. Both were taken to Leominster Hospital with minor injuries.

The road was shut down as authorities assessed the scene, but has been reopened in time for the morning commute.