At least eight groups have been evicted from Encore Boston Harbor and fined for violating prohibitions on large gatherings in hotel rooms and other guests have opted to cancel their reservations when told at the front desk that the casino would strictly enforce rules of its own that are more strict than the state limits, gaming regulators said Thursday.

The Massachusetts Gaming Commission got a full rundown of the events at the Everett resort casino late on Saturday, Aug. 16 and into the early hours of Sunday, Aug. 17, when more than 110 mostly-unmasked people were kicked out of a suite at 3 a.m., triggering a disorderly conduct charge for the man who booked the suite and a notice of non-compliance for the casino.

Under Gov. Charlie Baker's limit, no indoor gathering can exceed 25 people. Encore is now enforcing its own limit on gathering limits for guests in its hotel -- no more than four people to a hotel room and no more than 10 people allowed in a suite -- by making violators subject to a fine in the range of $3,000, commission officials said.

"In light of recent events at Encore Boston Harbor, I wish to remind all that the MGC's jurisdiction and regulatory responsibilities extend to the entire gaming establishment, beyond the gaming floor. It's imperative that we take all necessary steps to enforce social distancing and all other COVID-19-related measures as outlined in the reopening safety guidelines approved by the Gaming Commission," Chairwoman Cathy Judd-Stein said.

She added, "To put it plainly, the stakes are too high for anything but full compliance with those safety standards." Commissioners did not take action against Encore on Thursday, but regulatory staff explained the timeline of the well-publicized incident and the steps that the commission and casino have taken since then.

Interim Executive Director Karen Wells said a man who booked the suite on Aug. 16 and another person began "frequently" escorting small groups of people from the lobby up to the suite beginning at around 6:30 p.m. By midnight, hotel management had received a call from a person who said they saw a post on Instagram that showed more than 100 people in an Encore Boston Harbor suite, she said.

Police intervened after a large party was held in a private suite at Encore Boston Harbor in Everett.

About 15 minutes later, a hotel butler told the front desk that he had just delivered something to the suite and saw more than 30 people inside. The butler told the desk "to clear up the party for violating the maximum hotel occupancy," Wells said. At 12:30 a.m., the front desk called the suite to notify the guests of the occupancy limit and to give them 15 minutes to clear out the suite. At that time, Wells said, 36 people left the suite.

There was a reported disturbance at about 3 a.m., Wells said, which got Encore security and the Massachusetts State Police Gaming Enforcement Unit to respond. That's when more than 110 people, most of them not wearing a mask or facecovering, were kicked out of the suite, Wells said. The 3 a.m. disturbance was the first time the casino's security team became aware of the situation that the front desk dealt with.

An investigation into the situation led to a notice of non-compliance with required changes to Encore last week, Wells said. Judd-Stein highlighted that while commissioners and regulators generally agreed that Encore was taking the situation seriously and handling it appropriately, "this is a very serious step."

"What was most egregious in this instance was not simply the actions of the public ... but what was egregious here for me was that that happened and our licensee got notice over three hours and at least one employee, the butler, did exactly the right thing and went and notified his fellow employees to have action taken," she said. The chairwoman added that Encore and the state's other gaming licensees need to "make sure they are hearing their employees when they hear reports of instances that put others at harm." 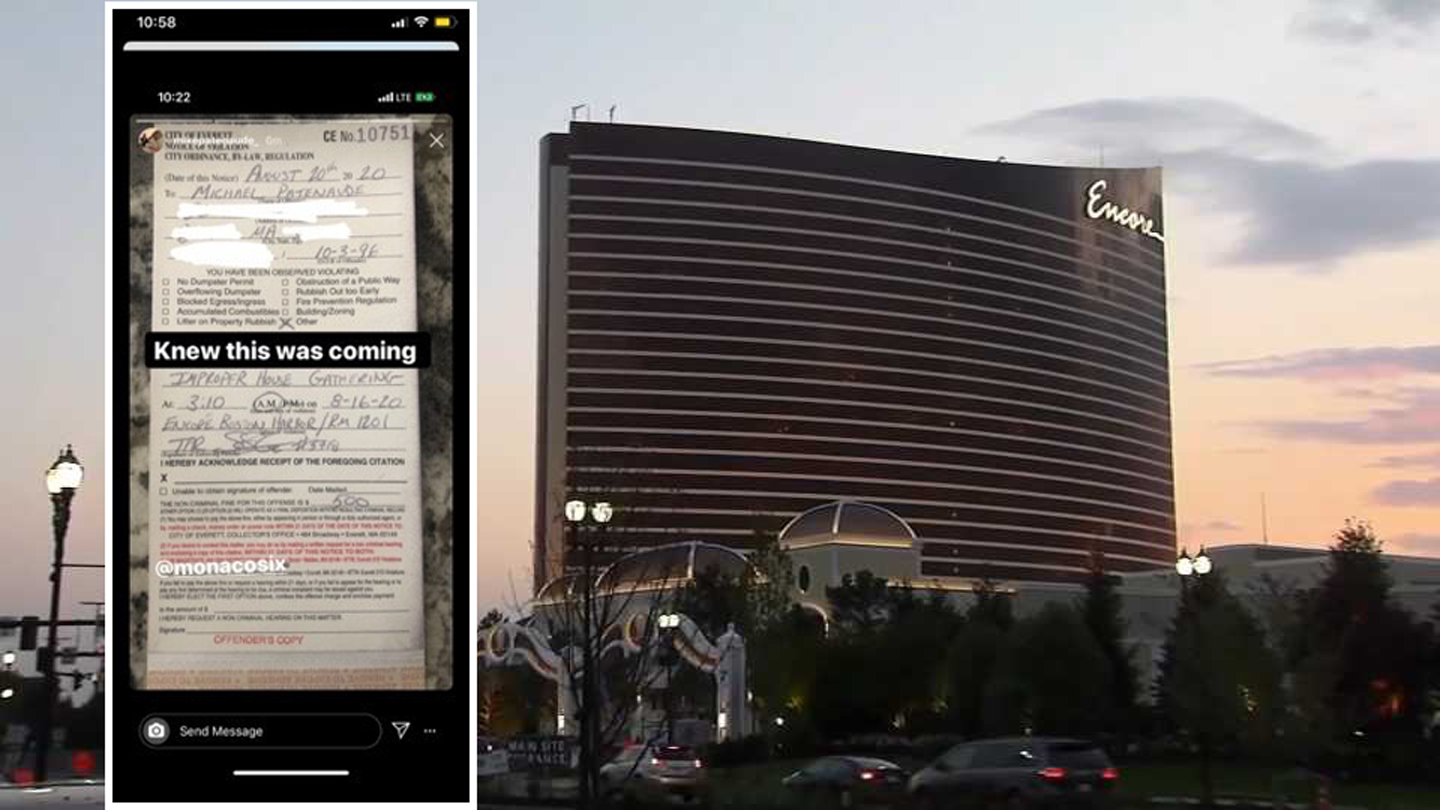 Among the commission's requirements for Encore was that the casino clearly communicates the state limits and the casino's own restrictions to guests, that the company train employees to identify red flags like frequent entries or exits from a room and raise those to higher-ups, and that security staff more closely monitor hotel floors and the elevator lobbies to make sure only registered guests are accessing hotel rooms.

"This kind of flouting of these safety measures is unacceptable to the property and they have put significant action and resources behind it," Investigations and Enforcement Bureau Deputy Director Loretta Lillios said, adding that the casino had already begun to implement many of the commission's requirements by the time the commission sent the notice of non-compliance.

The more explicit communication of the rules and fines, as well as increased monitoring of social media for chatter about parties at the casino, has deterred others, Lillios and Investigations and Enforcement Bureau Assistant Director Bruce Band.

"There was a big change at Encore over this past weekend. They were extremely vigilant in their duties. What we saw is not only guests change their mind about their weekend registration at the desk when they found out the new rules, but through their vigilance, eight different rooms were evicted for breaking those rules and fined as well," Band said. "So Encore seems to be holding fast to their new rules and really sticking to their guns as far as to what they are trying to get the guests to abide by. I was impressed with this because that's not easy to do with your loyal guests, per se."