Authorities in Massachusetts on Tuesday found a missing 8-year-old girl from Brockton, who apparently left her home the previous night.

Grace Adorno was reported missing at 8 p.m. Monday. Family members said she left their apartment on Ames Street upset after a "dispute at home."

Brockton police said they found Grace "safe and unharmed" after receiving a call around noon Tuesday from a friend of Grace's parents, who said the girl was outside her door at 25 Porter Street.

Family friend Devonna Buffalo says she was stunned to find Grace had spent the night sleeping under a tarp on her porch, less than a half mile from the 8-year-old girl's home.

"I let her in. I let her take a shower, eat and then I tried calling her mom," Buffalo said. 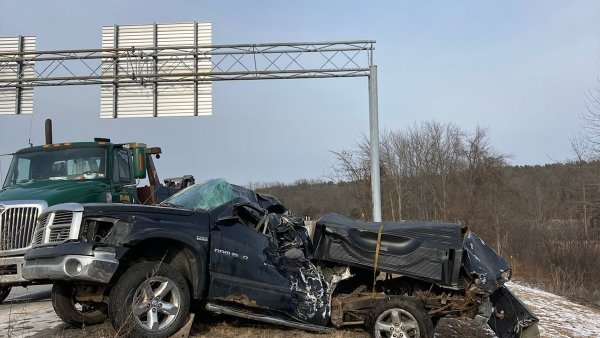 Brockton Police Chief Emanuel Gomes says Grace's mom called the department around 8 p.m. Monday when she realized her daughter had snuck out after an argument.

Volunteers combed the streets Tuesday morning for Adorno, while the FBI and Massachusetts State Police were also involved in search efforts.

State police said they had deployed its Special Emergency Response Team to assist in the ongoing search, which ended just before noon when Buffalo called police.

"People have been searching high and low for her," Buffalo said. "I was concerned mostly about how she was going to react because at this point in time she doesn’t want to be home."

Police say Adorno was taken to a local hospital to be evaluated but she was safe and unharmed.