Religious leaders and activists -- including former presidential candidate Dr. Jill Stein -- on Tuesday called on the city of Boston to change the name of one its best-known landmarks due to its ties to slavery.

At a rally at City Hall, the activists with the New Democracy Coalition called for city leaders to change the name of Faneuil Hall, a downtown tourist attraction donated to the city by Peter Faneuil.

Hundreds gathered outside Cambridge City Hall Monday night calling on the City Council to stop a planned $4 million increase in the budget for Cambridge police.

They also denounced racism and expressed support for protest calling for police reform following the death of George Floyd.

“Massachusetts was the first state to abolish slavery, yet the residual effects of systemic racism remain," founder of the New Democracy Coalition Kevin Peterson said. "Now is the time when we can build on past successes and build a better environment for the future."

Peterson expressed support for protesters calling for sweeping changes to police departments following the death of Floyd, an unarmed black man who died when a Minneapolis police officer knelt on his neck for several minutes.

"We forget that law and order are grounded in justice and the rule of law," he said. "This is the foundation of the United States constitution."

Stein, the Green Party's presidential candidate in 2012 and 2016, said now was the time to address longstanding racial injustices.

"Slavery was abolished, but now we mush abolish white supremacy," she said.

The activists also called for the creation of a commission on race and reconciliation in a bid to help the state to understand past racial injustices.

Peter Faneuil was the son of French Huguenot parents who originally settled in New York, and when they died he moved to Boston to live with his uncle, Andrew Faneuil, according to the National Park Service, which oversees the city-owned building.

Peter inherited the majority of his uncle’s estate and business and became one of the richest men in the city, trading in fish, tobacco, rum, molasses — and humans. According to an inventory of his estate after his death in 1743, he owned five slaves.

Meanwhile, more protests were planned Tuesday in Massachusetts to denounce racism and fall for reforms to end police brutality against black people.

A peaceful march has been planned in Revere at 4:30 p.m. in support of Black Lives Matters, starting at the bandstand at Revere Beach.

In Burlington, a vigil organized by members of the Burlington Interfaith Clergy Group in support of Black Lives Matter was scheduled for 5:30 p.m. at the intersection of Cambridge and Winn streets. 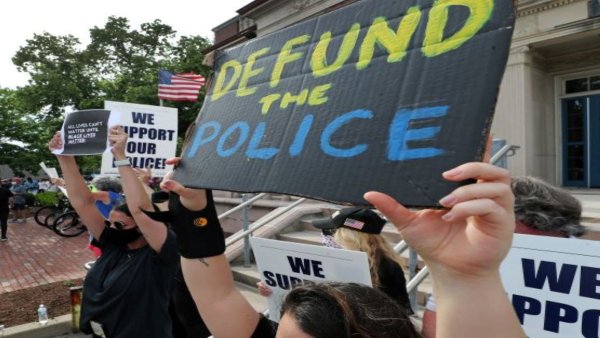 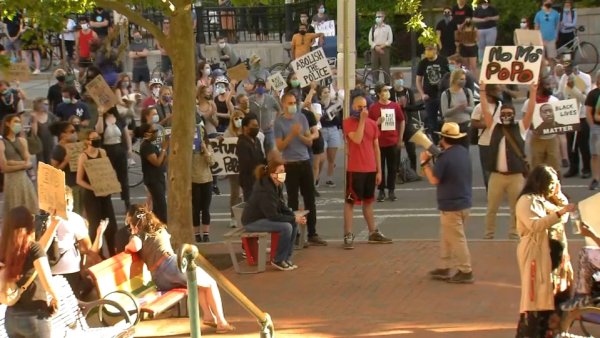