There was a moment this summer when Patriots rookie Quinn Nordin was about ready to give up on football.

There was a moment this summer when Patriots rookie Quinn Nordin was about ready to give up on football. It was early May and with no free-agent offers in the days following the draft, the former Michigan kicker was thinking about other plans for his future.

"I waited four days,'' Nordin said Monday. "I was on LinkedIn looking at jobs. I was thinking about maybe going into the military. The Patriots were my only call, so I'm here.''

The call was actually a text message from special teams coach Cam Achord.

"It's like 10 o'clock at night. I was sitting in a recliner all day on my laptop, calling people, looking for a job,'' Nordin recalled. "I was on a walk with my mom, and my agent called me and told me that (the Patriots) were going to get (me) a contract. And I said I'm not going to believe anything until there's something at my house. Something came to the house, and I'm extremely grateful.''

Nordin has seized the opportunity, becoming one of the bigger surprises of training camp. His leg has lived up to the billing of a kicker who became the Wolverines' career leader in field goals of 40-plus yards (14) and tied for the lead in kicks of 50 yards or more (four).

With incumbent Patriots starter Nick Folk absent for undisclosed reasons, Nordin has gotten the majority of live kicking reps. He drilled kicks of 57 and 55 yards during a practice at Gillette Stadium on Friday. He's been accurate, too, connecting on all 10 of his field-goal attempts. At Michigan, he went 42 for 48 on field goals, an 87.5% conversion rate. 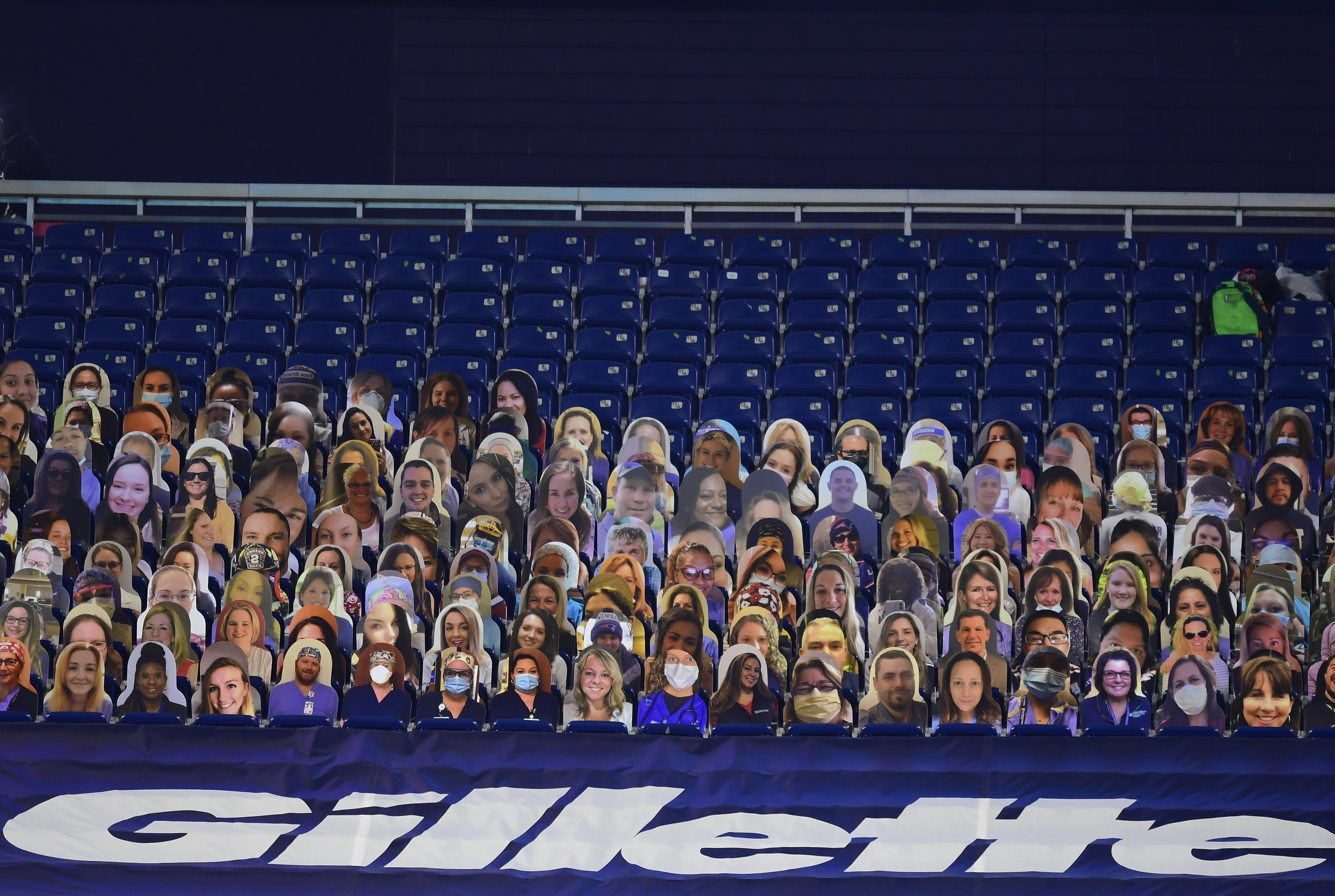 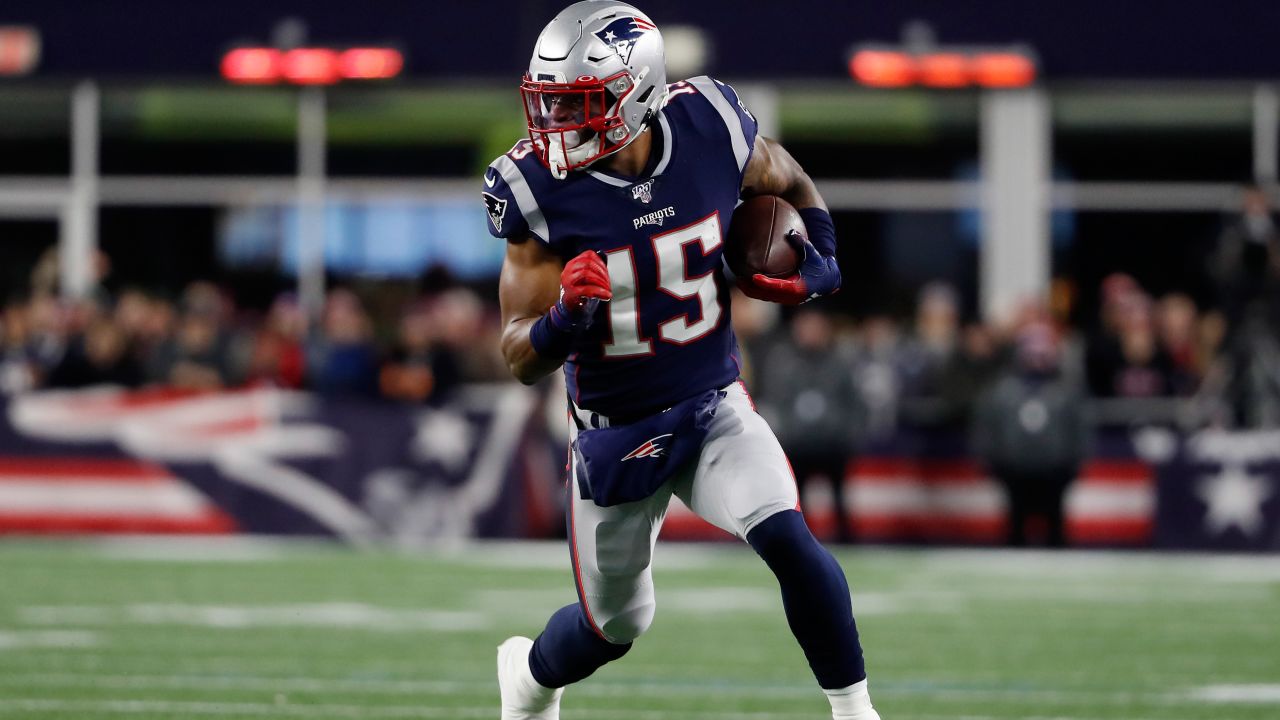 Coach Bill Belichick said the next step is to see how Nordin fares in situations that may not be as comfortable.

"Quinn's improved. He's still got a long way to go, but he's improved,'' Belichick said Monday. "It's a good opportunity for him to kick inside. Of course it's ideal conditions. Can't get it really much better than that. No wind, turf. We'll keep challenging him in different situations and see how he responds just like everybody else. No rush.''

As impressive as he's been, he'll have a tough time unseating Folk, who was one of the few consistent players on New England's roster last season. The 13-year veteran appeared in all 16 games in 2020, connecting on 26 of 28 field goals, including a long of 51 yards.

But Nordin may have a little bit of history on his side. The Patriots have had at least one undrafted player make their opening week roster each of the past 17 seasons.

"He's doing a good job out there. He's improving every day in all honesty,'' Achord said. "He's working hard. He's working his tail off. He's doing everything we can ask for. He's got to continue to get better and better every day.''

NBC Sports Boston's Phil Perry tells you how a couple of key position groups could look on the Patriots roster, following the first full week of Training Camp.

For Nordin, that means making sure to learn something new every practice. Even the ones he'd rather forget.

"I remember in OTAs, we had a practice and it was raining. We played on turf in college and practice fields and everything, and I hadn't had the rain like that at practice,'' Nordin said. "We were on grass, and I fell down, and I was mortified that I had fallen down. I was so embarrassed.''

After practice the first thing he did was get a pair of spiked cleats. He was ready last week when the rain returned.

"I wanted to make sure that I could have a good practice when it was raining, on the grass. And I felt I did that,'' he said. "But it's just (about) getting better, learning and doing the best you can every day.''

NOTES: The Patriots signed long snapper Brian Khoury and waived quarterback Jake Dolegala. Khoury, who was released by Baltimore in May, joins the team after Joe Cardona left Sunday's practice with an apparent injury. Dolegala was signed shortly before camp with Jarrett Stidham on the active/physically unable to perform list, but has gotten limited reps.