Across Massachusetts, fire departments were alerting residents that the smoky smell and haze they were experiencing are related to the wildfires happening on the other side of the country

An air quality alert was issued for the second consecutive day as smoke from western wildfires billows into the East Coast, creating potentially dangerous conditions for some people.

The Massachusetts Department of Environmental Protection issued the air quality advisory for much of the state Monday into Tuesday.

The advisory was active everywhere in the state except Plymouth and Bristol counties and Cape Cod and the Islands. It warns of elevated levels of fine particles in the air that could aggravate breathing for people in sensitive groups.

Wildfire smoke from the west coast has been turning New England's air hazy and even dangerous. These videos show how intense the change has been.

The wildfires are also causing noticeable haze across the state for the second time in two weeks. The hazy skies framed Boston with a smoky aura Monday.

"Even when I'm walking, it's hard to kind of breathe a little bit," said Laura Penney of Dorchester.

Boston's skyline even disappeared from some views altogether.

Skies were very hazy in Massachusetts Monday due to the wildfires on the West Coast.

"At first, I thought it was going to rain or something," said Monique Climaco of the North End. "But then I found out that it was coming from the west, and I was just like, 'Wow, that's really interesting, because we're so far."

"I wouldn't even put two and two together, that this is from the western part of the U.S.," said Shawnette McPherson of Boston. "This is crazy."

Many locations statewide have air pollution levels classified as “Unhealthy” by the Department of Environmental Protection -- that's the level at which the agency recommends people avoid “prolonged or heavy outdoor exertion,” and do only outdoor activities that are less intense.

People in sensitive groups, which include "people with heart or lung disease such as asthma, older adults, children, teenagers, and people who are active outdoors," should consider moving outdoor activities indoors or rescheduling them if they live in an affected area, the DEP advised.

"My family, we have trouble breathing," said Anthony Robinson of Worcester. "We have asthma, that's really scary."

"Especially with allergies, you kind of feel that toughness in the air," said Emily Birakdar of Boston's Seaport District. "I hope it goes away soon."

Across the state, fire departments were alerting residents Monday that the smoky smell and haze they were experiencing are related to the wildfires happening in the western U.S. and Canada.

The smell was apparently prompting people to call 911, because they thought a fire was burning near them.

Air quality alerts were also issued for parts of Connecticut, Maine, Rhode Island and Vermont on Tuesday. An air quality action day was issued for New Hampshire. Air pollution concentrations were expected to be highest in the morning, dropping throughout the day, the National Weather Service said.

Transcontinental wildfire smoke had impacted air quality on the East Coast as recently as last week. 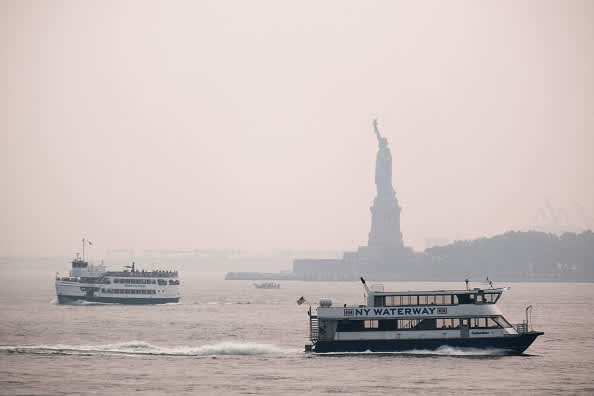 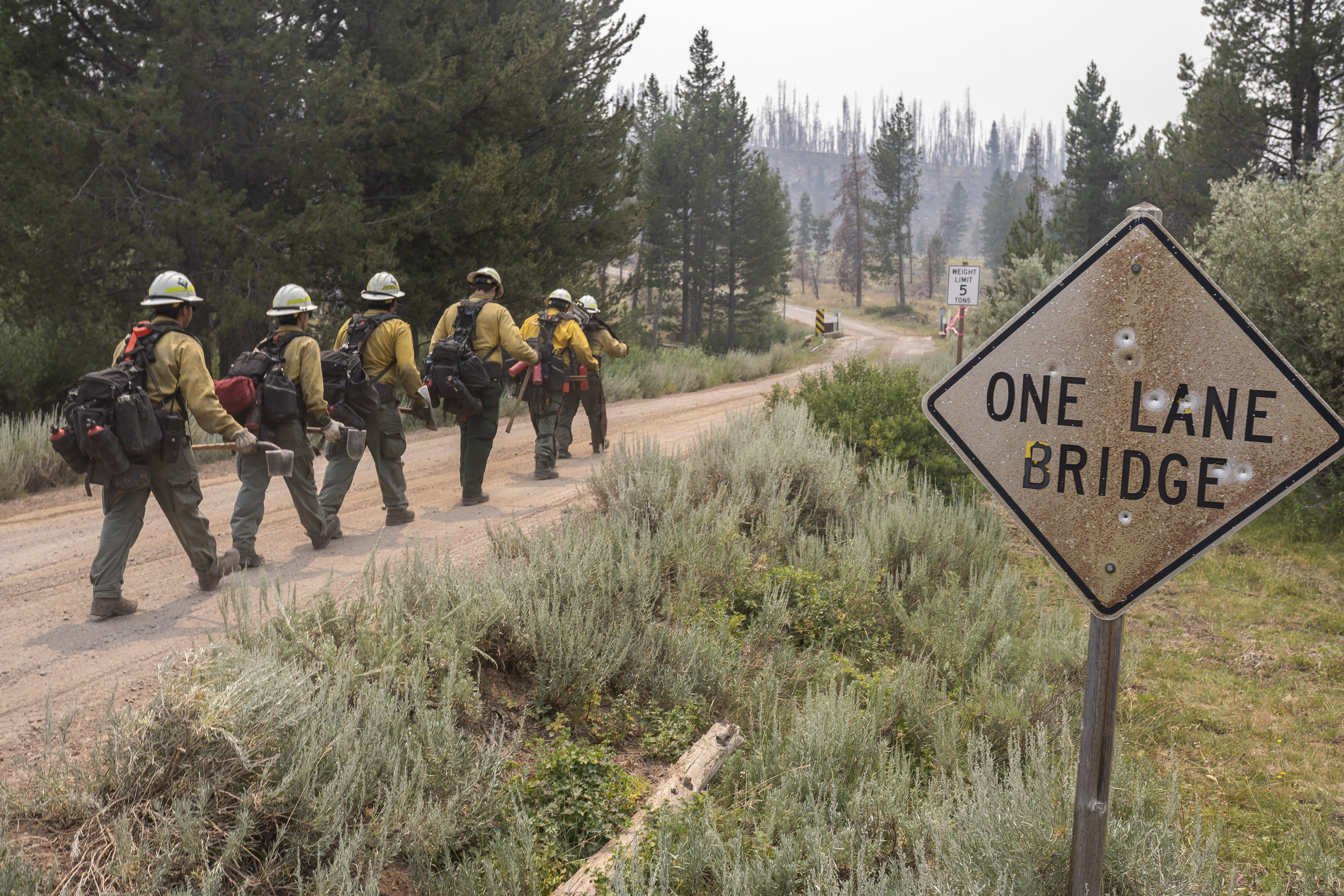