With so many people expected to travel this holiday season, airlines are facing their biggest stress test since the COVID-19 pandemic began; if you find your flight has been canceled, you may need to act fast to get to your destination

A coming wave of holiday passengers is the airlines first big stress test since the onset of the COVID-19 pandemic. But based on what we've recently seen with Southwest and American Airlines, it could be a rocky return to the skies.

This year, delays and cancelations may be much more a part of the mix than usual.

As of Friday, the Transportation Security Administration is screening almost as many people per day as it did before the pandemic began. But the Bureau of Labor Statistics says 34,000 fewer airline workers are on the job now.

"They're short-staffed, as everyone is post-pandemic," said David Slotnick, aviation writer for The Points Guy.

While many will be traveling by car for Thanksgiving, gas prices are on the rise.

"They just end up having to cancel everything," said Slotnik.

We saw major cancellations with Spirit Airlines in August, Southwest in October and recently with American Airlines. Each time, passengers were left stuck.

Tight schedules, short staffing and the potential for wintry weather could mean a gathering storm at the holidays.

"It's out of our control, and it's horrible," said one traveler.

If your flight is canceled, do you know when the next few flights leave? You should. Research flight schedules now. Arm yourself with information about several backup flights.

When your flight's delayed or canceled, remember, you're basically competing with everyone else on your flight for any remaining seats on later flights. It's a rebooking race. 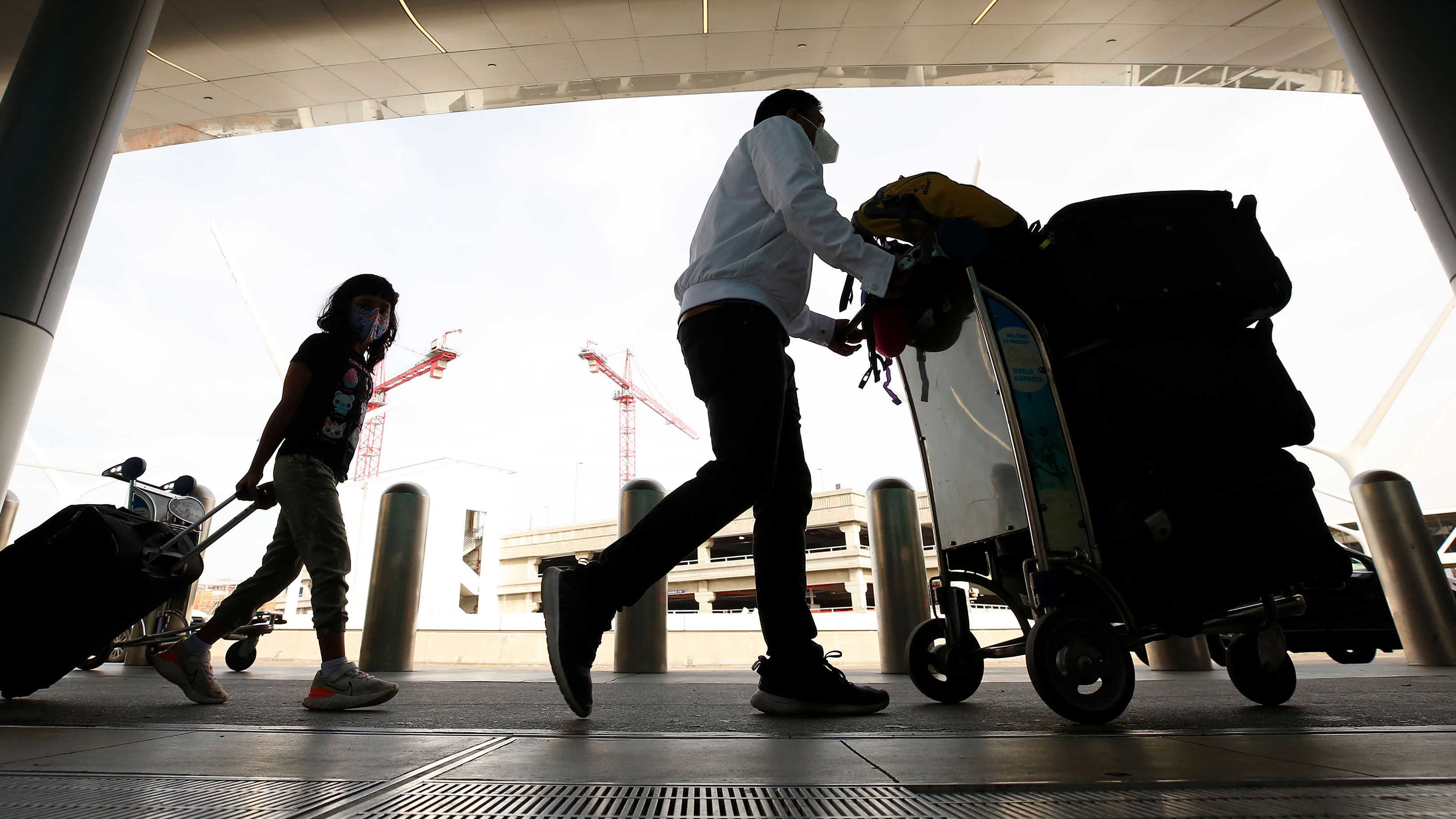 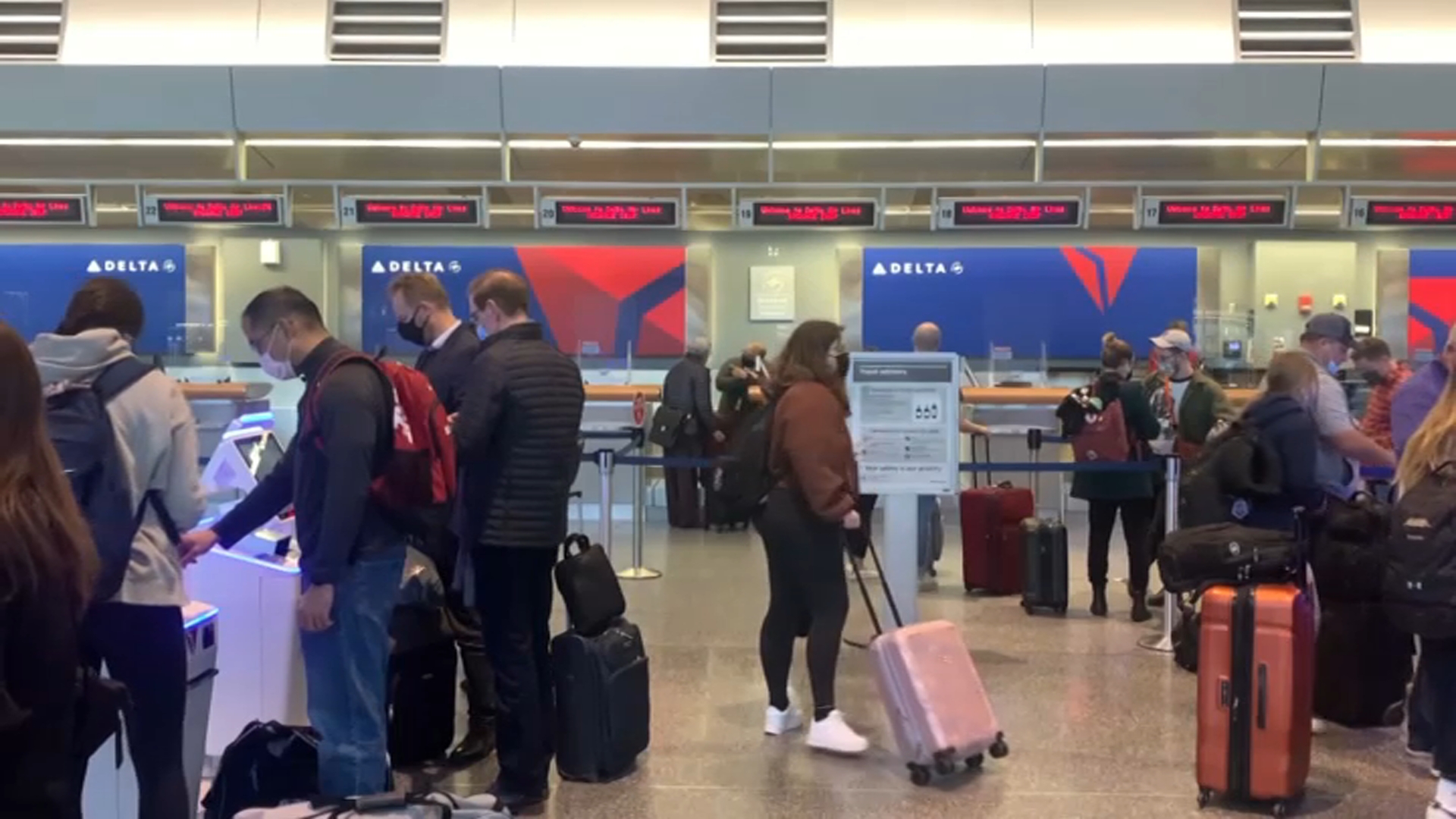 Logan Prepares for Spike in Travel for Thanksgiving

Here's how to win: Immediately try rebooking yourself on the airline website or app. Some airlines, like Delta, even let you switch dates and airports.

But, fair warning: not everyone can use self service. For example, United told us you have to work directly with an agent when you fly with a pet or service animal, if you're plus-size and book two seats, if a minor is flying alone, or if you're taking an infant overseas on your lap.

If your ticket requires an agent's help, you might need to get in line at the airport. But don't just stand there, work the phone. Some airlines will text with you, so try that. Also, call them. It's possible someone will answer the phone before you reach the counter.

Massachusetts has been seeing a spike in COVID cases, which has experts concerned — a spike was predicted to follow Thanksgiving. Doctors shared advice for safe holiday travel.

Use social media to your advantage. That might get a response faster than a phone call.

During an airline meltdown, you might end up with unexpected expenses. So what about travel insurance? Will it pay you back?

"There's a lot out there to look at," said Suzanne Morrow at InsureMyTrip.com.

Morrow recommends travel insurance that covers flight issues plus hotel and rental car costs. She warns that airline policies might be bare-bones.

If you plan and protect yourself, but an airline still leaves you stranded, you can ask the Department of Transportation to intervene.

"We want to help, and we feel good when we get consumers their money back," said Blane Workie with the U.S. Department of Transportation.

Since the pandemic started, a record number of passengers has complained to the DOT. You can get more information here about how to file a consumer complaint.

Lockdowns and closures, plus masking, helped limit the spread of the flu in 2020. But 2021 could see more flu cases, says Dr. Alok Patel of Stanford Children's Health. We break down the reasons why.