Several people were hurt when an ambulance company's van rolled over on Interstate 95 in Dedham, Massachusetts, near Westwood Friday, officials said.

At least one helicopter was flown to the scene of the crash, according to the authorities, requiring the highway, also Route 128, to be closed, at least briefly.

Aerial footage from the scene showed firefighters working to remove someone from the rolled-over vehicle, which was in a ditch beside the roadway. Massachusetts State Police said that the person who needed to be extricated from the vehicle would be flown to a hospital, while others had already been removed from the vehicle.

"It rolled in the high-speed lane median, hit a bunch of trees, hit a bunch of ledges, and landed finally on its passenger side, so it rolled several times -- in the woods," Dedham Deputy Fire Chief Stephen Lynch said.

The crashed vehicle is a Brewster Ambulance Service chair car vehicle, the EMS and transport company said. No patients were on board at the time, but four employees were hurt and taken to hospitals in Boston.

"It was a lot of damage on the vehicle, so they had to get creative as to how to get her out," Lynch said, saying the roof had to be cut off.

The van was on the way to a COVID testing site.

Earlier, Westwood police had said that five people were hurt in the crash, which took place about 11:49 a.m. and involved a tractor-trailer. No other agency has said whether another vehicle was involved.

The Massachusetts Department of Transportation said the crash took place on the southbound side of the highway at exit 29B, calling it serious and requiring a road closure when a medical helicopter arrives. 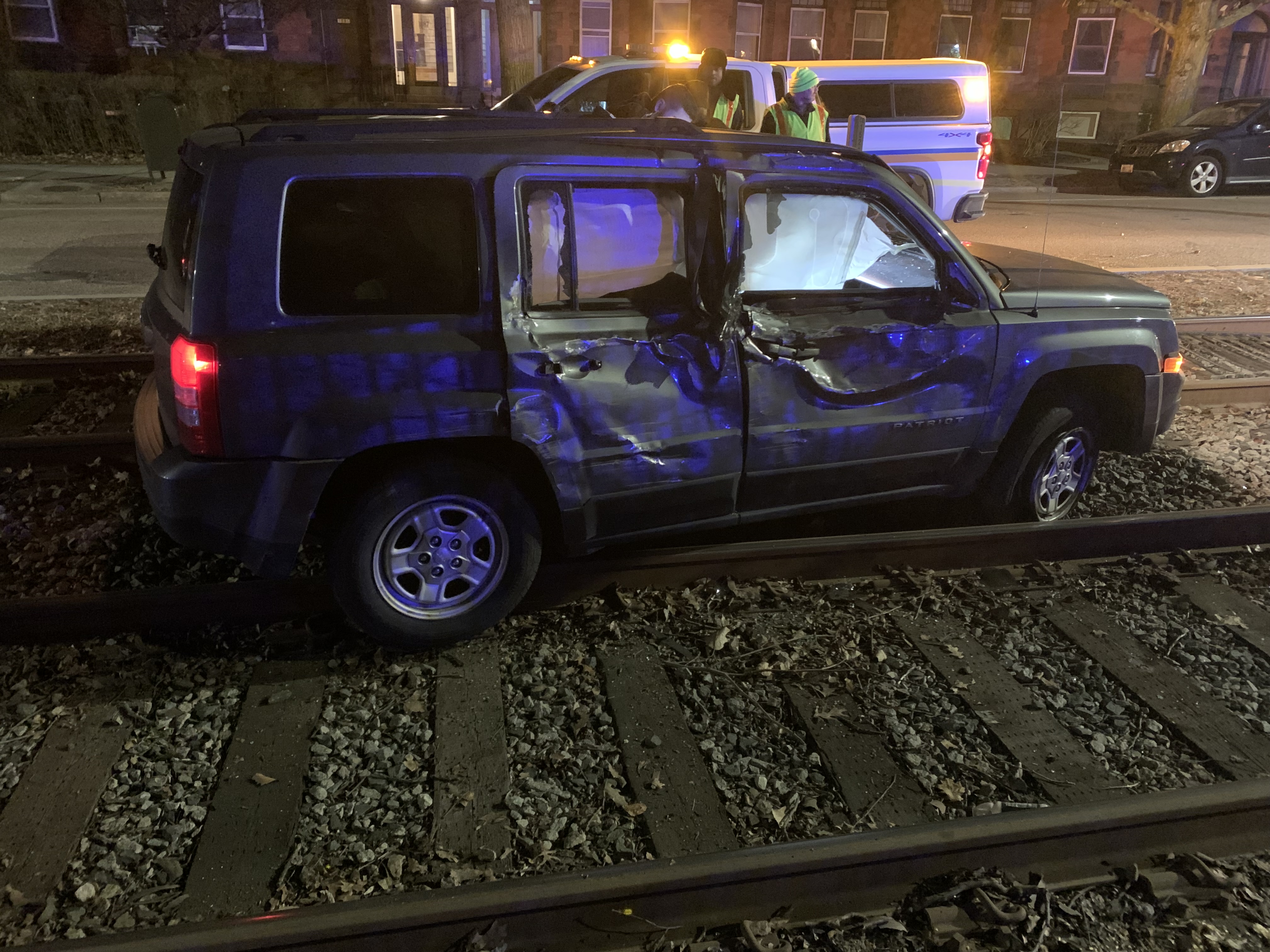 State police said traffic was limited to one lane on the southbound side of I-95 immediately after the crash.

Agencies from surrounding towns responded to the crash.

It wasn't immediately clear what caused the crash.