App to Provide Verified Sightings of Sharks Off New England

Shark's in the water. But is it near swimmers? Soon, New England beachgoers will know.

An aquarium and environmental organization are working together to collect better data about shark sightings and help keep people informed of when the animals are nearby. Representatives with the New England Aquarium in Boston and Chatham, Massachusetts-based Atlantic White Shark Conservancy said Wednesday their expansion of the conservancy's "Sharktivity" smartphone app will help protect both the humans and the sharks.

The conservancy has used the app since 2016 to collect information from the public about the presence of sharks off Massachusetts. Increased shark sightings off Cape Cod have been a source of discussion in recent years, and there have been two fatal shark bites off New England since 2018.

Now, the conservancy is contracting with the aquarium to employ a shark expert to verify shark sighting reports that arrive via Sharktivity. Verified sightings will appear as an icon on the app, said Cynthia Wigren, chief executive officer and co-founder of the conservancy.

The project is focusing on white sharks, which are the giant predators made famous by the film "Jaws," but the conservancy collects data about all sharks, Wigren said. The effort will also add data from beyond Massachusetts to the rest of New England, Wigren said.

"We have so many people who are out on the water, out on the coast here," Wigren said. "It really just adds to the collective knowledge. And it's being provided right back to the public."

Researchers hope gathering information on the public's perspectives on sharks will help leaders determine how to move forward while also protecting the environment.

The push for better shark data has begun already, though sightings are more common in the summer months, which is also when beaches crowd with locals and tourists.

The aquarium's shark expert, John Chisholm, will also be tasked with working with the public to be more aware of shark species other than white sharks. That will allow the aquarium to use the app to further its mission of balancing ocean use with ocean preservation, said Nick Whitney, senior scientist with the Anderson Cabot Center for Ocean Life at the aquarium.

The app is often used to report sightings of sharks that are of no danger to humans, such as basking sharks.

"We have an interest in educating the public about the other shark species that live in local waters," Whitney said. "For most of them it's not the impact they have on humans, it's the impact humans have on them."

‘Not Something You See Every Day': Scallop Fisherman Spots Orca Off Cape Cod 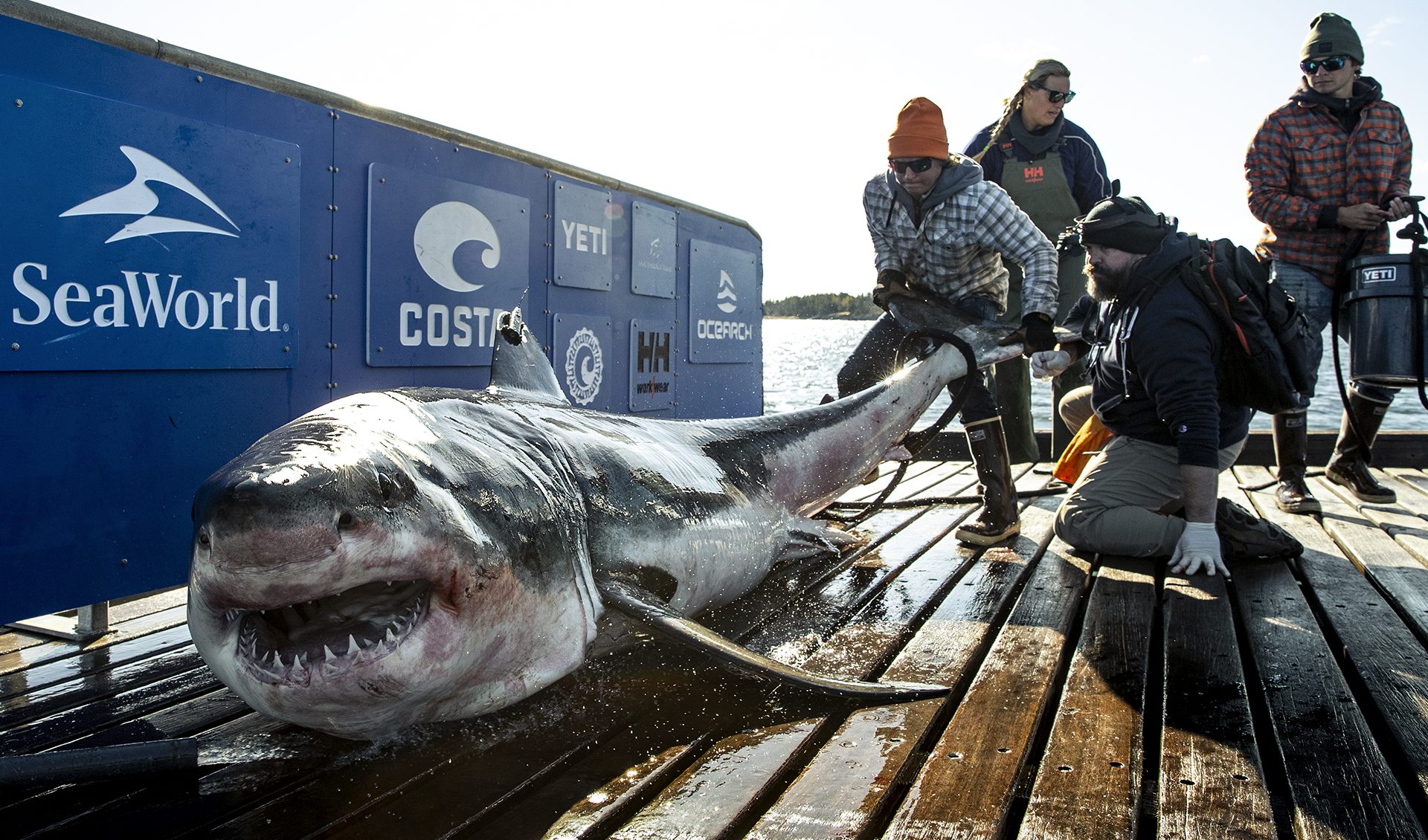