PD: Arrest Made After 13-Year-Old Dropped Off at Lawrence Hospital

Chloe Ricard, 13, of Amesbury, Massachusetts, was dropped off at Lawrence General Hospital on Friday

Police have made an arrest in the case of a 13-year-old girl who was dropped off at Lawrence General Hospital earlier this week.

The victim's stepfather sent NBC 10 Boston a message Saturday morning saying they are glad police have made an arrest. 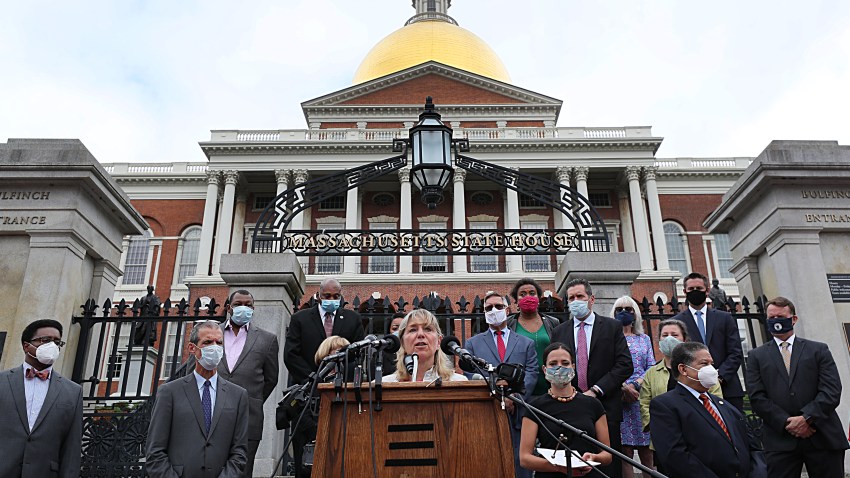 Chloe Ricard of Amesbury was left at the hospital at 4:47 p.m. on Monday, according to police.

Upon investigation, officials determined that Rivera was the one who brought her to the hospital after learning that Ricard and another female under the age of 16 were at Rivera's Lawrence apartment at 59 Bellevue Street on the evening of May 19 and during most of the next day.

Investigators believe Rivera was accompanied by a female under the age of 16 when he took Ricard to the hospital. According to the District Attorney's office, Ricard died shortly after arriving at the hospital.

The girl's mother, Deborah Goldsmith-Dolan, told the Boston Globe that she had dropped her daughter off at a friend's house in Amesbury on Sunday afternoon. When she didn't hear from her by Monday morning, she texted her daughter's friends, who told her she was with a friend in Haverhill. She went to file a missing person's report around 4 p.m. Monday and got a text shortly thereafter from one of Chloe's friends saying that she had been taken to the hospital.

The teen was a student at Solstice Day School, an alternative school in Rowley. Prior to that, she attended Amesbury Middle School.

Amesbury schools released a statement saying Chloe "was kind to the younger students in the school and she showed great empathy for others. We will miss her smile, her creativity and her huge heart."

An autopsy was performed Tuesday, but the district attorney's office said it could be some time before there is a ruling on the cause and manner of death.

He is expected to be arraigned in Lawrence District Court on Tuesday. It is unclear if he has an attorney.

The incident remains under investigation at this time.