“These are the type moments you live for,” the infielder said. “I will say this, it does need some work. I saw the video of it.”

Christian Arroyo relished delivering the big hit Wednesday night. After reviewing the tape, he thinks his celebration needs some work.

Arroyo slugged a pinch-hit grand slam in the seventh inning to give Boston the lead and the surging Red Sox beat the Atlanta Braves 10-8 on Wednesday night to move within one game of first place.

Arroyo blew kisses and took a fancy step as he rounded third base.

“These are the type moments you live for,” he said. “I will say this, it does need some work. I saw the video of it.”

Boston recovered after blowing a 6-3 lead. Freddie Freeman hit a go-ahead homer for Atlanta in the sixth after Dansby Swanson’s three-run shot tied the game in the fifth.

The Red Sox (42-27) are only one game behind AL East-leading Tampa Bay, which lost 8-7 in 10 innings to the Chicago White Sox on Wednesday. Boston, which moved a season-best 15 games over .500, has won three consecutive games and five of seven.

Adam Ottavino gave up a run-scoring double to Ronald Acuña Jr. in the ninth. Acuña was thrown out at third and Ottavino struck out Freeman for his fourth save.

“Honestly I was just trying to make an aggressive play,” Acuña said through a translator. “Looking back on it now, that was my bad. I should have given the hitter behind me a chance to drive in a run.”

The Red Sox loaded the bases against Shane Greene (0-1) in the seventh. Greene struck out Bobby Dalbec for the second out of the inning before left-hander A.J. Minter gave up Arroyo’s fourth homer deep into the left field seats.

Red Sox manager Alex Cora planned to use Danny Santana as his pinch-hitter before the Braves brought in Minter.

“When they went with the lefty it was a no-brainer, let’s go with Arroyo,” Cora said.

Red Sox fans were happy to be back inside Boston's beloved ballpark on Friday. Only 4,500 fans were allowed inside because of capacity restrictions, but nobody seemed to mind the coronavirus protocols in place.

Yacksel Rios (1-0) recorded one out in the sixth after he was added to the roster before the game. Rios, 27, was acquired from Seattle on Monday for cash.

Hunter Renfroe hit a two-run single in the first and Xander Bogaerts had three doubles to lead Boston’s 14-hit attack.

The Braves pulled even in the fifth on Swanson’s three-run homer off Richards. With one out in the sixth, Freeman hit a low fastball from Hirokazu Sawamura into the seats in left-center for his 16th homer.

“We’ve got to do a better job of that if we’re going to get on a run like we feel like we’re capable of,” Braves manager Brian Snitker said.

Ian Anderson allowed four runs on seven hits and a walk in four innings. Boston scored two runs in the fourth off the right-hander. Dalbec’s single drove in Renfroe, who just missed a homer with his double to left field.

Left-hander Darwinzon Hernandez survived a bases-loaded jam in the seventh. Ozzie Albies grounded out to end the inning. 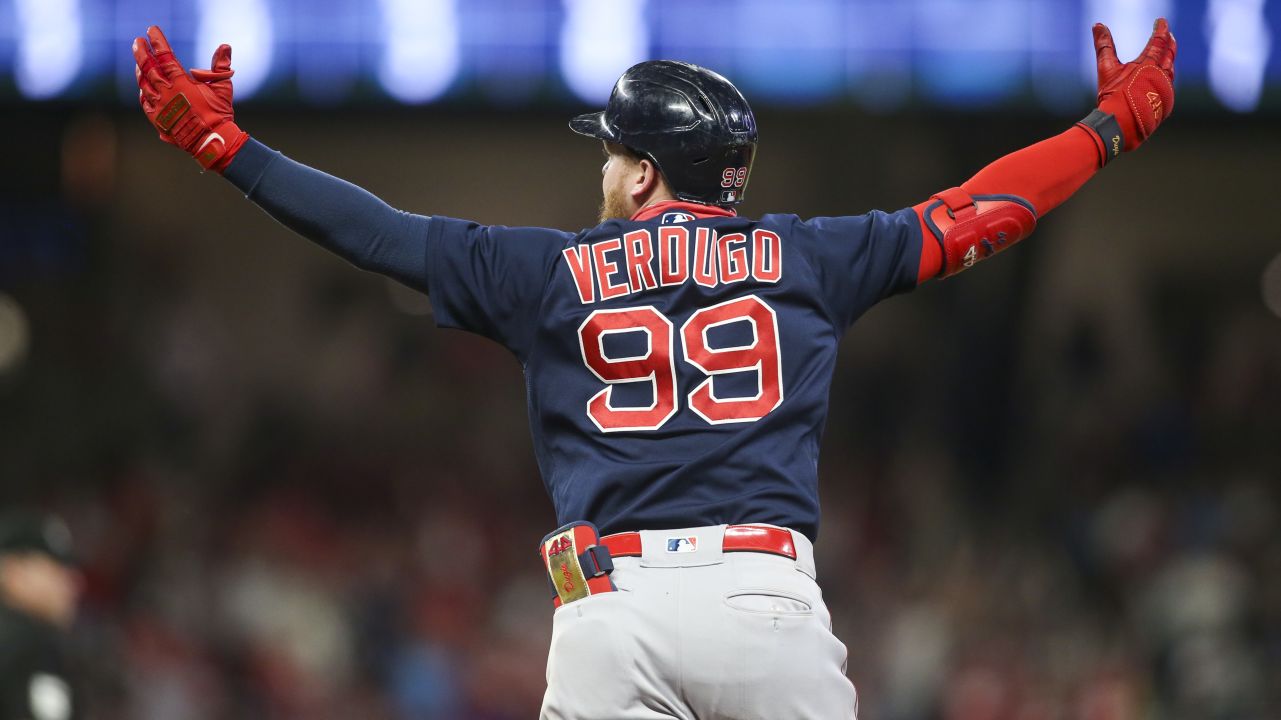 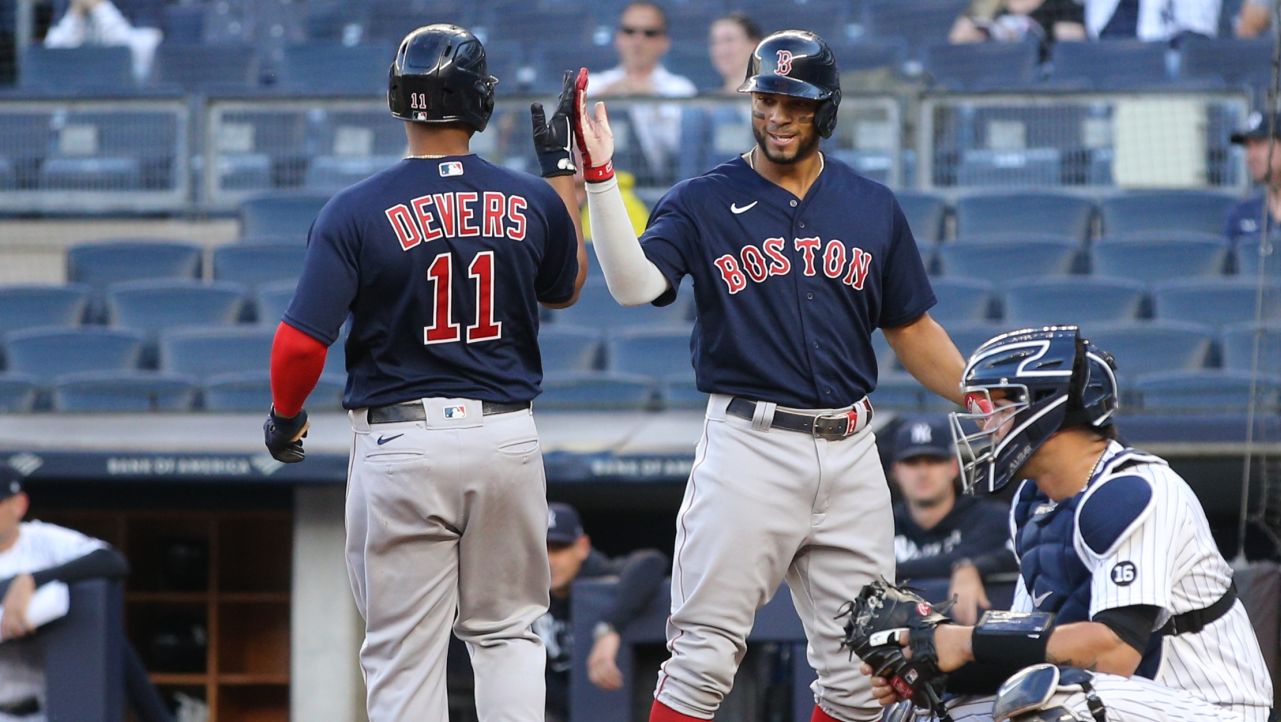 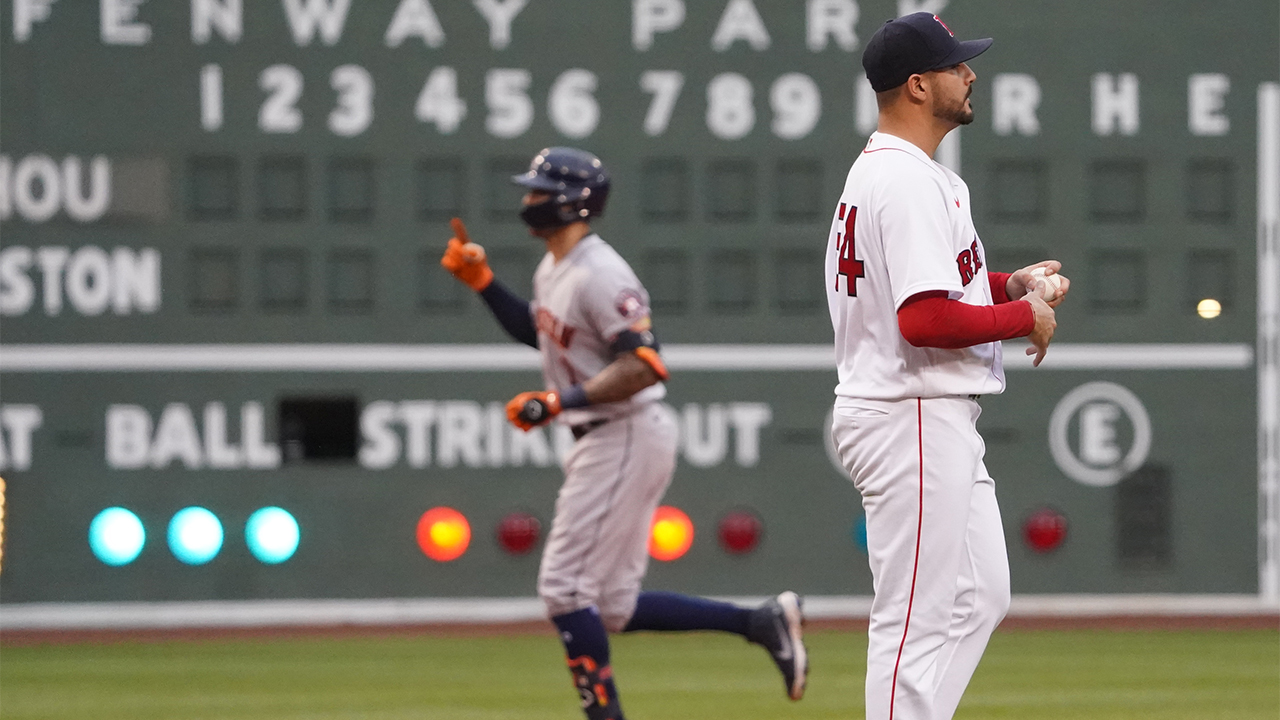