As New Omicron Subvariant Spreads, Here Are the Symptoms to Watch For

While the new subvariant is said to be more transmissible, there's no evidence to suggest that it causes more severe disease.

The BA.2 omicron subvariant still remains the dominant COVID strain across the U.S., but another subvariant has gained momentum in recent days.

BA.2.12.1, which health officials say appears to be up to 27% more contagious than BA.2, is responsible for approximately 36.5% of cases nationwide, according to the most recent CDC weekly numbers.

While BA.2 accounts for approximately 75% of all U.S. cases, it is said to make up at least 70% of the cases in the healthcare region encompassing New York, New Jersey, Puerto Rico and the Virgin Islands.

The situation isn't the same in New England, however.

In Region 1, which includes Connecticut, Maine, Massachusetts, New Hampshire, Rhode Island and Vermont, the BA.2 variant remains the most common by far with over 70% of cases suspected to be caused by the variant. Only approximately 28% of cases are said to be linked to the BA.2.12.1 variant.

While the new subvariant is reported to be more transmissible, there's no evidence to suggest that it causes more severe disease.

As BA.2.12.1 grows across the country, are there any specific symptoms that point toward the variant, and overall what symptoms should you look for?

According to the CDC, the following are symptoms of a COVID infection:

It remains unclear if certain symptoms are associated with BA.2.12.1 infections. However, when it comes to BA.2, some symptoms seem to largely mirror a small number of symptoms commonly reported in omicron infections, including cough, fatigue, congestion and runny nose.

For some people, coronavirus causes mild or moderate symptoms that clear up in a couple weeks. For others, it may cause no symptoms at all. The virus can lead to more severe illness, including pneumonia and death, for some.

When it comes to those who've been vaccinated and boosted, the cold-like symptoms experienced following an omicron infection are mostly the same regardless of the subvariant.

Experts generally agree that the public shouldn’t worry too much about the emergence of each omicron subvariant.

"At some point, you just can’t get nervous every time there's a new variant, because there’s always going to be a new variant," David Montefiori, a professor at the Human Vaccine Institute at Duke University Medical Center, previously stated. "We've been through multiple waves of variants that really mattered a lot, but we might be coming out of that because there's so much immunity built up in the population." 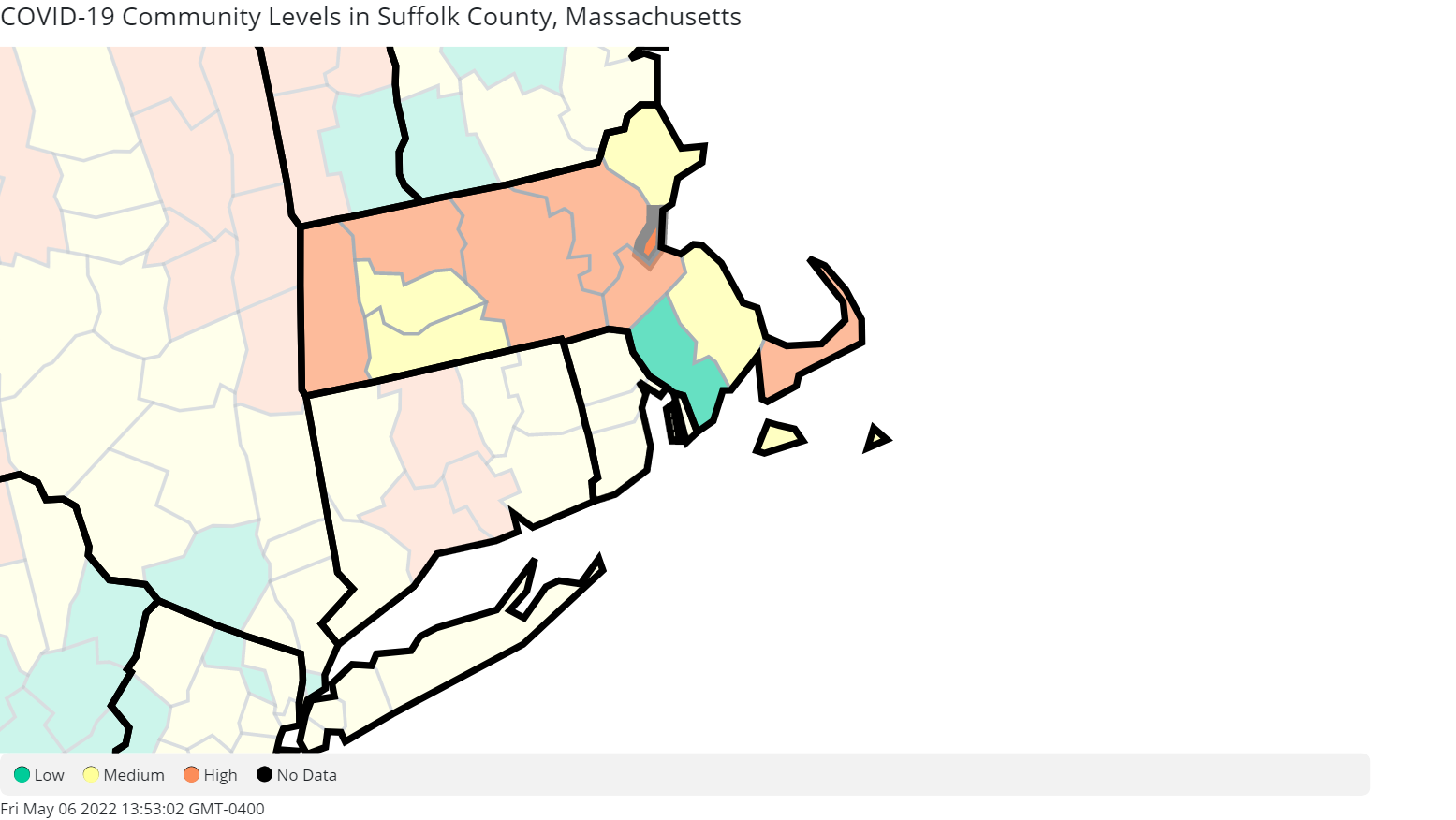 Half of Mass. Now at High Risk for Community Transmission of COVID