‘It Was Satire,’ Boston Man Says of Comments on Vets, Breast Cancer Patients

A Boston man who stunned the crowd at a zoning board meeting in the city's Back Bay neighborhood by making a series of shocking comments against a proposed medical marijuana facility on Newbury Street is responding to the controversy.

Telling NBC Boston he meant no harm over the comments, Oliver Curme said he is apologizing to anyone who took his comments seriously and didn't understand the point he was trying to make. 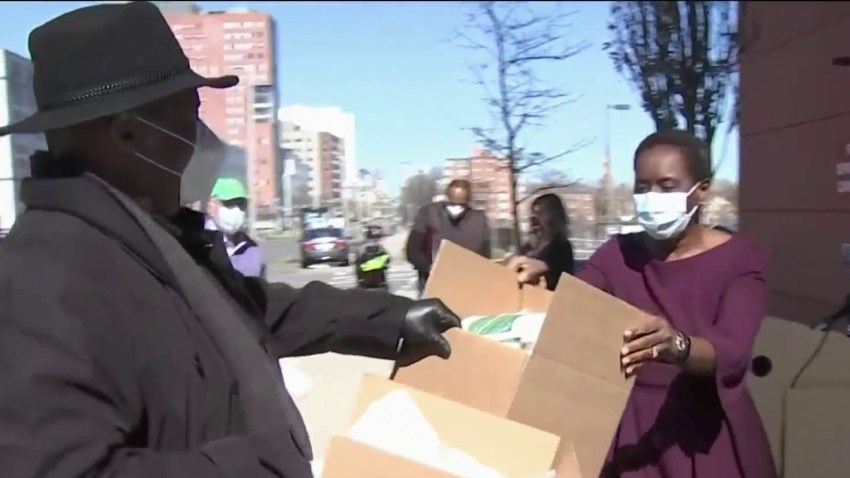 Curme's comments at Tuesday's zoning board meeting at Boston City Hall, which were caught on a video posted online that has since gone viral, started by saying he lived around the corner from the proposed site, which he and all of his friends were against "because it will bring undesirable elements into the neighborhood."

He then proceeded to make insensitive remarks about veterans, people with disabilities and cancer patients during his speech at the meeting.

"There are Army vets with PTSD and we don’t want them in the neighborhood," said Curme at the meeting. "Just give me a break, they can get over it."

After saying at the meeting that he objected to "people with wheelchairs, with MS or whatever," Curme went on to say, "Women with breast cancer … they all have that cadaverous look … and they all wear those ridiculous turbans."

"For goodness sake, Newbury Street is our high end shopping district. We don’t want people like that scaring off the clientele," he said.

Several board members are heard saying "thank you," in an apparent attempt to get Curme to wrap up his remarks. Some in attendance at the meeting were seen shaking their heads during the speech.

Mike Ross, the lawyer representing the marijuana dispensary, told the Boston Globe he had "never in my life heard anything so appalling."

Zoning board member Mark Erlich added that Curme's remarks were "completely out of line, inappropriate, and offensive."

Curme, a retired venture capitalist, told NBC Boston he actually supports the dispensary, and was mocking his neighbors who don’t see how much good it could do.

"The point that I was trying to make is a marijuana dispensary is going to bring in people who really need this - people who are sick, people who have cancer or some other thing, and this is the only choice for them," he said.

"If you listen to what I said it was so over the top that I think it’s the only way (my comments) could have been construed."

The dispensary proposal was ultimately approved by the zoning board by a unanimous vote.