Republican Gov. Charlie Baker apologized on Thursday for saying South Carolina residents "can make their own call" about flying the Confederate flag outside their state capitol.

Baker made the comments during his monthly radio show on WGBH-FM after a question about the flag following the shooting deaths of nine members of a historic black church in Charleston, South Carolina, and the arrest of a white man.

Critics see the flag as a symbol of racial prejudice and the nation's history of slavery. 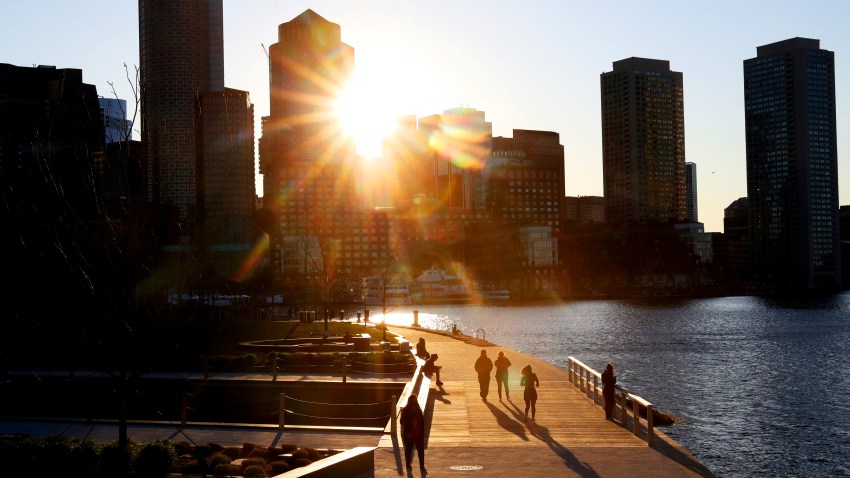 Offices in Boston Can Reopen Monday: Here’s What You Need to Know

Baker, who reached out to Massachusetts' black community during last year's election, initially tried to frame the issue as a matter of local government control.

"I like local government," said Baker, a former selectman in his hometown of Swampscott. "The farther government gets away from the people the more nervous I get about the way it behaves, and my view on stuff like this is that South Carolinians can make their own call."

He acknowledged what he called the "heated debate that's gone on over the years down there about that," but he added, "I do believe that the reason that flag still hangs there is, you know, what I would call sort of tradition or something like that."

During a second radio interview later Thursday on WBZ-AM radio, Baker walked away from his earlier comments and said "that flag should be gone."

"I certainly apologize. I did hear from friends of mine who said, 'Jesus, Charlie, you know, what were you thinking?'" Baker said.

He said he has tried to reach out to all parts of the state since taking office in January.

"I ran ... to represent 100 percent of the people of Massachusetts," he said. "I campaigned aggressively all over every part of the commonwealth. I've continued to reach out since I took office."

The Emanuel African Methodist Episcopal Church shooting suspect, on his Facebook page, posed with a Confederate flags plate on his car. He had complained that "blacks were taking over the world" and that "someone needed to do something about it for the white race," according to a friend who alerted the FBI.