Gov. Charlie Baker on Thursday apologized for problems with the Massachusetts' COVID-19 vaccination portal but reiterated his argument that a limited supply of doses from federal authorities was to blame for a troubled vaccine rollout.

Baker was asked at an appearance before the COVID-19 and Emergency Management and Preparedness Committee whether he would apologize to people who encountered issues with the state's vaccine portal, which crashed last week as a million people became eligible for vaccination.

"Of course. Absolutely. Definitely. Yes," he said. "It's going to be a constant challenge, going forward that we don't have enough supply to serve the population that wants to get vaccinated. I hope at some point that's not true anymore."

Baker added his administration would continue "to do things to improve the performance of the website, and I'm and as frustrated and disappointed about it as anybody."

The six-hour hearing was the first in a series of planned oversight hearings by the new committee. Legislative leaders exercised their power after weeks of criticism about the vaccination plan, particularly in the wake of website failures and the delay in launching a call center for older adults who cannot navigate the state's appointment portal.

Co-Chair Rep. Bill Driscoll thought the gravity of the issues residents have faced in securing a vaccine had not gotten through to the state's chief executive.

"I just really want to stress that I think you're missing how broken the system is right now and the approach is not working for the citizens of the commonwealth," the Milton Democrat said as Baker prepared to log off from the hearing. "It needs to be addressed."

Governor Charlie Baker defended himself against the controversy surrounding the troubled vaccine rollout in Massachusetts.

Baker provided a litany of statistics meant to show the state had caught up to others across the nation when it comes to providing doses to residents. He argued the state's prioritization of staff and residents of congregate care facilities, first responders and health care workers led to a slower rollout than many other states, but had made a "positive difference."

Now Massachusetts is tops in the nation for first doses administered per capita among states with five million or more people; the Bay State has administered more than three times more doses per capita than the European Union and more than five times more per capita than Canada; the state ranks second in the country for percentage of Black residents who have gotten at least one shot; and every county has vaccinated at least 56 percent of its residents 75 years or older, the governor said from his ceremonial office in the State House.

That wasn't exactly the conversation the committee was interested in having. Driscoll asked the governor if, despite the stats he listed, he would characterize the state's vaccine rollout as "a top 10 rollout."

"Unfortunately, these hopeful figures do not tell the whole story," Driscoll said after himself referencing recent improvements in COVID-19 metrics here in his opening remarks.

"These numbers hide the confusion caused by frequent pivots and course corrections, and the daily frustrations residents face trying to access the vaccine. Residents must book their appointments on cumbersome and flawed websites and hope their internet connection is stronger than the thousands of others competing for the same batch of limited appointments. The system benefits those with time, resources, and mobility and disadvantages those most vulnerable populations that have suffered disproportionately from this pandemic. It tries to prioritize efficiency over equity."

There was testimony that included criticism of the state's vaccine outreach to Black and Hispanic communities.

"What we need to do is take this vaccine rollout to the next level," said Dr. Bisola Ojikutu, a professor at Harvard Medical School. "What we need is visionary leadership."

"I feel completely hopeless and it's up to you to make this happen for Chelsea and for many other communities of color," said Gladys Vega, executive director of the Chelsea Collaborative.

Sen. Cindy Friedman said she had been "baffled" by an "utter breakdown" in the state's sign-up website.

Baker, in his prepared remarks and in response to questions from lawmakers, cited the constraints in the supply of the two federally-approved vaccines as the primary challenge and defended his administration's decisions to prioritize groups that other states did not, like group home residents and staff, inmates and staff at prisons and jails, and all hospital workers.

"I think many states chose to pursue a variety of different approaches to this which makes it hard to draw really broad comparisons between states," the governor said. "As I said in my remarks, Massachusetts chose early on to prioritize a number of communities and a number of professions that weren't prioritized in other states that did make us look, if you just based it on the numbers, like a low performer relative to many other states that didn't focus on those hard-to-reach populations that we chose to focus on."

The state spent a total of $438,531 in its contract with the Maryland-based software company PrepMod, which has taken responsibility for the crash.

Tiffany Tate, the executive director of company that runs PrepMod, said the firm was in contact with the Baker administration ahead of February 18, the day the state's vaccine appointment portal crashed as more than one million additional state residents became eligible to schedule a shot. However, Tate said she had not been aware that those million people would become eligible on that particular day.

"We had no idea what the magnitude of this rollout would look like," Tate said. "No one did."

She also said there are features that would improve the site, but the state hasn't paid for them.

Co-Chair Sen. Jo Comerford of Northampton told NBC10 Boston, "that’s just not how it should go in Massachusetts."

The state has already spent more than $500,000, but how much more the state needs to spend in order to get those streamlined features could be a subject at one of the next hearing in two weeks.

Driscoll invited Baker to return for more testimony at the next hearing and Baker said he looked forward to it.

Gov. Charlie Baker is promising changes to Massachusetts' coronavirus vaccine sign-up system, and one lawmaker is calling for an audit.

Also due to testify at the Legislature's hearing -- to be held virtually -- were legislators, the CEOs of some Bay State health care companies, doctors, advocates and city and state health officials including Marylou Sudders, Massachusetts' secretary of health and human services. (See the full list below.)

Lawmakers have raised questions about the state's technology, the lack of ability to preregister for a shot and the decision to stop distributing vaccine to local clinics in favor of high-capacity vaccination sites.

House Speaker Ron Mariano has said the vaccine rollout "has been marked by both logistical and communications shortcomings" and Senate President Karen Spilka called it a "constantly changing and confusing" plan. 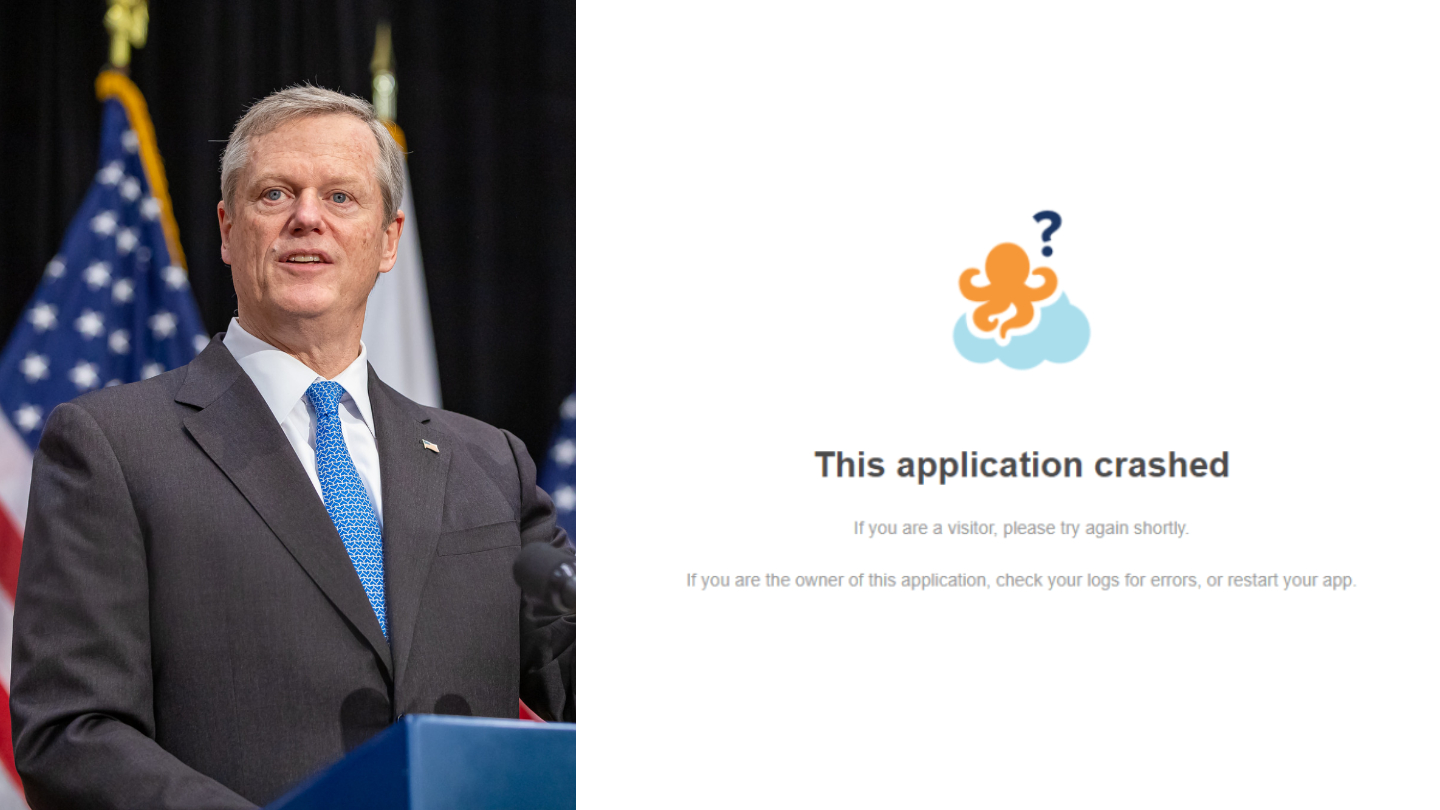