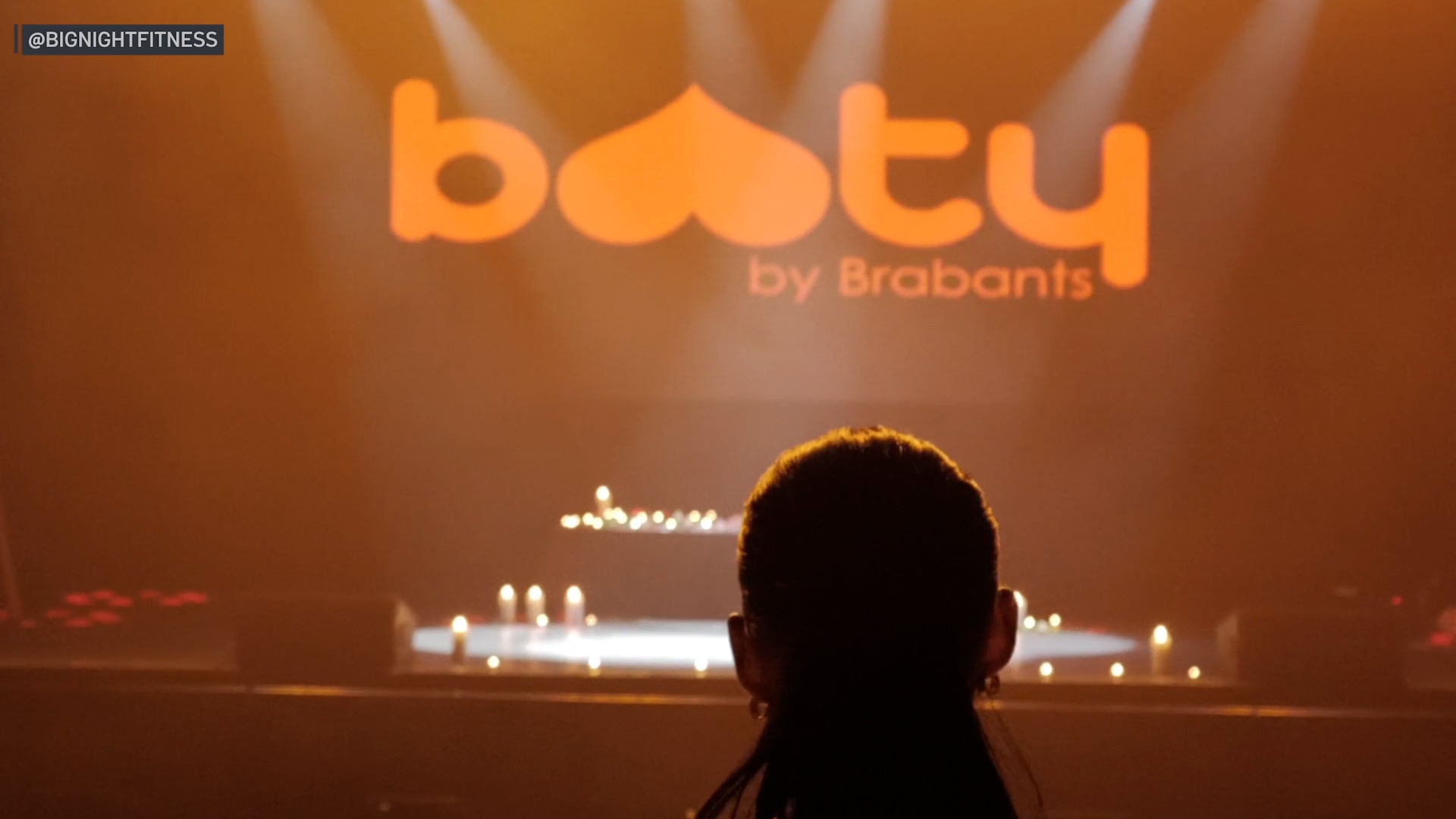 Behind the Brand: Booty by Brabants

Founder and CEO Kelly Brabants told NBC10 Boston she knew she was destined for stardom, and now she’s on a mission to unite women of all sizes

Booty by Brabants founder and CEO Kelly Brabants told NBC10 Boston she knew she was destined for stardom, and now she’s on a mission to unite women of all sizes.

From selling leggings out of a duffle bag, to owning and operating a global lifestyle fitness brand, Kelly Brabants has been a hustler since day one.

She’s a Boston girl with Brazilian roots. But her story starts in North Easton, where the hopes and dreams of becoming a professional dancer started at a young age.

"I started out at about 3 years old, competitively at 8 years old," Brabants explained.

"Dance was just my life. It was just kind of something that was inside of me, it was definitely my destiny to be a performer."

"I would lay up in bed and just like manifest… Imagine myself on a stage dancing, even though there's no other singer in front of me. I would say to myself, Kelly, I know you're going to be somebody. I know it."

Brabants told NBC10 Boston she knew she was destined for stardom, and now she’s on a mission to unite women of all sizes.

The 32-year-old fitness mogul is now the founder and CEO of Booty of Brabants, a multi-million-dollar corporation focused on empowering women around the world.

And while she may be the brains behind the operation, Brabants owes a lot of her success to her family, including her parents and six other siblings.

"My life, my puzzle piece, that differentiates me is my family. They never turn their back on me."

After trying to chase her dreams as a professional dancer in New York and Los Angeles, Kelly said she came home and decided to try something new. She immersed herself in fitness.

While getting her start as a personal trainer Brabants’ mother, Neiva, was bringing textured leggings back from Brazil. Brabants would wear those leggings in her own fitness classes, and soon, her clients were asking where they could get a pair.

“She used to bring back 30 pairs from Brazil. Kelly was making eight dollars an hour handing out towels at Equinox, and she was selling them out of a backpack," Brabants' dad, Donald, said.

Don is a local business owner himself. He was able to help his daughter follow her dreams, but he certainly had his doubts when it came to getting Brabants' own line of leggings off the ground.

"Luckily, she hit, but she had swung and missed like we all did many times," he added.

With her unique Brazilian-inspired, one-size textured leggings, Brabants said she never wants any woman to be defined by a number. And that mantra holds true to the brand, it’s even written on the walls of her stores, "Athleisure for every body."

"If I could take that stress away from my customers that killed me for so many years, I felt like that was so powerful and felt that could really help a lot of people’s self-confidence," she said.

Since launching her first line of leggings in 2014, Brabants has opened nearly a dozen pop-up stores, with a permanent location in Lynnfield, and another one on the way in Dedham.

And while many businesses were scrambling to survive amidst the COVID-19 pandemic, Brabants said she saw a significant boost in sales thanks to her Instagram live workouts.

"She was just a positive light in a really negative time," she said.

Madeline Bahou of Lowell said, “I just feel like she’s making a difference for so many people.”

“The connection that I have with them. I've never seen anything like it,” said Brabants.

Over the years, her business model has expanded from boutique-style workout classes in Boston, to an entire athleisure apparel brand, a workout app, and now she’s putting the focus on health and wellness with her latest venture called, Body by Brabants, a nutrient-filled natural energy drink.

On top of that, Brabants continues to host both in-person and virtual exercise events across the Greater Boston area, with 100% of the proceeds going to charity. Since the inception of Booty of Brabants, the company has raised more than $300,000 for non-profit organizations through charity workout classes.

"My leggings are, you know, giving women confidence and hopefully self-love and all those things that we hope to everyone to feel. But my classes are really making a change that I think will carry my legacy on for much longer than just a pair of pants," Brabants told NBC10 Boston.