The New England Patriots knew Sunday's game at Highmark Stadium in Orchard Park, New York, would be unlike any other. Head coach Bill Belichick said they were expecting an emotional scene as the Buffalo Bills played their first game since safety Damar Hamlin suffered cardiac arrest during Monday Night Football. But what no one was likely expecting was to see Bills' Nyheim Hines return two kickoffs for touchdowns, including one on the opening drive of the highly-anticipated season finale.

The crowd had barely settled into its seats following a pregame ceremony honoring the 24-year-old Hamlin when Hines returned the opening kickoff 96 yards for a score, creating an eruption in the stadium. It seemed foreboding of what was to come, but the Patriots managed to ride the initial wave of emotion and showed resolve -- even briefly taking the lead for the first time in the third quarter.

But then Hines returned another kickoff -- to the shock of many -- and that put the Bills ahead for good. Entering Sunday, there had only been four kickoff return touchdowns across the entire NFL this season and no player had more than one.

Acquired by Buffalo in a trade with Indianapolis two months ago, Hines became the NFL’s 11th player to return two kickoffs for scores in a game, and first since Seattle’s Leon Washington in 2010.

There was another flicker of hope when Mac Jones connected with DeVante Parker to make it a one-score game, but they couldn't convert on the 2-point attempt, and not long after Josh Allen hit Stefon Diggs to put Buffalo ahead 35-23 with 8:51 remaining.

Leave it to Diggs, who made a point to visit Hamlin in the University of Cincinnati Medical Center immediately following the game, to seal the victory with a 49-yard touchdown catch from Allen.

There seemed to be one last chance for the Patriots when they recovered the ball on a punt, but Mac Jones threw an interception shortly after, sealing New England's fate.

The Patriots needed only a win to clinch a playoff berth, but wound up stumbling in closing the season by losing five of their last seven.

Jones finished 26 of 40 for 243 yards and three touchdowns, including two to DeVante Parker, and three interceptions — all coming in the second half. Jones’ final two interceptions came on consecutive drives in the final six minutes.

Facing third-and-19 at the Buffalo 22, Jones' deep pass over the middle went off the hand of tight end Hunter Henry, and was picked off by linebacker Matt Milano.

On New England’s next possession, Jones’ pass went off the hands of Damien Harris, and into the hands of linebacker Tremaine Edmunds.

With the game in hand, Bills players held up three fingers in honor of Hamlin’s number with the crowd chanting “Hamlin! Hamlin!”

The Bills (13-3) closed their season by winning their final seven games and overcame an emotional week in which the team was left devastated in watching Hamlin collapse and having to be resuscitated on the field in Cincinnati on Monday night.

What followed was progressive good news of Hamlin’s remarkable recovery in which he was not only able to breathe on his own, but also managed to address his teammates while saying “Love you boys” on Friday.

The sold-out crowd — many of them wearing No. 3 Hamlin shirts and jerseys, and holding up red hearts in the player’s honor — erupted as one as Allen walked off the field with his hands raised.

On the ensuing kickoff, which went for a touchback, the Bills special teams players all raced into the end zone and motioned to the crowd. The fans, as one, stood up and let out a massive roar.

Allen finished 19 of 31 for 254 yards with three touchdowns and an interception.

On a day the Bills celebrated No. 3, and with Hamlin watching and live-tweeting from his hospital bed in Cincinnati, two touchdowns by Hines proved key.

Even with the loss, the Pats could have still advanced to the postseason with wins from the Jacksonville Jaguars, the New York Jets and the Cleveland Browns. But only the Jags won this weekend, beating the Tennessee Titans on Saturday. The Jets lost to the Miami Dolphins, and the Browns couldn't beat the Pittsburgh Steelers, both on Sunday afternoon.

This is the second time in three years, and just the fourth time in 23 seasons during Belichick’s coaching tenure that the Patriots have missed the playoffs.

And now there are significant questions looming over the team. One thing many Patriots fans are wondering, have we seen the last of veterans Devin McCourty and Matthew Slater?

David Andrews, who said he was proud of the way the team competed Sunday, was emotional after the game when asked about the co-captains.

Slater also was very emotional postgame at the podium, said he's always tried to the play the game the way his dad taught him to. He did not say if he had played the final game of his career.

He was again emotional when asked about McCourty, saying, "No one I've ever played with has impacted my life more."

Patriots defensive back Devin McCourty had an interception and recovered Devin Singletary’s fumble. The interception was the 35th of McCourty’s 13-year career, moving him one behind Ty Law and Raymond Clayborn, who are tied for first on the franchise list.

The 35-year-old McCourty made his 205th start for New England in what could be his final game for the franchise.

Patriots DT DaMarcus Mitchell did not return after sustaining a concussion. 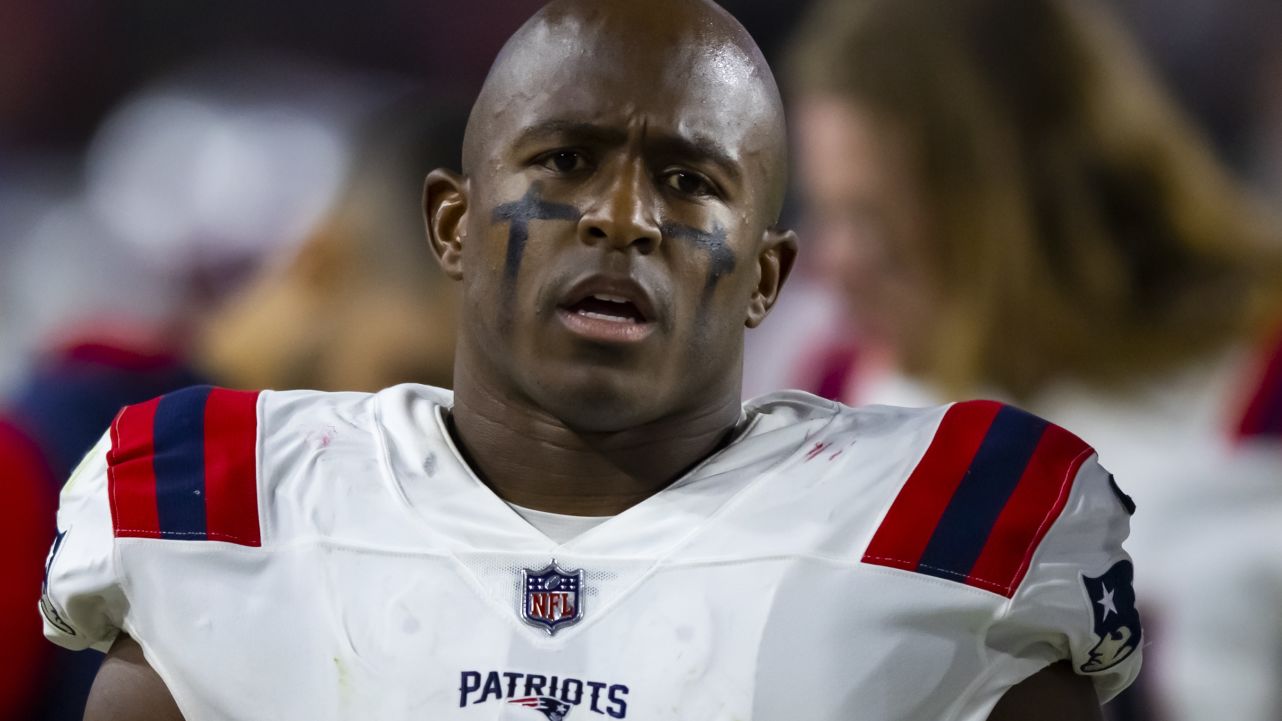 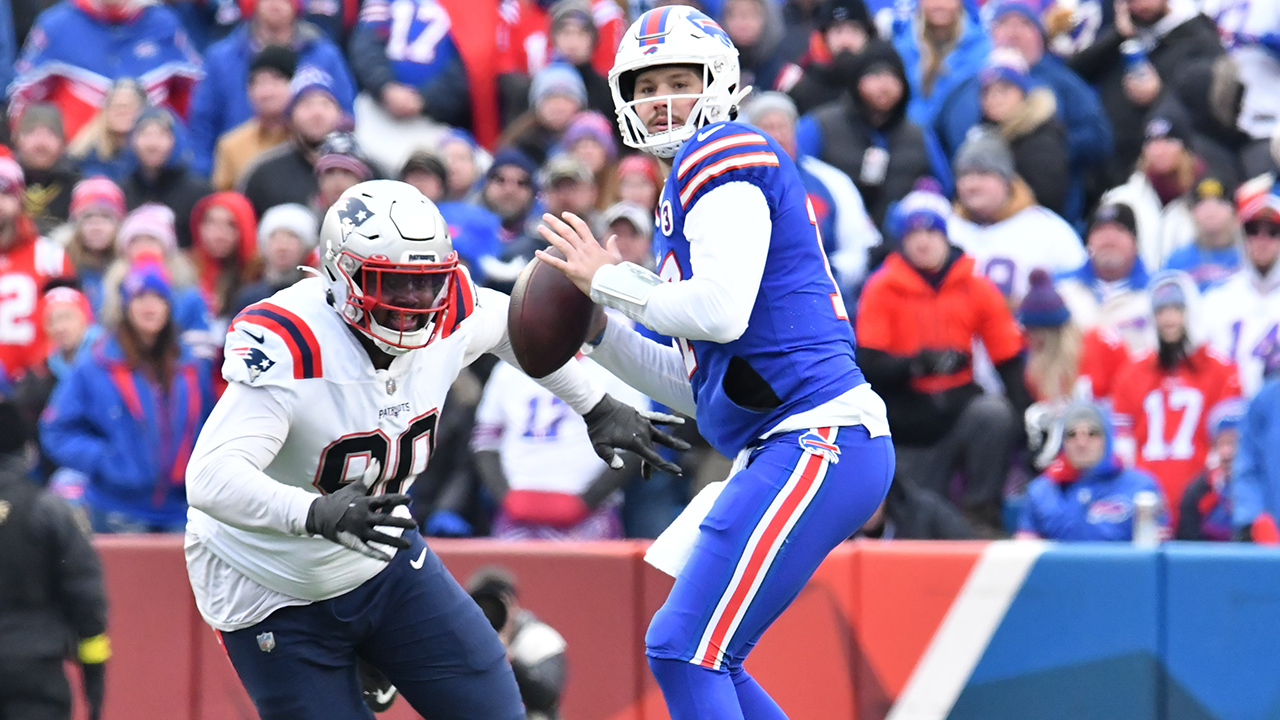