The jetliner engine fire that forced an emergency landing in Colorado and flooded social media with dramatic cellphone video and aerial images on Saturday has prompted federal regulators to step up inspections and Boeing to advise airlines to ground impacted planes.

The damaged United Airlines flight, a Boeing 777, quickly landed safely. It was en route to Hawaii from Denver when its right engine caught fire, sending debris falling thousands of feet into suburban neighborhoods below.

United Airlines is the only American airline that uses the Pratt & Whitney engine involved in the incident, federal regulators said.

The incident made some travelers thousands of miles away jittery.

“I’m traveling with family, like my entire family. We’re all scared,” said Bardia Sedaghat, who flew to Boston from Atlanta on Monday. “My sister — she was so nervous, and her hands were sweaty.”

While the images may look terrifying, an aviation expert said everything actually unfolded as planned.

“When you verify an airplane, you actually have to prove you can fly it with a missing blade, like happened in this case,” said John Hansman, an MIT aeronautics professor. “We design airplanes so that if you were to have an engine failure you could continue to fly any part of the takeoff and landing.” 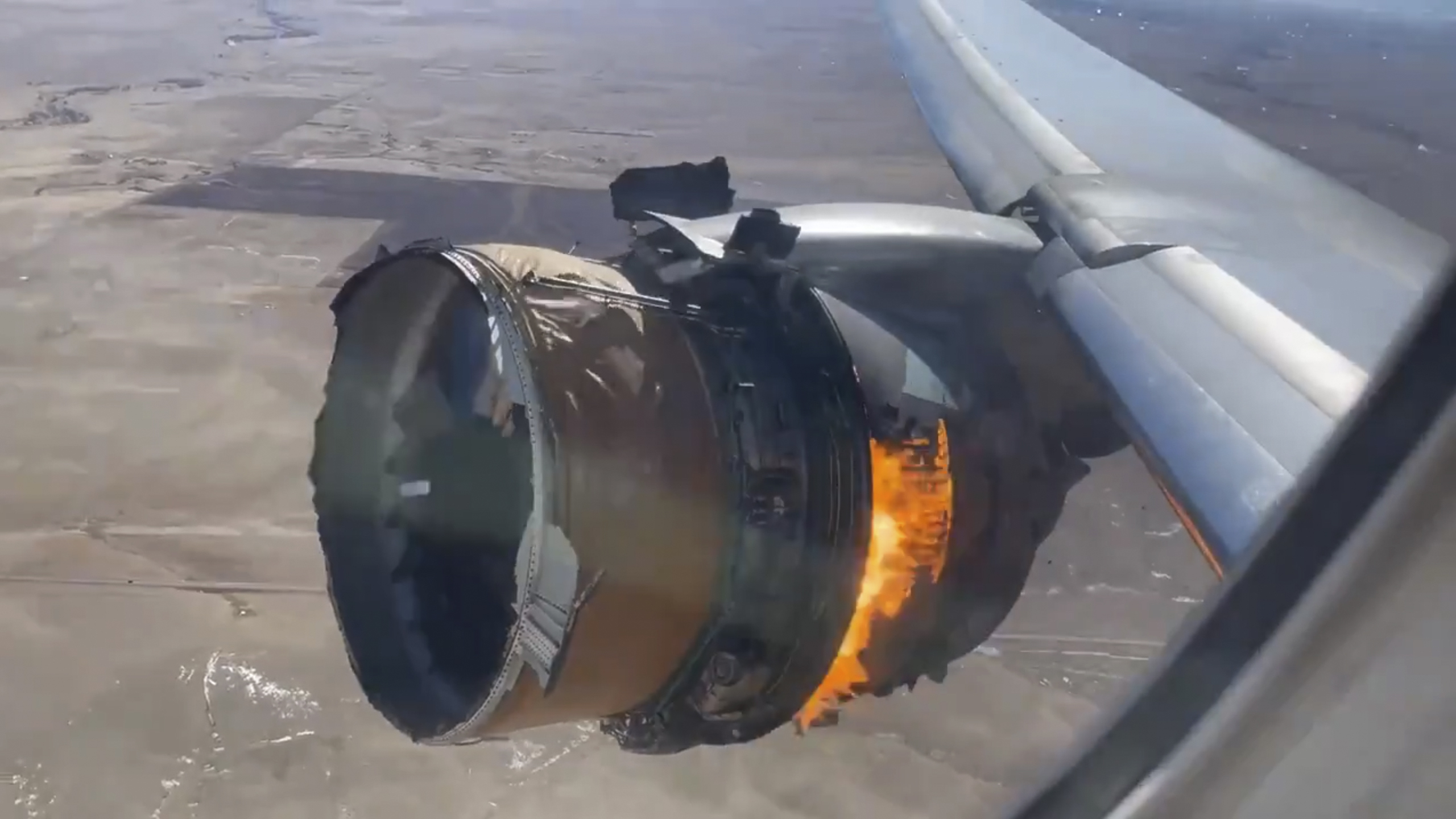 EXPLAINER: Why a Plane's Engine Exploded Over Denver

An Air France Boeing 777 made an emergency landing at Logan International Airport Thursday night. That particular plane doesn’t use the same engine at the center of the Colorado incident, but crews were spotted working on one of its engines on Monday. It’s still unclear what prompted the plane to land.

The Connecticut-based engine manufacturer, Pratt & Whitney, didn’t respond to a request for comment.

Boeing is calling for all airlines to ground their 777 model airplanes equipped with the Pratt & Whitney PW4000 engine, the type of engine that blew apart after takeoff from Denver this weekend.