People from all around Boston gathered at the Boston Barbie for Bushfire Support, a benefit dinner cooked by dozens of local chefs, Tuesday night to raise tens of thousands of dollars for the deadly wildfires now devastating Australia.

About 400 people attended the "barbie," the down-under version of a barbecue, at The Capo Restaurant in South Boston, according to Sam Jackson, the chef and co-owner of K.O. Catering & Pies who organized the event on short notice.

"I also was a victim of a fire about 15 years ago. To this day, I don't really think about the fire anymore. I think about the fundraiser that we had afterwards," said Jackson, adding that he hopes Australians will one day be able to look back at the natural disaster the same way.

Among the chefs serving dishes like sliders and racks of lamb was including TV star Ming Tsai, chef and owner of Blue Dragon.

"When a chef like Sam Jackson reaches out, it was never about will we or if we do it, it was about when," Tsai said.

The co-owner and chef of K.O. Catering & Pies, Sam Jackson, is holding the Down Under-style potluck after wildfires spread close to his hometown in Australia.

Jackson had the idea of the throwing a barbie while he was on vacation in Europe earlier this month but monitoring the ongoing tragedy in his home country.

Jackson aimed to raise $100,000 from the event, and while he wasn't done tabulating the money he raised from events like a silent auction at the dinner, he said he raised nearly $50,000 from ticket sales alone,

Among the items on auction were print photos of kangaroos and koalas, a boogie board and a case of ghost tequila.

Three Americans died Thursday when their aerial water tanker crashed as they were fighting fires in southeastern Australia.

More on the Devastating Australian Wildfires 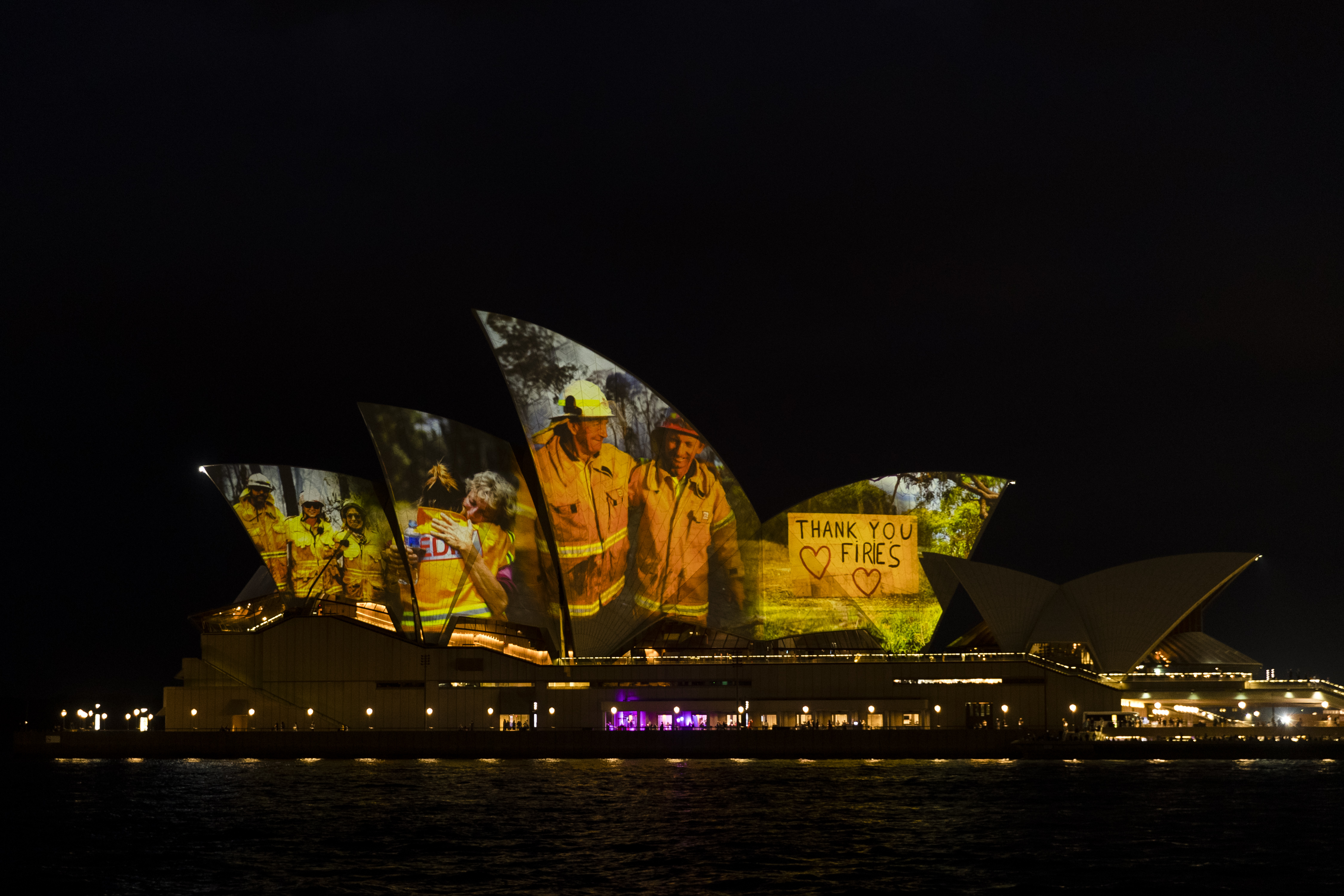 Australia Turns From Defense to Offense in Wildfire Battle