The Boston Police Department in 1995 filed a criminal complaint against Patrick Rose Sr. for sexual assault on a 12-year-old child, but the complaint was later dropped

Redacted copies of an internal affairs investigation into a former Boston police officer and union chief charged with molesting multiple children as far back as the mid-1990s will be released next week, the mayor's office said Friday.

The office initially said Friday afternoon that the documents were due out later in the day, but sent an update saying the documents couldn't be sent until Tuesday.

Mayor Kim Janey had earlier this week announced that the information would be released, saying she was baffled over the case of Patrick Rose Sr., a now-retired officer and the one-time president of the Boston Police Patrolmen's Association.

The Boston Police Department in 1995 filed a criminal complaint against Rose for sexual assault on a 12-year-old child, The Boston Globe reported Sunday. The criminal complaint was eventually dropped, but an internal investigation concluded that Rose likely committed a crime.

He was allowed to stay on the force, and was often sent to respond to cases involving children. Rose was charged last August, when a father and his teenage daughter reported that the girl had been repeatedly molested by Rose from age 7 through 12. Within weeks, five more people came forward to accuse Rose of molesting them as children.

"As mayor, the likes of Patrick Rose will not be protected on my watch and those who are complicit in abuses of power will be held to account," Janey said Tuesday.

The Boston Police Department has said in a statement said it was legally prohibited from commenting on the 1995 investigation of these "horrific allegations."

In a Tuesday announcement revealing several police reform measures aimed at boosting accountability and transparency, Janey said Rose's case would be the first task for her newly created Office of Police Accountability and Transparency.

She said an internal affairs file on Rose, redacted so it doesn't reveal identifying information about victims, would be released by the end of the week: "The victims of these appalling crimes must be protected, but transparency cannot wait any longer." 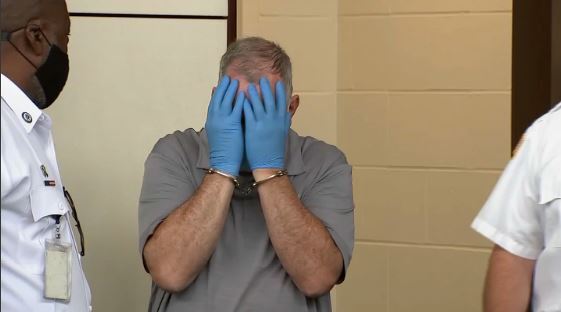