The parade is scheduled to be held on Saturday, traveling right through Emerson College's downtown campus

The parade, organized by a group calling itself Super Happy Fun America, is scheduled to start at noon Saturday in Copley Square, ending at Boston City Hall with speeches. Former Breitbart editor Milo Yiannopoulos is expected to serve as grand marshal, and organizers said thousands are expected to attend.

A similar parade Saturday in Modesto, California, drew about 20 marchers and not the estimated 500 that had been predicted. More than 200 counter-protesters instead showed up, according to Newsweek. 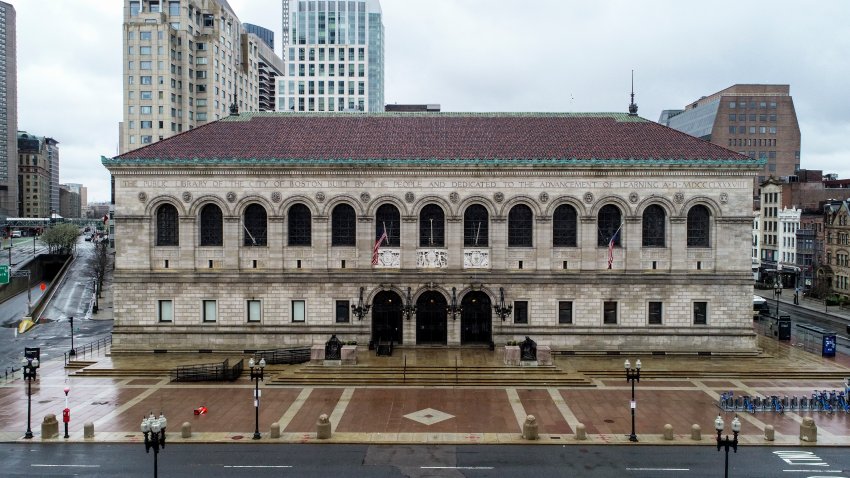 The Boston parade was organized in response to the city's annual Pride Parade held each year in June. The route takes it right through Emerson's downtown Boston campus, during what is traditionally move-in weekend for colleges across the city.

Pelton pulled no punches in a message emailed to students and faculty and posted on the Emerson website.

"Well, it's happening again: Fear and ignorance, humanity's most potent cocktail, masquerading as freedom of speech, have been given permission (i.e. given a license) to hold a Straight Pride Parade on August 31, which, barring the Boston Police determination that doing so would be unsafe, will march by our campus – an affront to the wonderfully pied beauty of our affirming and diverse commonwealth of learning," he said.

He went on to excoriate "the pitiful Milo Yiannopoulos, who will do just about anything to get attention."

Pelton said the motivation for the event "is ignorance, fear, and its hideous offspring, hate."

"Do not be lulled into believing this parade is motivated by any noble obligation to protect freedom of speech or assembly," he said. "This is its mask only and behind that mask are a group of angry and misguided people whose aim is to turn a cherished American value, e pluribus unum, 'out of the many, one,' on its head."

"The Straight Pride Parade is a perversion. It is a desecration of beauty, truth, and generosity, and that is why we must call it out, call it what is, with a loud, clear, unambiguous and unified voice. Nothing less will do."

Organizers of the parade have denied that the event is about hate.

"We're a sexual orientation just like many others," John Hugo, the president of Super Happy Fun America, said back in June. "We don't hate anyone. We just want to have our own celebration just like everybody else has a right to. All people from all communities are welcome, so long as they show mutual respect."

Organizers of the parade told USA Today on Wednesday that their movement is "one of unity and love, not one of ignorance as alleged by the Emerson president." They invited "all races, genders, and sexual orientations" to participate.

They were set to give an update at 6 p.m. Thursday.

MassEquality, a grassroots advocacy organization that works to ensure Massachusetts residents can "thrive without discrimination and oppression based on sexual orientation, gender identity, or gender expression", issued a statement saying they rejected the idea on the parade organizers' website "that straight people are oppressed."

"Straight people's rights are not diminished when society makes room for LGBTQ people. There is space at the table for all of us. MassEquality supports a vision where we live together in peace," Acting Executive Director Robb Johnson of MassEquality said.

Boston Mayor Marty Walsh has also spoken out against the parade, but said there is nothing the city can do to stop it. He said he will not be attending.

The idea of the parade has been skewered nationally by people like Stephen Colbert of The Late Show. The 90’s pop band Smash Mouth was more direct, tweeting, "Straight Pride Parade!?! [Expletive] Off."

Earlier this summer, suspicious letters were sent to the main organizers of the Straight Pride Parade, prompting bomb squads to respond to locations in Woburn, Salisbury and Malden. A source said glitter and verses from the Bible were found in the letters, and police said no laws were broken.