Big cash prizes that are aimed at boosting vaccination rates might not be as motivating as organizers hoped, a Boston University study shows.

As registration opened last week for VaxMillions, Massachusetts' vaccine lottery — for which hundreds of thousands of fully vaccinated people in the state were expected to enter for a chance to win either a million-dollar cash prize or a $300,000 scholarship grant — researchers were reporting their findings from studying a similar Ohio vaccine lottery program that launched in May.

In Ohio, five $1 million prizes were put up for grabs, an effort the state hoped would "increase awareness of the availability and efficacy of COVID-19 vaccines and provide incentives to get Ohioans to get a COVID-19 vaccination," according to the program's website.

If you are vaccinated in Massachusetts, you could win $1 million.

But it's not clear that the promotion played a substantial role in increasing vaccinations.

In fact, the only bump they noted happened after the U.S. Food and Drug Administration gave the go-ahead for teens ages 12 to 15 to receive their vaccine.

"Our results suggest that state-based lotteries are of limited value in increasing vaccine uptake. Therefore, the resources devoted to vaccine lotteries may be more successfully invested in programs that target underlying reasons for vaccine hesitancy and low vaccine uptake," said author Allan J. Walkey, a professor at BU's School of Medicine and a physician at Boston Medical Center, in a statement.

Researchers did also note that Ohio is above the national average for vaccinations, so another possibility is that people who would have gotten their shot already have it.

Republican Gov. Mike DeWine’s May 12 announcement of the incentive program initially appeared to raise the rate of vaccinations — there was a 43 percent boost in state vaccination numbers in the week following the announcement. But vaccinations dropped after that.

“Clearly the impact went down after that second week,” DeWine has acknowledged.

There were at least some people who say they were influenced by Ohio's campaign, including the second winner of the lottery, Jonathan Carlyle of Toledo.

“When y’all announced the Vax-a-Million, as soon as I heard that, I was like ‘Yes, I need to go do this now,’” he said on June 3, the day after his name was called.

What does all this mean for the Massachusetts VaxMillions? Researchers are not sure quite yet, but they said they'll be keeping a close eye on the vaccination rate in the Bay State.

What Are the Odds You'll Actually Win the $1M VaxMillions Lottery? 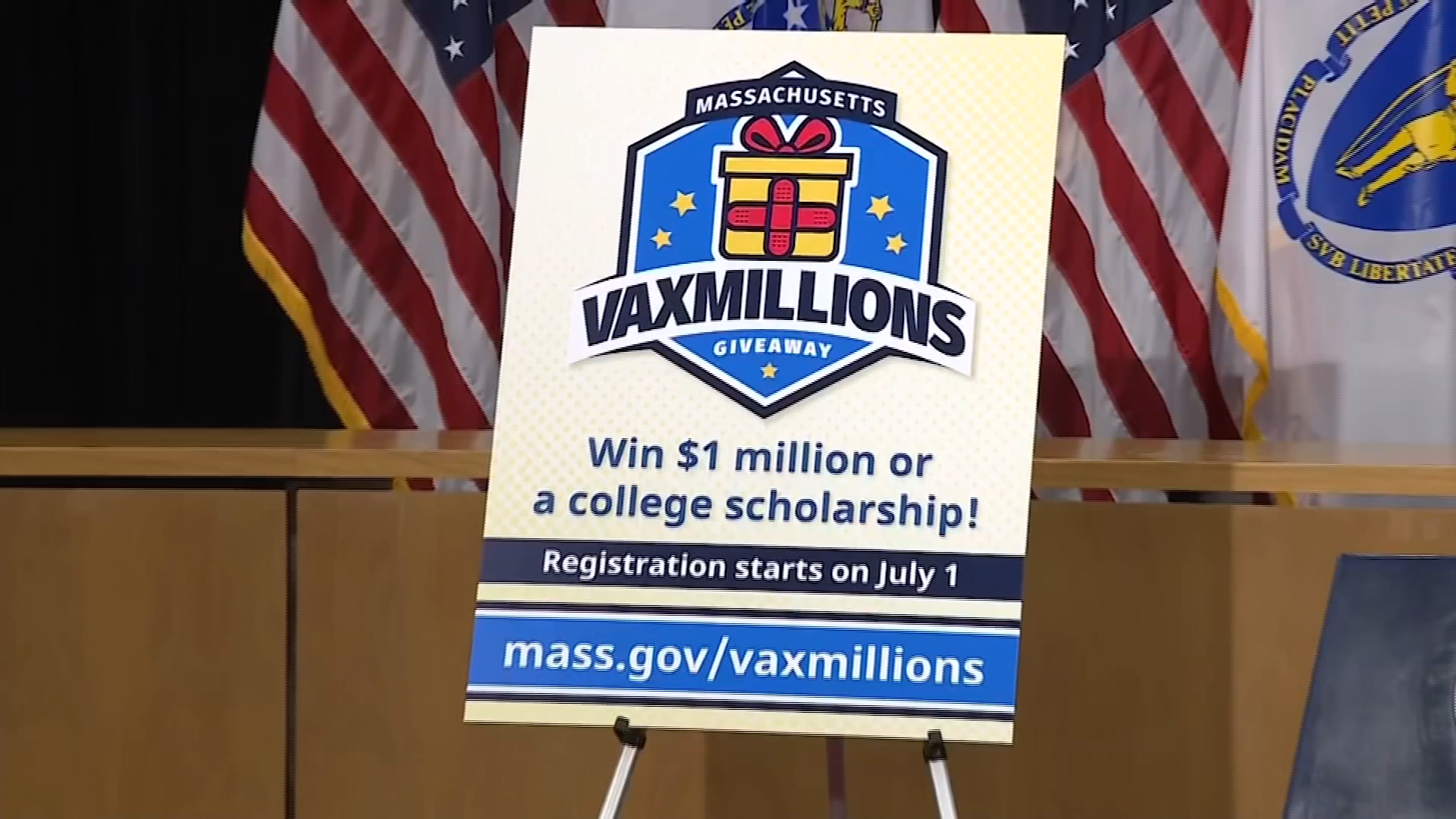 Mass. Opens Registration for VaxMillions Giveaway: What to Know