As her vaccine mandate went into effect for Boston on Saturday, Mayor Michelle Wu recounted some of the personal vitriol that she, her family and her neighbors have had to deal with because of it.

"There is deeply rooted misinformation that we need strong policies to counteract. Every day I'm reminded of that at my house," she said at a news conference.

Protesters calling for the city not to create a vaccine mandate have made regular appearances outside Wu's home in Roslindale for days — and her vaccine mandate has prompted a sometimes-racist outcry since she announced it.

Just before 7:30 a.m. Saturday morning, a man who indicated he's her neighbor tweeted about it: "well at least the protest playlist is better than yesterday's, sorry it's so early. I support you."

Wu responded with an apology to him, and later replied to someone who criticized her for characterizing the protests as hateful by saying it's important not to normalize hatred when the protesters have chanted, "Happy birthday, Hitler," on her birthday Friday — leading her young son to ask who else's birthday it was.

Asked about it later at a news conference about the new vaccine mandate, Wu noted that the megaphone-amplified protests have "been a pretty regular occurrence," and that they don't just affect her, but her family and her neighbors, including "a 96-year-old veteran who deserves to have his sleep in the morning."

But she said that it won't dissuade her from continuing with Boston's vaccine mandate for indoor spaces like restaurants, gyms and indoor recreational facilities including theaters and sports venues, as well as some other businesses. Wu is also requiring city workers to be vaccinated by this month.

"I have never once backed down from a position or an issue because people are yelling or getting loud," she said. 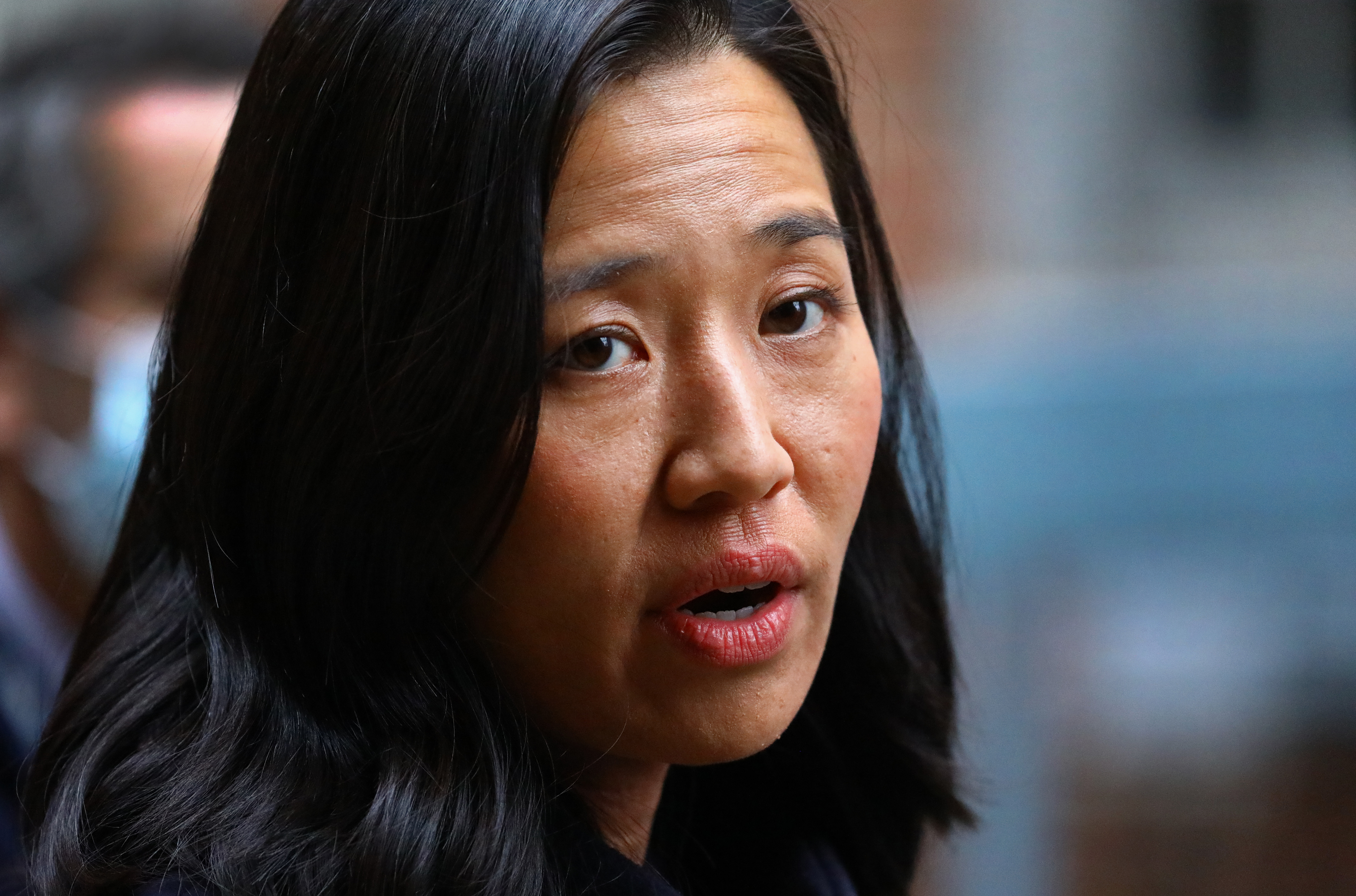 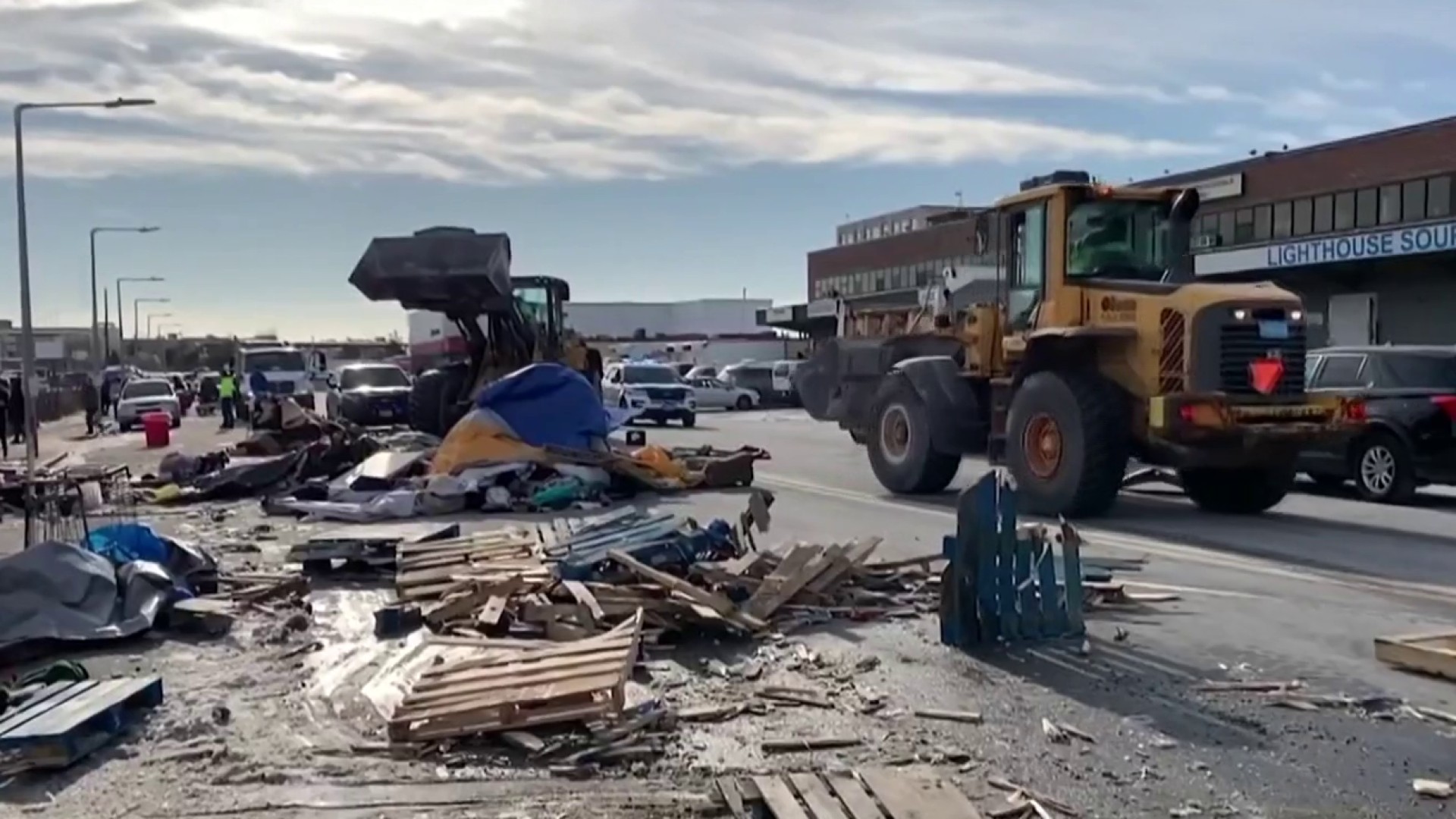 She continued by noting that misinformation is a national issue but one that underlines the deep effects the pandemic is having on people.

She also noted that she's "used to this," as many women of color have dealt with vitriol.

City Council President Ed Flynn emphasized that point at the news conference. He said his father, Ray Flynn, had protesters come to their house while he was in mayor in the 1980s and 90s.

"But I think the difference is the level of intensity that's happening today wasn't there when my father was there, and I honestly believe some of it is related to an anti-Asian sentiment that we have in this country," Flynn said.

In the last year, apart from the spread of coronavirus, there has been increased sentiment of hate and racism targeted at the Asian community.

Flynn said he was proud to work with Wu — who is the city's first Asian American mayor, and the first woman or person of color elected to the position — and said it's important that everyone "treat our immigrants with respect and dignity."

Last month, protesters filled Boston City Hall when Wu announced plans for the vaccine mandate and vaccine passports. And while some applauded the decision, other reactions were extreme, and in some cases misogynistic and racist.

Boston Mayor Michelle Wu is facing heavy push back for her new COVID mandate and has received many hate messages, some targeting her gender and ethnicity.