Without Bill Belichick, Tom Brady won his seventh Super Bowl and is on pace to throw a career-high 53 touchdown passes at age 44.

Without Brady under center, Belichick is 63-75 over his career, including 8-11 since the future Hall of Fame quarterback left New England for Tampa Bay.

Brady vs. Belichick? The numbers don’t lie, but it’s not that simple.

The ultimate NFL grudge match takes center stage Sunday night when Brady returns to face the Patriots (1-2) for the first time with the Buccaneers (2-1).

Tom Curran talks with Tom Brady’s former roommates, David Nugent and Chris Eitzmann, about the condo they shared in 2000. What was the mindset of a young Tom Brady, and did his roommates think he would go on to have such a successful NFL career? Also, how competitive was Tom when it came to the ‘Tecmo bowl’ tournaments they had?

For many, the Brady vs. Belichick debate ended when No. 12 led the Buccaneers to a convincing 31-9 victory over the Kansas City Chiefs and earned his fifth Super Bowl MVP award last February. Brady’s success in Tampa and Belichick’s struggles since the GOAT left Patriot Place proves the quarterback was more valuable than the coach. It’s clear the Patriots wouldn’t have won six Super Bowl titles without Brady.

However, it’s fair to say Brady wouldn’t have earned six rings in New England without Belichick. He drafted Brady in the sixth round with the 199th overall pick and built a dynasty around him led by a tenacious defense that helped them tremendously during their two decades together.

The Patriots won their first Super Bowl because their defense stymied Kurt Warner and the “Greatest Show on Turf” Rams. The defense did it again against Sean McVay’s Rams in Brady and Belichick’s final championship season.

Of course, Brady led the offense on the winning drive in the final minutes of that first one and the clinching drive late in the fourth quarter of the last one.

Belichick’s defense was a no-show when Brady threw for 505 yards in a Super Bowl loss to Nick Foles and the Philadelphia Eagles. That defense needed Brady to bail them out a year earlier in the stunning 34-28 comeback win over Atlanta in overtime.

“What Brady has been able to do in his career I’ll never take anything away from him. Greatest athlete in my opinion to ever play any sport, and obviously, the greatest football player,” said former Patriots tight end Jermaine Wiggins, a member of New England’s first championship team. “But for me I look at Bill, and what Bill has done for this organization, it’s about drafting guys and bringing guys in here and giving guys opportunities. And he gave Brady that opportunity. Tom Brady, a lot of the stuff he knows now and I think what you’re seeing down in Tampa, Brady has taken everything that Bill taught him and now implemented in Tampa - getting those to buy in down there.”

Some Patriots fans have been on a wait list for season tickets for more than a decade, and never got the chance to see Tom Brady suit up for the home team.

So, Brady vs. Belichick depends on the question.

Who needed the other more? The best answer just might be they needed each other.

Belichick’s strategy, attention to detail and emphasis on discipline was vital. Brady’s talent, drive and work ethic made winning possible. Brady needed Belichick more in his 20s than he did in his late 30s and now in his 40s. He’s thriving in Bruce Arians’ offense surrounded by excellent playmakers at the skill positions.

“Well, I have 20 years of being there and, obviously he’s a great mentor for me,” Brady said this week on his SiriusXM podcast. “And, yes, there’s definitely great lessons I’ve learned from him. He’s a great football coach and he does a great job for his team. Any player I think they would just hope that their coaches give them everything they’ve got, and I’m sure every great coach wants every player to give them everything they’ve got. And I think that’s what makes a great relationship.”

Who is more important to a team’s success? Brady hoisted another Vince Lombardi Trophy and playfully tossed it from one boat to another in his first season after leaving New England. Belichick doesn’t even have a winning record with all other QBs.

Some Patriots fans have been on a wait list for season tickets for more than a decade, and never got the chance to see Tom Brady suit up for the home team.

“Tom’s had an unbelievable career. There’s not enough superlatives and adjectives to compliment him on everything he’s achieved and continues to achieve,” Belichick said. “It’s unbelievably impressive. Nothing Tom does surprises me. He’s a great player. Works hard. Takes care of himself. He’s thought about playing until he’s 50 and if anyone can do it, he probably can.”

Brady and Belichick know each other better than anyone, making the X’s and O’s of their matchup as interesting as the emotional side angle.

No surprise that both men downplayed it.

“I think there’s a little bit of that with anybody that you play, other coaches, other players,” the coach said. “Certainly Tom has an intimate knowledge of everything that we do here, more than any other player in the league by far. So, I’m sure he’ll use it to his advantage. I would expect him to. I don’t think it would be in our best interest to go in there and do everything differently than we’ve done it all year. What we need to do is continue to do the things we do and do them better. That would help us more than anything else.”

No matter what they say publicly, it’s not just another football game. 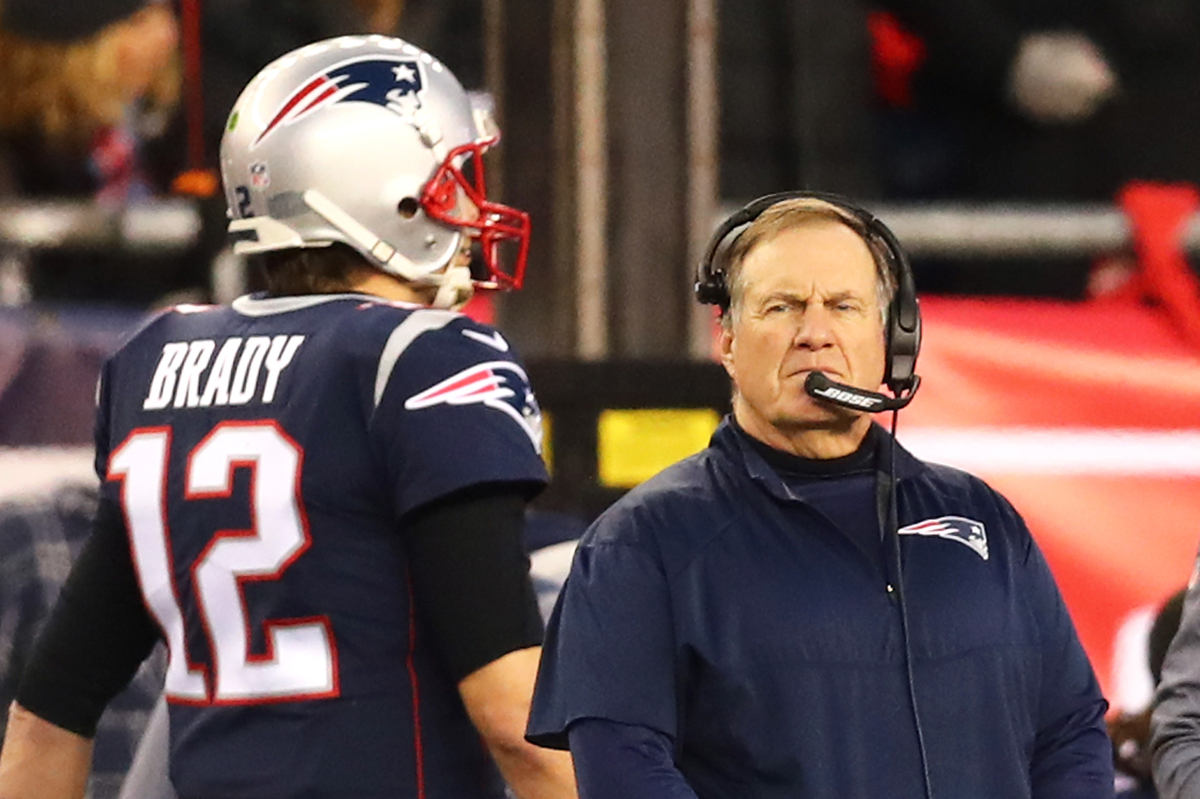 Is Tom Brady Or Bill Belichick More Valuable to Bettors? 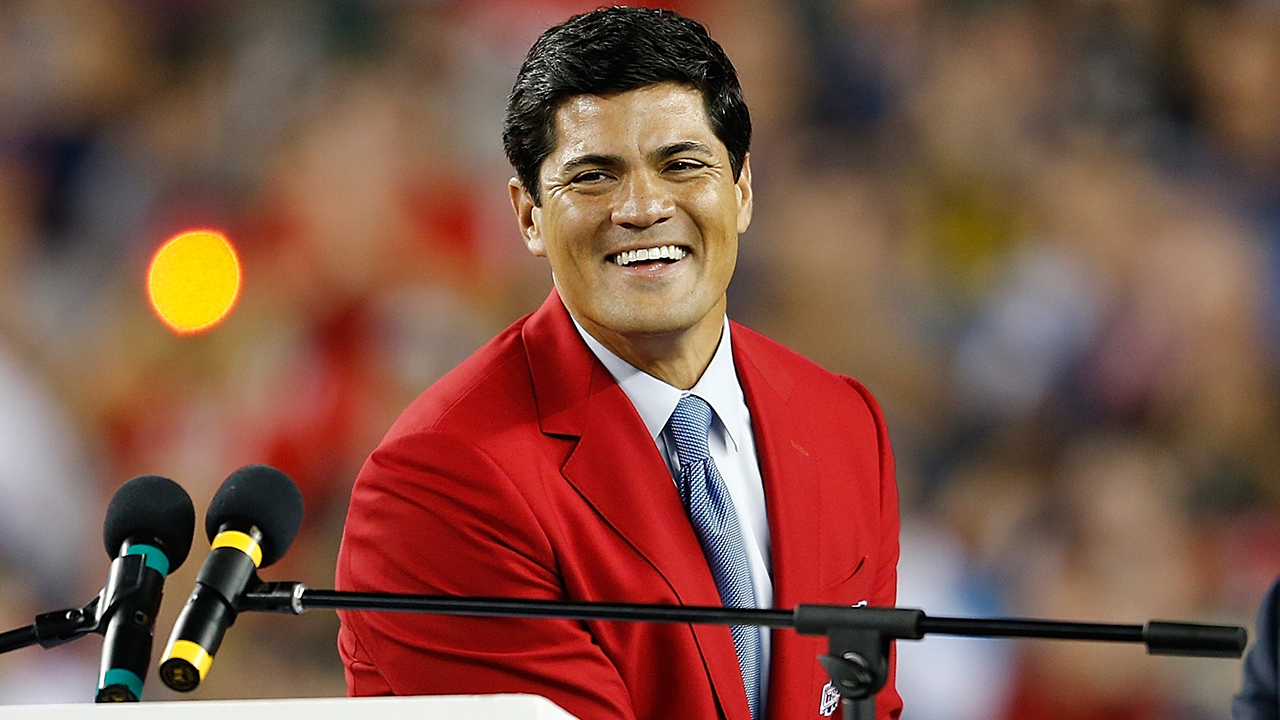