An independent review of the Boston Bruins’ player-vetting process found no misconduct by team employees but identified failures in the system that led to the signing of Mitchell Miller, who was convicted of assault in 2016 for bullying a Black classmate with developmental disabilities in middle school.

The team said Thursday it would overhaul the process that collapsed when it gave Miller an entry-level deal last month even though the Arizona Coyotes previously relinquished their rights after drafting him in 2020.

Bruins President Cam Neely said afterward the team “dropped the ball” and Boston rescinded its offer after harsh criticism around the hockey community, including the Bruins own locker room. NHL Commissioner Gary Bettman said the 20-year-old defenseman would not be eligible to play in the league without major changes.

The Bruins commissioned an independent review by a law firm led by former U.S. Attorney General Loretta Lynch. It looked at thousands of documents and communications before concluding on Thursday, the team said.

The Boston Bruins have now apologized after initially defending their signing of controversial defender Mitchell Miller, who was convicted in 2016 of racist bullying of a classmate when they were 14 years old.

“There were gaps in the club’s vetting procedures, which created challenges when faced, as here, with a recruit with significant red flags,” the team said in a statement. “The Bruins leadership has taken, and will continue to take, steps to ensure that organizational values and standards are upheld moving forward.”

Among the recommendations: to “establish clear written policies for vetting off-ice conduct, including identifying red flags requiring detailed vetting and documented resolution.” Vetting will be tracked, and red flags that are discovered will be documented and shared with all of those involved in the process.

“The steps we are announcing today underscore our organization’s commitment to our values, including our process for vetting future players,” Bruins CEO Charlie Jacobs said. “These improvements, which the team will begin implementing immediately, will help ensure that we are meeting the high standards our associates, fans and community expect from this great organization.”

More on the Mitchell Miller signing 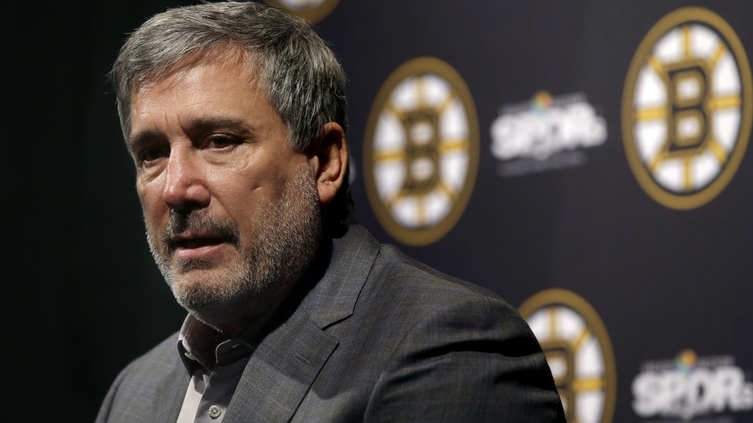 ‘We Dropped the Ball,' Neely Says After Bruins Cut Ties With Mitchell Miller

After Player Signing Scandal, Bruins Bring in Former US Attorney General for Review