Jacob DeSantis is honoring the memory of our fallen heroes, one step at a time.

Honoring the memory of our fallen heroes, one step at a time.

Army Veteran and Burlington Police Officer Jacob DeSantis made it his mission this Memorial Day to spend every minute – from midnight Monday through midnight Tuesday – in a ruck march around the high school track, to remember and raise money for Massachusetts Fallen Heroes.

“I lost two of my very close friends in the military due to veteran suicides, so that impacted me a lot, it hit very close to home, so I wanted to pay my respects to them," Officer DeSantis said.

Throughout the day, DeSantis was supported by his fellow officers and his tight-knit family.

“I think he just kind of wants to push himself physically and kind of feel that pain," Officer DeSantis’ mom Christine DeSantis said.

He was also supported by members of the community doing a small part to honor his mission.

Ten-year-old Boy Scout Evan McNamee said while carrying the American flag, “Carrying ten pounds for two laps is nothing compared to what the police officer is doing, he’s doing like 100 pounds for like 24 hours, heck who knows how many laps that is.”

Active duty service member Starlet Baker and her veteran husband Matthew of Billerica felt it was important to bring their two children here to show them the true meaning of Memorial Day.

Baker said, “Just to be here and honor those who have fallen, is just kind of beyond words.”

DeSantis says it’s that support and strength that will get him through the roughly 70 miles he will have walked by the end of his 24-hour mission. “I already know my body’s going to fail me,” said DeSantis, “it’s going to get cold, it’s going to get rainy, but at the end of the day, it’s just – it’s all going to be worth it.” 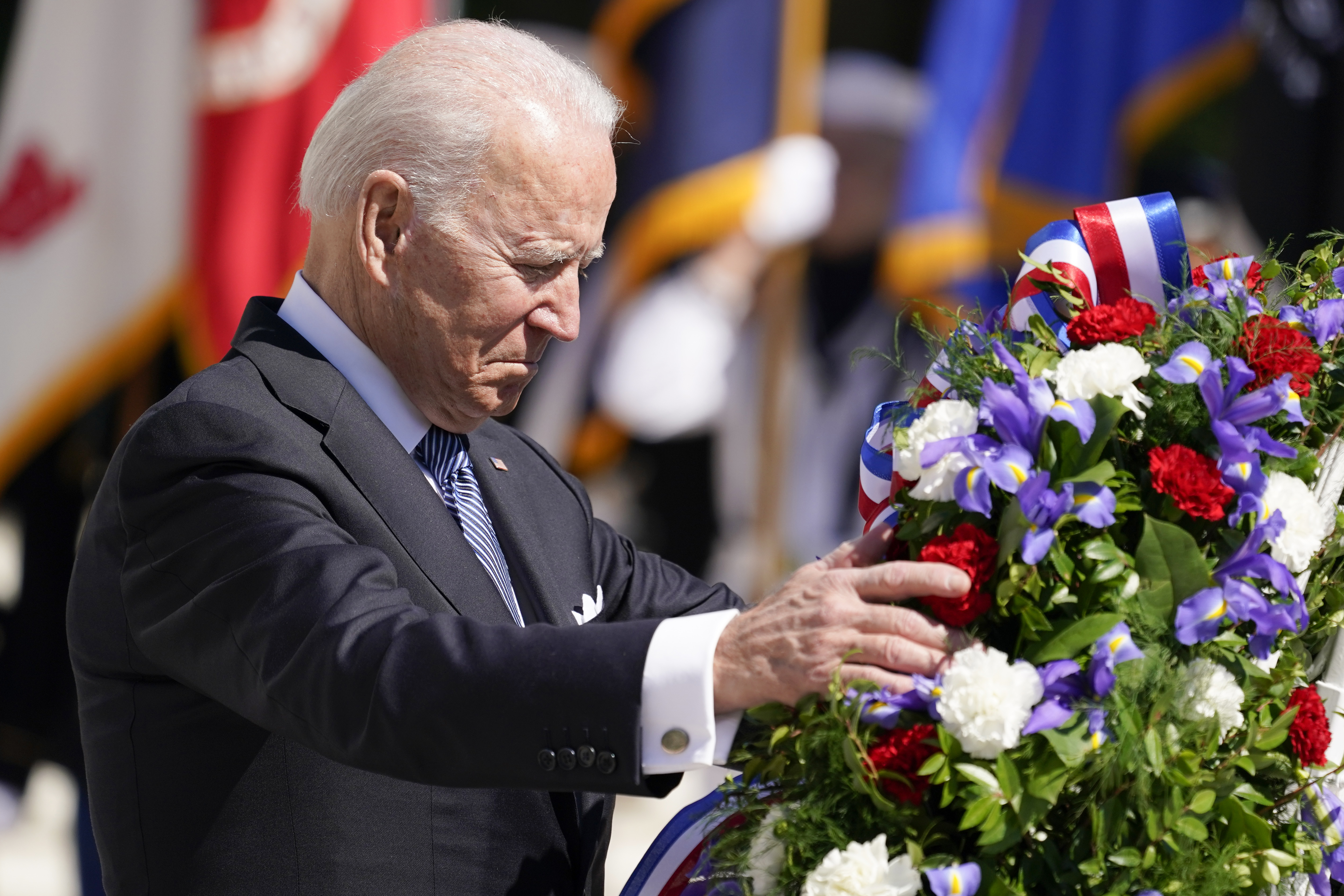 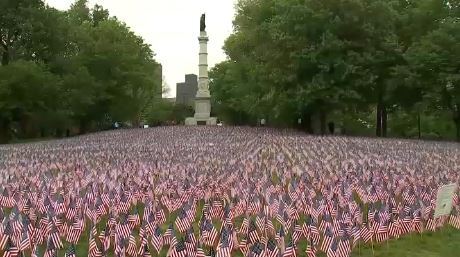