"I'd like 100% but, hey, we'll take it. Any positive news is great at this point," said the general manager of one pub

Massachusetts' stadiums, arenas and ballparks will be finally able to open their doors on Monday, though with restrictions, as the next phase of the state's reopening plan begins.

Nearby businesses are gearing up for more customers. In fact, businesses like restaurants near Fenway Park were already bustling on Saturday -- restaurants are able to seat up to 100% of their capacity, and the weather felt like spring.

But come baseball's opening day on April 1, foot traffic will likely increase, great news for businesses that count on Red Sox fans. That's when the Sox will begin their season at Fenway Park, with fans allowed inside up to 12% of capacity under Phase 4, Step 1of Massachusetts' reopening plan.

"It's gonna be great to have 12% capacity in the park. I mean, I'd like 100% but, hey, we'll take it. Any positive news is great at this point," said Joseph Hicks, general manager of the pub Game On Fenway.

As of Monday, nearly one million people were fully vaccinated in Massachusetts as the state prepares to move into Phase 4, Step 1 reopening on March 22.

The Red Sox' home field and other large-scale sports venues like TD Garden and Gillette Stadium will be permitted to operate at 12% capacity starting Monday. Gathering limits at event venues and public settings will rise to 100 people inside and 150 people outside -- though not yet that high in Boston -- while a number of dance floors will be allowed at weddings and overnight camps will be allowed to operate.

Customers of businesses near Fenway Park have also expressed excitement over the next phase of reopening.

Kaela Schumann, who recently moved to the Boston area, said it is nice to finally be able to explore the area.

"Just being able to get out and about right now feels so good," Shuman said.

Rebecca Brown enjoyed the afternoon out with her husband, Delano, after being in quarantine for the last year.

"It's been a struggle, but honestly, getting back out here, it feels great. To be around people again, nice weather...it's really good for your mind," Delano Brown said.

Restrictions may lift further in Boston if coronavirus metrics improve further, which some have been doing, though others have leveled off. 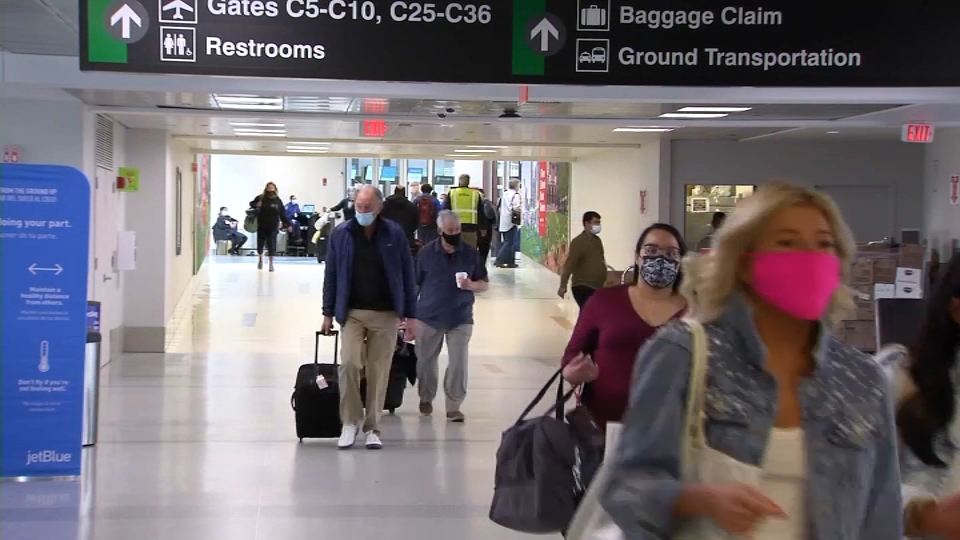 Mass. Will Relax Its Travel Restrictions Soon. Here's What You Need to Know