When asked if Newton's vaccination status had anything to do with his release, Belichick said, "no."

Patriots head coach Bill Belichick said Cam Newton's vaccination status did not play a role in his decision to release him during a Wednesday morning press briefing.

"We have other players on the team who are unvaccinated, as I would say probably does every other team in the league," Belichick said via Zoom. "We've had minimal, but throughout the league there have been a number of - quite a high number I would say - of players who have had the virus who have been vaccinated."

When asked if Newton's vaccination status had anything to do with his release, Belichick said, "no."

"The number of players and coaches and staff members that have been affected by COVID in this training camp, who have been vaccinated, is a pretty high number," Belichick said. "I wouldn't lose sight of that."

Belichick declined to get into specifics on how he made the decision to release Newton and name Mac Jones as starting quarterback, other than to say, "there's a lot of factors that are involved." He did speak to the difficulty of making those calls more broadly.

"It just goes without saying that it's, you know, it's not an easy situation for anybody -the team, the player or the teammates that, you know, see those things happening along the way," Belichick said. "Yet, it's something that we all know is part of, you know, playing professional football and we all signed up for that. So this comes with the territory."

Belichick noted that the roster building process is "far from complete," and that the Patriots will be starting to assemble a practice squad Wednesday.

"Really the most important thing right now is to try to put the best roster together that we can to compete during the season," Belichick said, adding that the team needs to prepare for Miami.

For his part, Newton responded to his release on Instagram Tuesday morning, saying "I really appreciate all the love and support during this time but I must say... please don't feel sorry for me!! I'm good."

Later Tuesday he shared the same message on Twitter. Meanwhile, Jones practiced for the first time as the team's starting quarterback.

A backup quarterback, Brian Hoyer, was cut later Tuesday, though he may be brought back later on in the season.

When asked how much having those few days to himself helped Jones beat out Newton for the position, Belichick said, "I don't know."

While Newton played well at times this summer, Jones has made great strides since the Patriots selected him No. 15 overall in the 2021 NFL Draft. The Alabama product completed 36 of 52 passes (69.2%) over three preseason games with one touchdown and no interceptions and excelled in joint practices with the New York Giants last week with Newton sidelined due to COVID protocols.

"I feel like he's been able to show an ability to do things the way we want them done at a productive level," Belichick said. "So he's young, I'm sure he'll continue to learn and grow, we'll see where that goes, but that's why we drafted him and I think he's come in and perform at a level that supports that."

As NBC Sports Boston's Tom E. Curran wrote Monday, Jones did enough to earn the starting QB job from Newton, and it appears Belichick has rewarded the rookie for his efforts.

The ending for Newton in New England is the beginning for Jones. 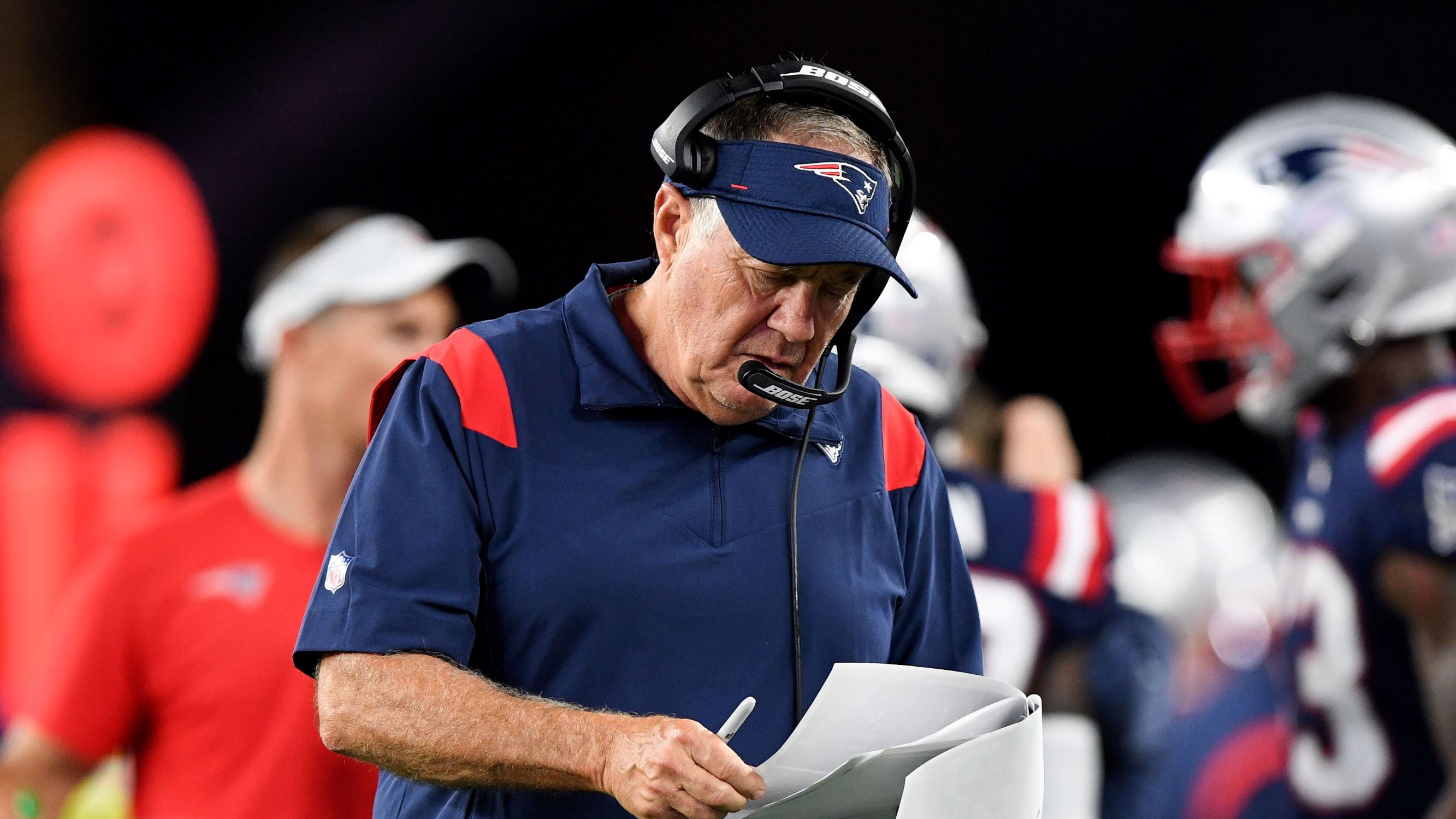 Cam Newton Reacts to Release From Patriots on Instagram