The water bottle was hurled at Irving after he helped the Nets to a 141-126 victory on his way down the tunnel at the TD Garden.

A police report released Tuesday included new details about Sunday's incident in which a Boston Celtics fan threw a water bottle at Brooklyn Nets star Kyrie Irving as he walked off the TD Garden court.

Cole Buckley, 21, of Braintree -- whose occupation is listed in court paperwork as a student at the University of Rhode Island -- made national headlines and earned stern rebukes from many in the basketball community after he allegedly threw the water bottle after the Nets dismantled the Celtics in Game 4 of their playoff series.

Buckley was promptly identified and arrested by TD Garden security, and will be subject to a lifetime ban from the venue, according to a spokesperson.

He was initially due to be arraigned in Boston Municipal Court on Tuesday but the court date was postponed until Wednesday. He is being charged with assault and battery with a dangerous weapon.

A police account of the incident released Tuesday reveals that the Dasani water bottle "grazed the head" of Irving. Earlier reports had said the bottle narrowly missed him.

"Towards the end of the game, the PC1 (Capt. Terenzi) called for Officer Rooney to assist with security to remove a fan," the report reads. "The PC1 advised that security was off with a suspect that three a Dasani water bottle at the head of Brooklyn Nets player Kyrie Irving. Upon arrival, Officer Rooney handcuffed and removed the suspect from the arena, while Capt. Terenzi spoke with the witnesses. A witness from TD Security (Jack McCorkle) advised that he witnessed the suspect (Cole Buckley) throw a Dasani Water bottle that grazed the head of Irving. The event was also witnessed by Brooklyn Nets Security (Fred Galloway). Security located the suspect who had thrown the water bottle as Brooklyn Nets players were exiting the court and headed into the locker room. The witness (McCorkle) stated there is a video of the incident."

The report said Buckley was escorted out of the arena and transported to the police station. He was booked without incident.

Attempts by NBC10 Boston and NECN to reach Buckley were not successful.

Boston Globe Columnist Dan Shaughnessy said the incident was particularly unfortunate considering Irving put Boston on watch just last week. Irving, who broke a promise to re-sign his contract with the C's, said he hoped for "no belligerence or any racism" when he returned to the TD Garden for the first time since he left the team.

"Why is this happening?" asked NBC Sports Boston Celtics insider Chris Forsberg. "Just because people have been pent up inside living on social media saying whatever they want? Now that we get back into normalcy we don’t know what to do with ourselves."

The man is now facing an assault charge and will be arraigned in court on Tuesday.

It's the latest of multiple irecent ncidents in the NBA involving inappropriate fan conduct. During Game 2 of the Washington Wizards-Philadelphia 76ers series, a Philly fan dumped popcorn on Russell Westbrook's head as he exited the court with an injury. A Utah Jazz fan made lewd, racist comments toward Memphis Grizzlies star Ja Morant's parents during Game 2 of their series.

The NBA is now looking to update its code of conduct for fans, stating it will no longer tolerate anything that jeopardizes a safe and respectful environment.

Tricia McCorkle, a TD Garden spokesperson, said in a statement that the incident in Boston is "under review."

"We have zero tolerance for violations of our guest code of conduct, and the guest is subject to a lifetime ban from TD Garden," McCorkle said.

Fans of both teams denounced the behavior.

"I’m glad something finally got done. He should face charges," Brooklyn Nets fan Chris Rue said. "I hate to say it, but don’t be an idiot." 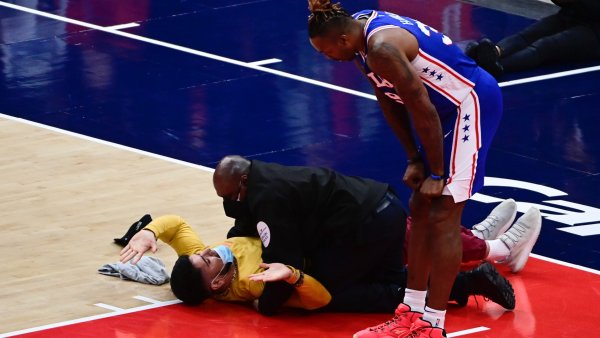 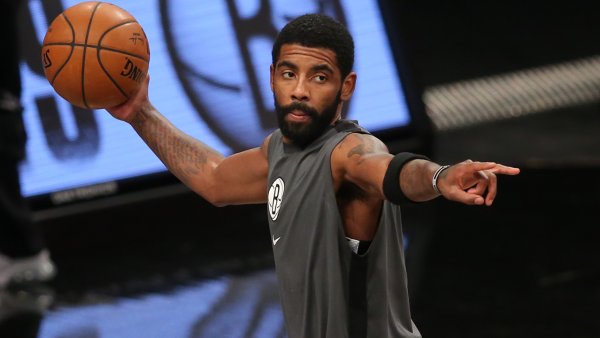