The police reform bill will likely surface for final approval on Tuesday, when the Massachusetts House and Senate are each scheduled to meet

The 129-page bill is based on legislation that passed through the House and Senate as a response to national protests against police violence and the disproportionate impacts communities of color experience from the criminal justice system.

The compromise creates a police accountability and oversight system, under which officers would need to be certified every three years and could lose their certification for violations including excessive use of force.

Negotiators said late Monday they were pleased with the progress the compromise represents but hope for additional action in the future.

"This is a landmark decision that begins to address the inequities that we have seen in our police institutions for a long time," said Rep. Carlos Gonzalez, who chairs the Black and Latino Legislative Caucus and was one of the six conference committee members who negotiated the final version. "Like everybody has said, one bill is not going to address every issue, but we are confident that this bill starts to begin the process of holding police accountable in a transparent way and having an independent body investigate police misconduct when and if it occurs."

"There's a lot more work that needs to be done, but we are excited about beginning to answer the cries of the protesters and, for too long, many of the deaths that have gone unattended due to not having police accountability," Gonzalez, a Springfield Democrat, added.

The conference committee's bill will likely surface for final approval on Tuesday, when the House and Senate are each scheduled to meet.

Asked about his reservations Monday, Tarr declined to identify any. He said he was "still reading the bill" after first seeing the finished product "a short time ago." He did not say whether he would vote for or against accepting the committee's report.

"I'm looking at everything," Tarr, who voted present on the Senate's original police reform bill, said. "This is a bill where the details are important, so that's why I'm reviewing them once again."

Passage of the original House and Senate bills in July was a contentious process, featuring multiple days of debate and vote margins -- 93-66 in the House and 30-7 in the Senate -- significantly tighter than most.

Gov. Charlie Baker filed his own, somewhat narrower police accountability and certification bill in June. He has not publicly taken a position on some key measures of the Legislature's version, including its reforms of qualified immunity.

However, he may have more sway over what ultimately becomes law than he does on many other issues. While Democrats wield super-majorities in both chambers, the original House vote did not surpass a two-thirds majority, so legislative leaders may not have the numbers to pass something Baker does not like.

The legislation would create a Peace Officer Standards and Training Commission responsible for setting police standards across the state, certifying law enforcement officers, and investigating potential wrongdoing by police.

Nine members would sit on the commission, with three hailing from law enforcement backgrounds and six coming from civilian life.

The governor and attorney general would jointly appoint the remaining three members, one of whom must be nominated by the Massachusetts Commission Against Discrimination.

"There's no other supervisory board in the country like this one with the extent of power that it has to monitor, to directly discipline and to hear complaints directly," Brownsberger, a Belmont Democrat, said. "It's a majority civilian board. Almost all of the rest of the boards in the country are all law enforcement, so this is a very, very strong innovation."

The commission is empowered to examine alleged misconduct and revoke officers' certifications for a range of offenses, including use of chokeholds, falsifying timesheets, and failing to intervene to prevent another officer from excessive use of force.

On qualified immunity, a controversial policy that shields police and other public employees from facing civil lawsuits in state court, the conference committee's bill ties the protections to the licensing procedure and revokes it in any case where an officer is decertified.

The bill also creates a legislative commission to study qualified immunity and report on its impacts as well as potential reforms by Sept. 30, 2021.

Negotiators embraced the approach in the House's original bill and dropped the Senate's language, which would have allowed lawsuits to proceed in some cases against officers who should have reasonably known they were violating civil rights.

"It landed on the House position," Brownsberger said of the qualified immunity talks.

Asked for her thoughts on the final position, Chang-Diaz, referring to Brownsberger's comment, replied, "That's an accurate description."

Like Gonzalez, Chang-Diaz -- the Senate's only member of the Black and Latino Legislative Caucus -- said the bill is not a complete solution but praised it as an important step.

"I'm really satisfied with the total product of this bill," she said. "It does not have everything that I want. It probably doesn't have everything that any one of us wants. But it is a final package that strikes a lot of wins for accountability, for community voice at the table of power, for changing our vision for what public safety is and means from one of force and punishment to one of de-escalation and helping and prevention. I think there's a tremendous amount in this bill to be proud of."

Both she and Gonzalez said the compromise legislation met all of the demands the Black and Latino Legislative Caucus laid out this summer.

The final bill also includes language the House added through a Rep. Liz Miranda amendment allowing no-knock warrants only in cases where police have no reason to believe children or those over 65 are in a home.

Police leaders did not weigh in immediately in the wake of the bill's release.

"Nationwide, people have taken to the streets to end police violence, and we applaud the Beacon Hill leaders who committed early to respond to calls for reform and racial justice," Rose said in a statement, expressing gratitude to lawmakers for "a bill that begins to address the challenges of this historic moment."

Lawmakers were pressed into action by massive protests and demonstrations. In a joint statement on Monday, House Speaker Robert DeLeo and Senate President Karen Spilka said the bill is "one of the most comprehensive approaches to police reform and racial justice in the United States since the tragic murder of George Floyd."

"Our approach strikes a balance that will provide greater protections for the rights of all residents through a strong police officer certification process via a new, independent agency, and setting clear standards for training and use of force, while providing a wider range of tools for law enforcement to provide for the safety of the public," they said.

The conference committee is the first of six such panels privately negotiating major legislation to finish its work. Four of the remaining five have been at work since the summer, working well past the traditional July 31 end of formal lawmaking sessions after lawmakers agreed to an extension. 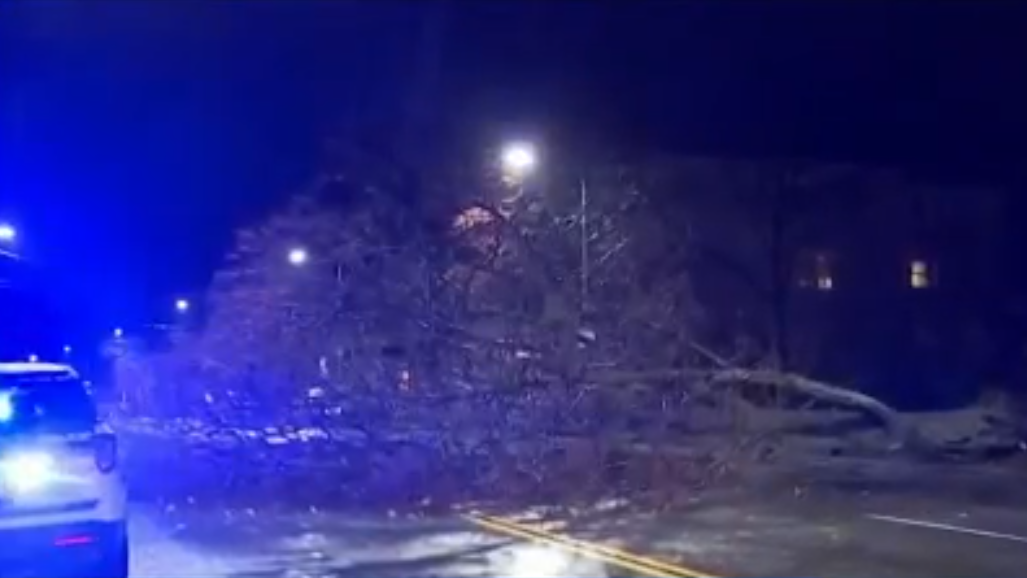 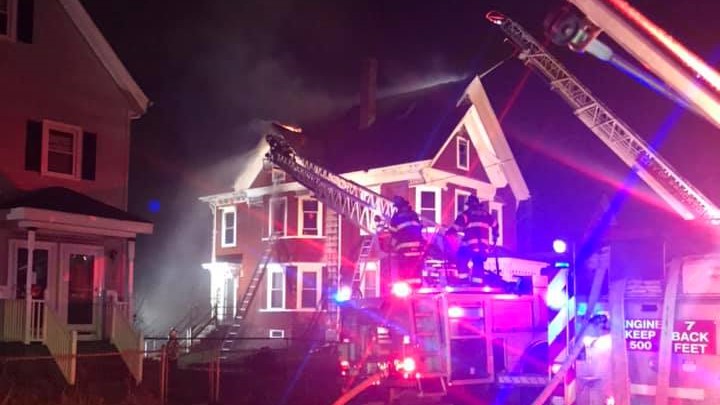 Brockton Fire Chief: ‘One of the Toughest Fires I've Ever Fought'